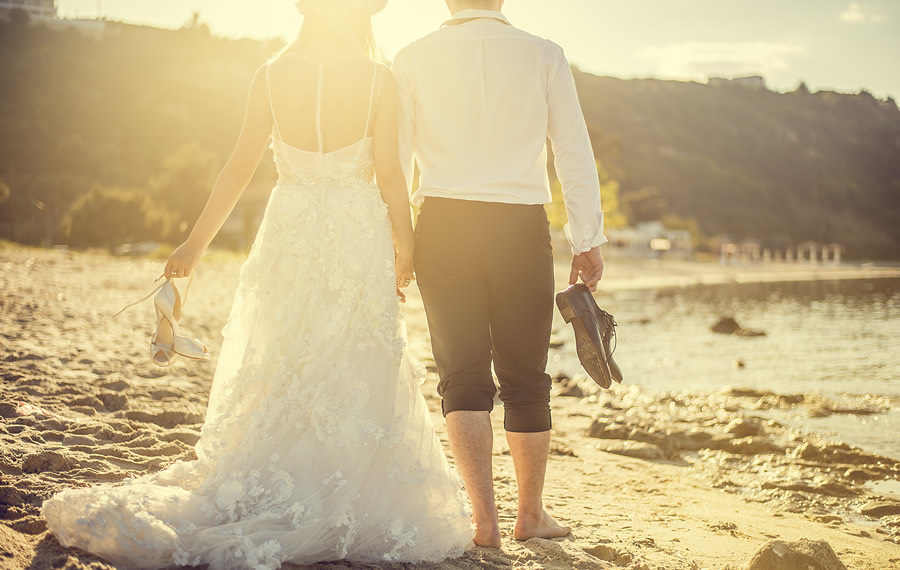 When the Supreme Court delivered its blow to marriage in 2015, burning down three dozen state laws and tearing up 50 million ballots, the GOP’s reaction was straightforward. Outrage. With a handful of exceptions, the response that echoed across the two coasts was a collective “How dare they?” As far as Republicans were concerned, what the five justices did on that June day was a betrayal of the people, our system of government, and the pillar that’s upheld society since the beginning of time. “It’s an injustice,” they railed. Now, seven years later, they finally have a chance to prove it. The question is: will they?

Keep in mind that when the Supreme Court redefined marriage for America in 2015, we became only the 23rd country out of 195 to do so, and only one of seven to have it imposed on us by a court. Still today, there are only 33 countries that have gone down this path of redefining marriage.

But as time has gone on, Republicans seem to have gotten increasingly comfortable letting the court decide an issue they argued was rightly the legislatures. That shock was driven home Tuesday when 47 House members walked away from the party’s principles and platform to cast a vote for same-sex marriage. The list included a surprising number of our movement’s friends, men and women we never mistook as anything but conservative. Now, Senate Majority Chuck Schumer (D-N.Y.), smelling blood in the water, is eager to drive an even deeper wedge — insisting he’ll move forward with his own vote if he can find 10 Republicans foolish enough to endorse it.

Twenty-four hours later, at least four Republicans have taken the bait, walking into a political trap that could very well eat into the margins the GOP needs in November. To no one’s surprise, liberal Republicans Susan Collins (Maine) and Lisa Murkowski (Alaska) are on board, as well as outgoing Senator Rob Portman (Ohio). But the real bombshells started dropping Wednesday, when more conservatives seemed to be testing the waters on a radical issue that seven years ago they vehemently opposed. Names like Roy Blunt (Mo.), Joni Ernst (Iowa), and Thom Tillis (N.C.) started popping up in news stories as possible “yes”es.

Republicans seem to have gotten increasingly comfortable letting the court decide an issue they argued was rightly theirs.

Then-Congresswoman Marsha Blackburn (R-Tenn.): “Today’s Supreme Court decision is a disappointment. I have always supported traditional marriage. Despite this decision, no one can overrule the truth about what marriage actually is — a sacred institution between a man and a woman. I have always believed marriage is between one man and one woman and I will continue to work to ensure our religious beliefs are protected and people of faith are not punished for their beliefs.”

Senator Roy Blunt (R-Mo.): “I’m disappointed in this decision. My view is that family issues in Missouri like marriage, divorce, and adoption should be decided by the people of Missouri.”

Senator Shelley Moore Capito (R-W.Va.): “West Virginia’s greatest strength is our people. Regardless of our differences, we care for our neighbors, friends, and communities in need. Acknowledging that we have differing views, the Supreme Court has made its decision. While I would have preferred that the Supreme Court leave this decision to the states, it is my hope that all West Virginians will move forward and continue to care for and respect one another.”

Senator Joni Ernst (R-Iowa): “I am disappointed by the Supreme Court’s decision and its failure to recognize the freedom of our states to make their own decisions about their respective marriage laws. While it is my personal belief that marriage is between one man and one woman, I maintain that this is an issue best handled at the state level.”

Senator Chuck Grassley (R-Iowa): “Traditional marriage has been a pillar of our society for thousands of years — one that has remained constant across cultures, even with the rise and fall of nations. I believe marriage is between one man and one woman. Marriage is a sacred institution. Its definition should not be subject to the whims of the Supreme Court where five justices appointed to interpret the Constitution instead imposed social and political values inconsistent with the text of the Constitution and the framers’ intent. Today’s decision robs the right of citizens to define marriage through the democratic process.”

Senator Mike Lee (R-Utah): “Today, five Justices took a vital question about the future of American society out of the public square, imposing the views of five unelected judges on a country that is still in the midst of making up its mind about marriage. That is unfortunate, but it is not the end of the discussion, as Americans of good faith who believe that marriage is the union of a man and a woman will continue to live as witnesses to that truth.”

Then-Senate Majority Leader Mitch McConnell (R-Ky.): “I disagree with the court’s ruling. Regardless of one’s personal view on this issue, the American people, through the democratic process, should be able to determine the meaning of this bedrock institution in our society.”

Senator Rand Paul (R-Ky.): “I believe in old-fashioned, traditional marriage. But I don’t really think the government needs to be too involved with this.”

Former Presidential Candidate Mitt Romney (R-Utah): “I believe that marriage is a relationship between a man and a woman, and that’s because I believe the ideal setting for raising a child is where there’s a mother and a father in the home. Other people have differing views and I respect that, whether that’s in my party or in the Democratic Party. But these are very personal matters. My hope is that when we discuss things of this nature, we show respect for people who have differing views.”

Senator Mike Rounds (R-S.D.): “Today’s ruling is a blow to state’s rights. I believe states have a constitutional role in setting their own policy on marriage. Marriage is between a man and a woman, and traditional families play an important role in the fabric of our society.”

Senator Ben Sasse (R-Neb.): “Today’s ruling is a disappointment to Nebraskans who understand that marriage brings a wife and husband together so their children can have a mom and dad. The Supreme Court once again overstepped its constitutional role by acting as a super-legislature and imposing its own definition of marriage on the American people rather than allowing voters to decide in the states. As a society, we need to celebrate marriage as the best way to provide stability and opportunity for kids. As President Obama has said, there are good people on both sides of the issue. I hope we all can agree that our neighbors deserve the freedom to live out their religious convictions.”

Senator Tim Scott (R-S.C.): “I continue to believe that marriage is between one man and one woman. The Supreme Court’s overreach into decisions that should be made by states and the people living and voting in them is disappointing. Moving forward, we must ensure families and religious institutions across America are not punished for exercising their right to their own personal beliefs regarding the traditional definition of marriage.”

Senator John Thune (R-S.D.): “The court has issued its opinion, but on this particular issue, I do not agree with its conclusion. I support traditional marriage.”

Senator Pat Toomey (R-Pa.): “Today, the Supreme Court has ruled that all states must recognize same-sex marriage. Understandably, many people will celebrate this decision. While I disagree with it, I acknowledge the Supreme Court’s ruling as the law of the land.”

What’s changed? Certainly not the significance of marriage — or the Constitution. Not the party’s platform or the role of states’ rights. If anything’s changed, it’s the ferocious war being waged against our children’s innocence, religious freedom, parents, and human biology. What’s changed is that we have a Republican Party willing to go to the mat for sports but seemingly unwilling to stand up for an institution whose redefinition has ignited a firestorm of persecution in America — the same redefinition that’s at the bitter root so many evils we’re fighting today in school classrooms, public libraries, our daughters’ locker rooms.

Seven years from now, will we be saying that those issues don’t matter? That the world has “moved on?” That we know someone who’s transgender, and the only way we can love them is to hand society over to their delusions?

If Republicans want to stick their finger in the cultural winds to decide where they stand on timeless truths, then they are throwing away everything the American people have come to respect about today’s party — their courage, their common sense, their conviction. Maybe these senators think that linking arms with the Left makes them seem more compassionate or contemporary. But real leaders don’t vote out of fear or political calculus. They don’t take their cues from the courts or public opinion. They do what’s right, no matter what it costs them. That’s what voters respect. And that’s what voters, who have stood by this party’s values, deserve.