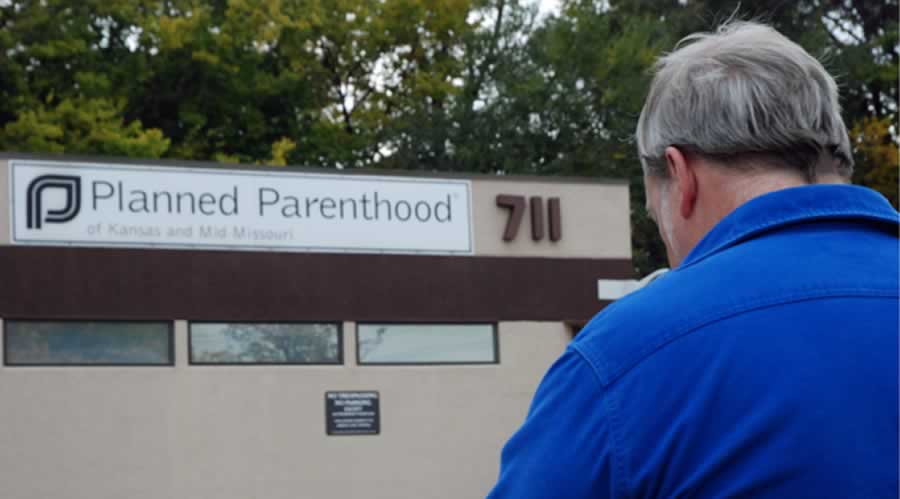 A member of the group 40 Days of Life prays outside Planned Parenthood of Kansas and Mid-Missouri near Providence Road on October 21, 2009.

“#RestinPiss” was actually a trending hashtag in America in recent days. Radio talk-show host Rush Limbaugh had died of cancer, and people were celebrating. Because of his own very public past of celebrating the deaths of those he disapproved of or disliked, it was declared justified. Some posts imagined with glee his entrance into hell. Do we really wish that upon a human being? I suspect some of the people tweeting such things don’t actually give a lot of thought to the reality of hell and our role in adding to the sins that get people there.

We are all only human, whatever our position is, no matter how much money or influence we have. Instead of condemning or mocking others, perhaps we should start examining our own lives, if not our social media accounts.

Who among us wants to be judged by the worst things we’ve done? I’m certainly praying that the good things are taken into account when I die.

Americans need to take a deep breath, a few steps back from screens, and make some reflective and loving sacrifices for God and for each other. Whatever you believe, you know there is something going wrong in our current national scene, and we each have a role in finding the solution. It will take more than lip service or empty posturing.

There’s an ongoing campaign right now called 40 Days for Life, where people sign up for an hour of prayer outside an abortion clinic — some doing it every day. The goal is to be prayerful, peaceful. When I do it, truth be told, I tend to keep my rosary in my pocket. Others may hold a sign about hope, or offer patrons a brochure about options — or healing, if a patron is exiting. We shouldn’t make women feel like they have no other option than abortion. The women I’ve seen coming out of abortion clinics have looked miserable. Earlier this month, I saw one run out crying, as if she couldn’t get out of there fast enough. There must be a better way. But our current president isn’t interested in finding one.

We’ve gotten to our current place largely on a wave of euphemisms. “Choice.” “Health care.” “Freedom,” which might be the most bewildering. They mask ugly facts, and in doing so have led to a society with woefully misplaced priorities. Rhetoric is more important than action. Social media “likes” have replaced friendship. Political correctness has supplanted morality. And politics has replaced religion.

And now there is a proposed Equality Act. It’s certainly well marketed. Who can be against equality? Except that’s not what’s going on in this proposal. It means new obstacles to faith-based ministries. Don’t we want more people caring for their neighbors, rather than fewer? Catholic Social Services has gone to the Supreme Court because of the city of Philadelphia’s warped view of how to help children in foster care: Lock out the Catholic Church because of its views of marriage. Just let Catholic Social Services do what it does well, without having to go there. That’s not a judgment, that’s conscience. Catholic agencies are a lifeline for many families. What is to be gained by making them submit to a new morality or close their doors?

If President Biden really wants to be a healing figure, he’d hold back some of the most radical policies his party is pushing under the veil of euphemisms. And can we put politics in its place already? And may God have mercy on us all, however we voted in the last presidential election!