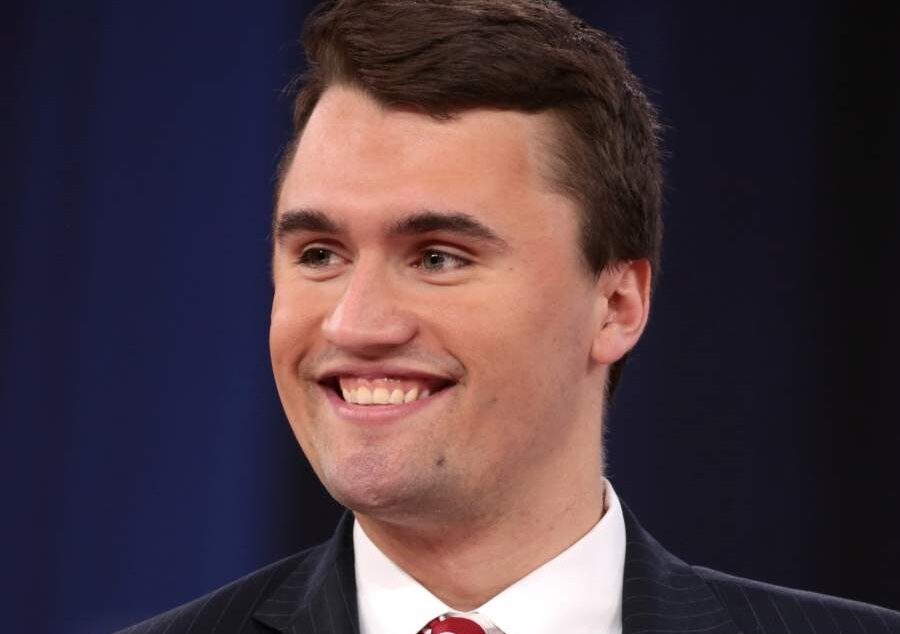 But the center’s reputation cratered with Falwell’s. And after he resigned amid sexual and financial scandal, some critics saw the Falkirk Center as a remnant of Falwell’s highly politicized and worldly leadership.

Roys’ reprise of recent right-wing history came because of news breaking at the New York Times. The Times reported that Charlie Kirk has been released from his leadership role at the Falkirk Center. Jenna Ellis and Sebastian Gorka are no longer fellows. The new name for the organization will be the Standing for Freedom Center or “Freedom Center” for short.

Falwell fell from grace in a series of scandals last August, culminating in his ouster and a decline in health. Kirk had a strong standing as long as Trump was president, since he worked closely with the White House. Obviously that changed with the results of last November’s election.

But is the upheaval on Liberty’s campus all about Trump, as the New York Times and many others have implied?

Yes and no. Let’s take a closer look.

Yes, This is Partly About Trump

Falwell and Kirk’s close relationships with Trump turned a lot of people’s disgust with Trump into a hatred for Falwell, Kirk, and their institute. An anti-Falwell group called “Save71” seems to have convinced many journalists that they speak for a large contingent of concerned student, staff, and alumni (there are reasons for skepticism). They were closely allied with Never Trumpers such as former Liberty fellow and Falwell critic Karen Swallow Prior.

Prior played a major role in ousting another Trump supporter, Paige Patterson, from his presidency at a different evangelical institution in Fort Worth, Texas. She led a petition signed by many Baptist women, urging the trustees to act against Patterson.

In 2018, Prior led feminists against Southwestern Baptist Theological Seminary over questions about how Patterson’s administration handled sex abuse cases. As critics have pointed out in multiple places, her convictions reveal doctrinal inconsistencies. Other more prominent ministers had even worse cover-ups, but their NeverTrump zeal seems to have protected them from her scrutiny. Prior has not challenged any of these people with the same kind of criticism she directs at solid conservatives like Patterson, Falwell, and other pro-Trump Christians. While accusing both Patterson and Falwell of unethical management, Prior did not raise any red flags about disturbing behavior on the part of people who shared her political views.

Prior’s petitions succeeded in driving Patterson out of Southwestern. The administration that took over after Patterson’s high-profile exit, under president Adam Greenway, fired all the high-ranking Black and Latino faculty. Greenway’s administration replaced them with white men. As I explained publicly, I felt uncomfortable with some of the racial dynamics at Southwestern. I felt that my commitment to multicultural education did place me at greater risk of backlash. The advocates for racial justice in the SBC are in many cases connected directly to Prior. But Prior did not come to the defense of me or the other people of color pushed out of our jobs and replaced by politically-connected white hires.

All signs indicate that politics colored and skewed the reactions against Patterson, Falwell, and Kirk. Prior’s selective outrage appears to follow an obvious pattern: she militates against pro-Trump people and leaves anti-Trump people alone. I would wager that my experience with the SBC would have been drastically different had I voiced opposition to Trump.

Many para-collegiate think tanks like Witherspoon Institute, Berkeley Institute, and Hoover Institute have also come under fire for the conservative views that their affiliated scholars share. Yet they still stand. The Falkirk Center seems to have attracted far more aggressive opposition because of the perceived ties to Trump.

But there’s much more here than just blind hatred for Trump and his allies.

We’re also looking at a simple case of “grand theft auto.” Think of both Southwestern and Liberty as expensive cars that can take people places. You don’t have to be leftist or anti-Trump to experience garden-variety envy or greed.

Non-profit entities with large holdings, such as Liberty and Southwestern, attract ambitious people who’d like to hijack their assets. Nonprofits are bound by state laws that regulate how funds can be spent. The game consists of getting the right people on the board of directors or in executive positions so that they can direct payments in the way one wants. If you can oust some board members and replace them with “your guys,” you get the fancy car.

Liberty’s endowment is many times larger than Southwestern’s, reported recently with assets nearing $3 billion. At this early stage of transition, we have precious little evidence of what the post-Falwell players plan for the campus’s equity, including the Falkirk Institute.

The Great Awokening Marches On

But we can get a general idea of what will happen at Liberty by looking at what happened at Southwestern, which is two years ahead on the slippery slope. The two campuses’ travails are tied together by common factors such as shared antagonists (like Karen Swallow Prior). They are both intertwined with the Southern Baptist Convention and Republican politics.

If Southwestern can presage the future for Liberty, what might we expect to happen to Liberty’s billions? Will they be spent on purposes consistent with the intentions of the donors?

Adam Greenway replaced Paige Patterson in February 2019, and by April 2020 he already called for the trustees to pass a resolution allowing him greater access to the restricted endowment funds. Southwestern Baptist Theological Seminary has holdings in excess of $100 million. It pays to be in Texas where a lot of oil and gas magnates are Baptists.

The Riley Foundation had been set up to provide funds to Baylor University and Southwestern Seminary, yet both institutions were in many ways adrift from core Baptist values. Greenway sued the Foundation to force them to appoint people he chose to its board, thereby ensuring cash flow to the seminary he had taken over with the help of activists who claimed their main concern was the response to sexual assaults against women.

Wrangling Over Power and Money

Talk about “entitled.” One could see legitimate reasons for concern about the Riley Foundation’s handing over of funds to Greenway’s directors. Greenway has gutted the archaeology program, the undergraduate Great Books program, the music program formerly led by renowned singer Leo Day, and the missions program where I had designed trips to El Salvador and London.

If all this news makes you feel like you need to take a shower, you are not alone. Money, power, mind games, treachery, and subterfuge make for great scripts on Netflix. It does not serve our church well. And these institutions depend upon their affiliation with churches for their very legitimacy. Maybe we need to rethink the whole concept of a Christian university.

Author and radio personality Eric Metaxas supported Trump and took a lot of flak for it. He still remains as an associate of the Falkirk Institute. If he is not the leading candidate to replace Kirk, he should be. His balanced, prudent, and principled presence might just save the Institute, and perhaps even Liberty University itself.

Robert Oscar Lopez can be followed at bobbylopez.me, on Twitter, or at his podcast, Big Brown Gadly.