The Woke Cult Kills Everything, Even Science Fiction 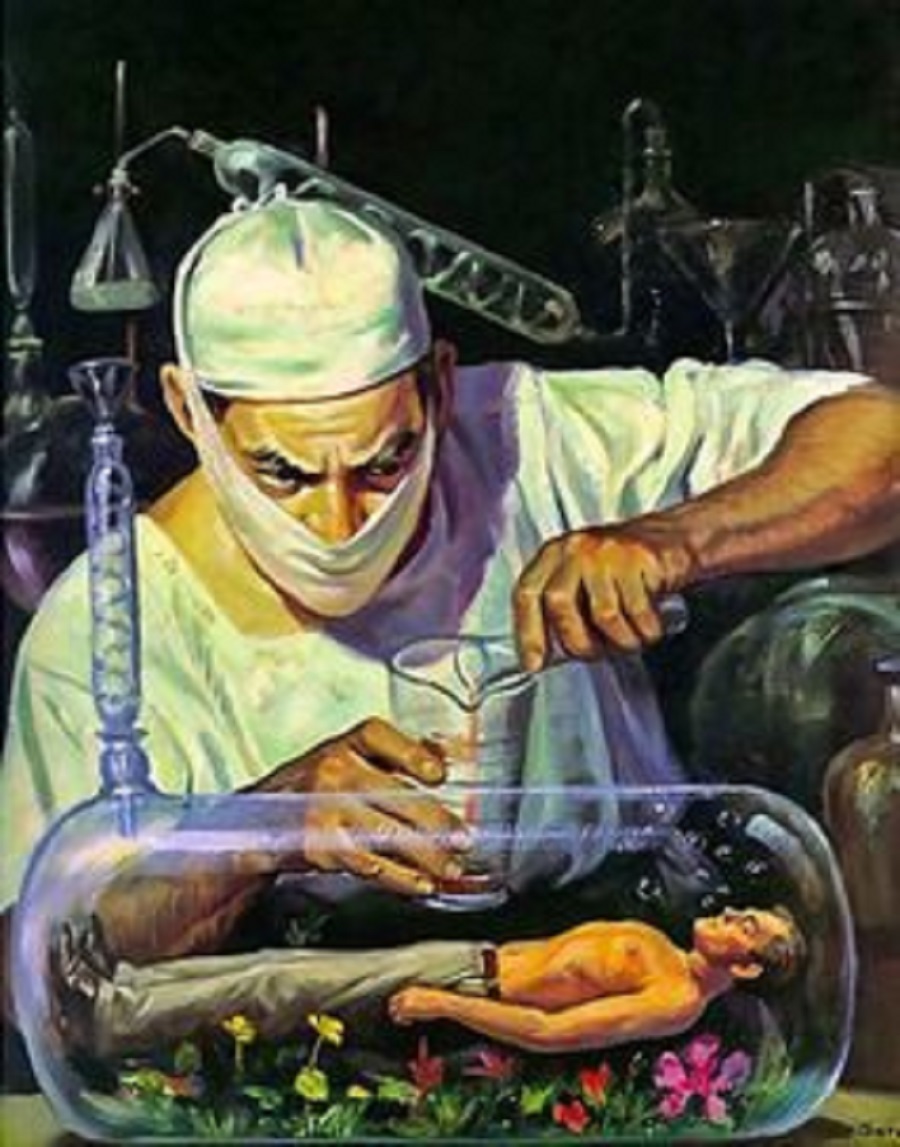 In the summer of 2019, the magazine Analog Science Fiction and Fact jumped through a hoop. It announced it would drop John W. Campbell’s name from its annual prize for best new science fiction writer. The decision came after Jeanette Ng, the 2019 award winner, criticized Campbell in her acceptance speech.

“He is responsible for setting a tone for science fiction that haunts this genre to this very day,” she said. “Stale, sterile, male, white, exalting in the ambitions of imperialists, colonialists, settlers and industrialists.” The prize is now called the Astounding Award for Best New Writer, after Astounding Science Fiction, the magazine that Campbell ran from the late 1930s until his death in 1971.

A Father of the Genre

John W. Campbell was a pivotal figure in the history of American science fiction. He helped transform much of it from pulp fantasy to accomplished storytelling and even literature. Alec Nevada-Lee notes that in Astounding: John W. Campbell, Isaac Asimov, Robert A. Heinlein, L. Ron Hubbard, and the Golden Age of Science Fiction. Nevada-Lee writes:

[F]or more than three decades, an unparalleled series of visions of the future passed through his tiny office in New York, where he inaugurated the main series of science fiction that runs through works from 2001 to Westworld.

Campbell published thousands of stories and launched the careers of people like Isaac Asimov, Arthur C. Clarke and Robert A. Heinlein. Campbell was the author of sci-fi under his own name and as “Don A. Stuart.” His most famous story is probably “Who Goes There?” It became the classic movie The Thing.

Campbell also held racist views. He hawked crank medical remedies and other pseudoscience, most notably Scientology. That cult was the brainchild of his writer L Ron Hubbard. Campbell wrote in support of segregation, calling slavery “a useful educational system.” In a 1998 essay, “Racism and Science Fiction,” the award-winning author Samuel R. Delany recalled Campbell rejecting a submission of his. He claimed Campbell “didn’t feel his readership would be able to relate to a black main character.”

But the claim that Campbell represented “the ambitions of imperialists, colonialists, settlers and industrialists” is wrong. Isaac Asimov, arguably Campbell’s greatest writer, was neither a racist nor a colonialist. He openly disagreed with his editor, explaining it this way:

Campbell championed far-out ideas… . He pained very many of the men he had trained (including me) in doing so, but felt it was his duty to stir up the minds of his readers and force curiosity right out to the border lines. He began a series of editorials … in which he championed a social point of view that could sometimes be described as far right (he expressed sympathy for George Wallace in the 1968 national election, for instance). There was bitter opposition to this from many (including me – I could hardly ever read a Campbell editorial and keep my temper).

Remember When We Were Free?

Furthermore, Star Wars and Star Trek, the two most popular science fiction franchises of the past century, are emphatically anti-imperialist. Libertarian Robert Heinlein wrought powerfully and with great imagination, in books like The Moon is a Harsh Mistress, about rising the power of the state.

So it is well and good to criticize John W Campbell. But as is often the case with the left, the indictment is scattershot and hysterical. Also, the alternative storytelling offered by social justice warriors is often preachy leftist sociology dressed up as fiction. The new collection The Year’s Best Science Fiction is a good example of this.

Many stories don’t deal with swashbuckling interstellar explorers, but climate change: characters in the “The Bookstore at the End of America” by Charlie Jane Anders, Peter Watts’s “Cyclopterus,” Alec Nevala-Lee’s “At the Fall” all survive in a world almost ruined by global warming. Income inequality is the theme of E. Lily Yu’s “Green Glass: A Love Story.” And of Rich Larson’s “Contagion’s Even at the House Noctambulous.” And of “It’s 2059 and the Rich Kids Are Still Winning” by Ted Chiang. N.K. Jemisin’s writes about race in “Emergency Skin.”

It’s all more like a catechism than an escape. Or a Maoist struggle session on Earth as opposed to a reach for the stars. John W. Campbell had his sins. So did many artists, on the left as well as the right. Science fiction writer and two-time Campbell Award winner Cory Doctoro (who agreed with changing its name offered the most nuanced approach. He wrote:

Here’s the thing. Neither one of those [positive and negative] facets of Campbell cancels the other one out. Just as it’s not true that any amount of good deeds done for some people can repair the harms he visited on others, it’s also true that none of those harms cancel out the kindnesses he did for the people he was kind to. Life is not a ledger. Your sins can’t be paid off through good deeds. Your good deeds are not cancelled by your sins. Your sins and your good deeds live alongside one another. They coexist in superposition.

How the Media Drives Radical ‘Wokeness’

If Something Irritates You, It Must Be Racist … Or Something™