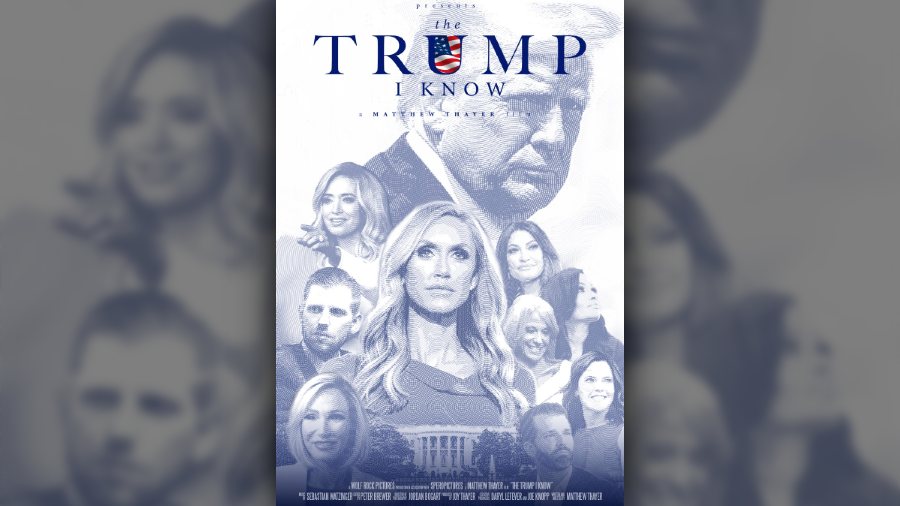 “One of the biggest misunderstandings is that there’s not — or there’s very little — female influence in the White House or in the [Trump reelection] campaign,” said Matthew Thayer. Thayer’s film The Trump I Know, available to stream now, will be released to DVD later this month and is coming soon to Amazon Prime.

Produced by Joe Knopp (Unplanned) and Daryl Lefever (Unplanned), the new documentary highlights the women who work for President Trump, both in his administration and in his reelection campaign. The women describe the Trump they know, which is a person far from the caricature the media portrays.

A Story to Tell

Trump’s campaign is made up of over 60% women. Trump also has many senior advisors in his administration who are women. “These women have [a] story to tell and nobody’s listening to them,” Thayer told The Stream. These women include Mercedes Schlapp, senior advisor for the Trump reelection campaign; Lara Trump, Eric’s Trump’s wife and senior advisor for the Trump reelection campaign; Kayleigh McEnany, press secretary; Paula White-Cain, pastor to Trump; KellyAnne Conway, former counselor to the president, and many more.

The Trump the women know doesn’t care what a person looks like, but only if they can get the job done. “His number one question is, ‘Can you get the job done for me?'” Lara Trump explained.

They don’t have 60% women because the campaign wanted women. “This is because we hire the best people for the job who happened to be women,” said Lara. Women want to be part of the reelection campaign, and that’s not the narrative the mainstream media wants people to hear. “[Democrats] tried to stop us from telling that story in 2016,” she added. “That’s why I got out on the road with a bus full of women and said, ‘There are women that support Donald Trump.'”

A Seat at the Table

Gail Wilson, Deputy Executive Director for Black Voices for Trump, said Trump’s reelection campaign managers believe that women can take charge and have a seat at the table. “They want to create an environment that women do feel that they have a voice, they have something to say.”

Most of the women are moms, too. The reelection campaign’s managers have been very supportive of the MAGA moms. Mercedes has five daughters. It didn’t stop her boss from hiring her. She has worked in two different White Houses and now works on the reelection campaign. “And how many women were pregnant all at the same time?” She questioned. “I think [the bosses] all value what we’re able to contribute to the campaign.” The women of Trump are “strong and powerful and opinionated women,” she added.

The women agree that Trump affirms them regularly. “The main thing that I heard from every one of them, was … how much he calls out identity,” said Thayer. “How much he says, ‘You’ve got this.’ Every single one of them seem to express … that he saw something in them before they saw it in themselves.”

Mainstream media and the Left want to erase all of the years they adored Donald Trump. “And now all of the sudden, he’s running as a Republican and he’s the enemy,” said Katrina Pierson, Senior Advisor for the Trump reelection campaign. “The entire 80s have been erased, the entire 90s have been erased. Donald Trump’s history was never brought up between the 80s and 90s with regards to race or women, or people would have to acknowledge the fact that it was Donald Trump who worked with Jesse Jackson.” She pointed out a video of Jackson praising Donald Trump for helping Black men get involved on Wall Street.

For more information and to see the film, go to TrumpIKnow.com.