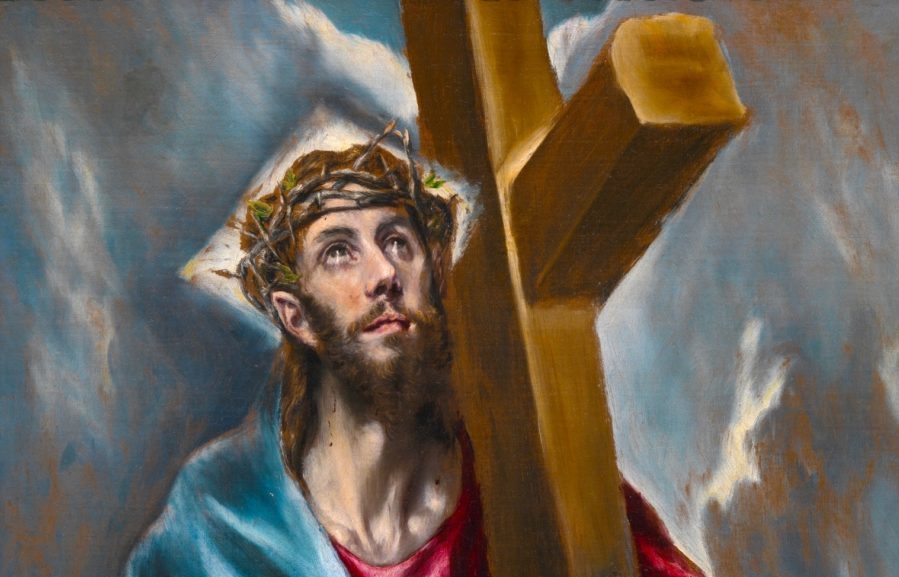 For most of human history, Christians fasted daily, weekly and seasonally, and feasted every so often — including mini-feasts on Sunday.

I’m convinced that we have lost something profound by dropping fasting as a spiritual discipline. If we really seek spiritual renewal, we need to recover fasting.

There are lots of reasons to fast — spiritual, mental, and physical. But here are 10 good spiritual reasons that Christians should fast.

1. Jesus fasted before starting his ministry.

Matthew, Mark and Luke all tell us that Jesus spent 40 days in the desert, fasting and praying. And then, after this long fast, Satan came and tempted him — unsuccessfully. Jesus didn’t command us all to fast in the desert for 40 days. But how likely is it that the gospel writers would have written about this, if it were just incidental? If you’re trying to model your life on Christ’s, doesn’t it make sense to include fasting? 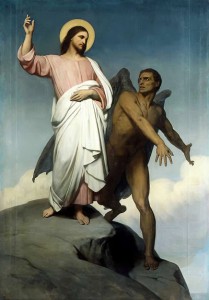 The Devil depicted in The Temptation of Christ, by Ary Scheffer, 1854.

2. Jesus assumed that his followers would fast.

Christians who don’t want to fast often point out that Jesus did not, so far as we know, command his followers to fast. But that’s because he assumed his followers would fast.

In the fifth chapter of Matthew, Jesus speaks to the crowds in his Sermon on the Mount. He tells them that God cares about what we do, and also why we do it. “When you give alms,” for instance, you should try to do it discreetly, rather than seeking credit for it. “When you pray,” do it privately rather than trying to get attention. “And when you fast, do not look dismal, like the hypocrites, for they disfigure their faces that their fasting may be seen by men” (Matt. 5:16).

You see? Jesus took it for granted that his followers would give alms, pray and fast. Some things should be no-brainers. He just wanted to make sure we do these things for the right reasons, rather than using them to virtue-signal.

Virtually all early Christian leaders fasted, and commended fasting for others. This includes Justin Martyr, Polycarp, Clement of Alexandria, St. Basil the Great and Augustine. These are the men who passed on the faith, helped canonized the Scriptures, fought against all manner of heresy, and in some cases, were persecuted for and even died for the faith. Here’s just one representative comment, from St. Augustine:

Fasting cleanses the soul, raises the mind, subjects one’s flesh to the spirit, renders the heart contrite and humble, scatters the clouds of concupiscence, quenches the fire of lust, and kindles the true light of chastity. 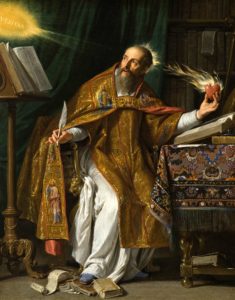 4. Christians fasted seriously for many centuries.

As early as the Didache (c. AD 110), Christians were fasting two days a week — typically Wednesday and Friday — and having mini-feasts on Sunday. Before long, Christians were also abstaining and fasting for weeks before Christmas and Advent, and at a number of other times throughout the year. By the fourth century, these fasts were as much a part of Christian life as prayer and corporate worship.

Most of us still celebrate at least the great feasts of Christmas and Easter, but we’ve more or less dropped weekly and seasonal fasts and replaced them with — at best — symbolic gestures.

Isn’t it possible that the Christians who lived closest to Jesus, and in many cases spoke his language and dwelled in his culture, might have something to teach us about the value of fasting?

As mentioned above, Jesus treated prayer and fasting as part of a package (along with almsgiving). And anyone who fasts regularly will tell you that fasting, done right, amplifies the power of prayer. That doesn’t mean that God will automatically give you special prizes if you fast. But I can promise that if you routinely pair fasting with your prayer, you will notice a difference.

To be holy is to be set apart. Striving for holiness means striving to set yourself apart from the sins of the world, and from the sins that beset you. This requires Spirit-inspired commitment and discipline. And fasting is just that: a spiritual discipline.

In his first letter to the church at Corinth, Paul wrote, “Athletes exercise self-control in all things; they do it to receive a perishable wreath, but we an imperishable one. So I do not run aimlessly, nor do I box as though beating the air; but I punish my body and enslave it, so that after proclaiming to others I myself should not be disqualified” (1 Cor. 9:25–27).

Paul’s point is not that our “animal nature” is the source of our sin. His point, rather, is that our souls, our bodies and our animal instincts are all fallen. They aren’t separate compartments. You can’t isolate your appetites to your biological self. If you don’t get control of them, you might endanger your soul as well.

Routine fasting is a great way to gain control over your physical urges and impulses. Fasting is not starvation. It is voluntary, controlled and limited in time. If you practice it properly, it will become a habit. Keep at it, and it will become part of who you are. It will become a virtue. And the discipline you gain over food and eating will spill over into other areas of your life.

Fasting as a tool for spiritual warfare recurs throughout Scripture. On two occasions, for instance, the prophet Daniel abstained from foods for weeks, and encountered a spiritual breakthrough as a result. To judge from the gospels, Jesus’ forty day fast in the desert seemed to be a sort of spiritual bootcamp to help him prepare for battle against Satan. And most Christians remember the text in Matthew, in which Jesus, referring to an especially dug-in nest of demons, tells his disciples, “But this kind never comes out except by prayer and fasting.” 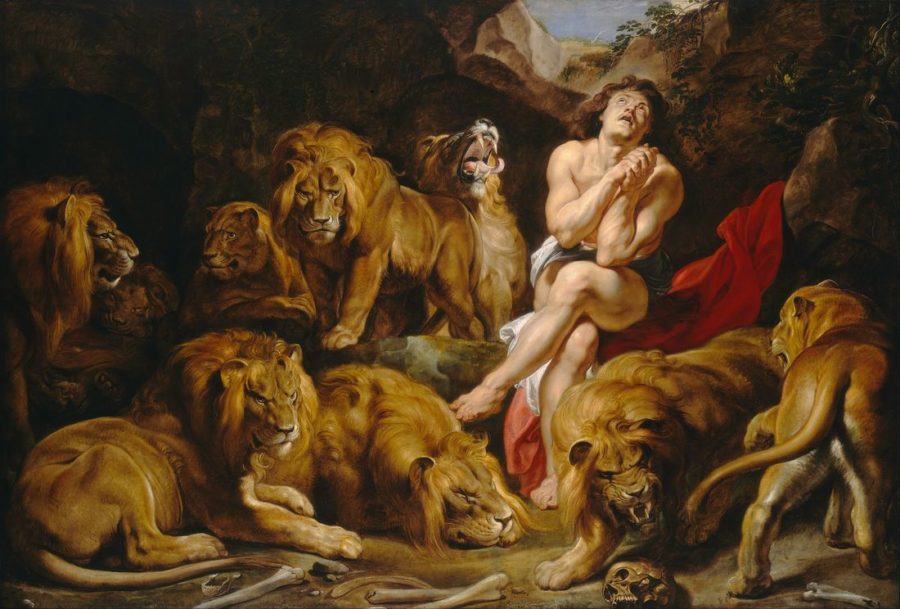 To this day, Catholic Canon Law requires priests to pray and fast ahead of time before performing an exorcism, and to admonish the victim of possession to do the same. That seems significant.

8. Fasting allows you to identify with Christ.

When we fast, we’re hungry. And hunger is a form of suffering. When we fast properly, we are connecting our suffering with the suffering of Christ. Our suffering becomes, in a sense, redemptive. That doesn’t mean, of course, that we can save ourselves by our own good works. We are saved by God’s grace through the redemption Christ has made possible through his life, death and resurrection. This is basic Christianity.

It doesn’t follow, though, that we are excluded from this process. Scripture clearly teaches just the opposite. Christ tells his disciples to take up their crosses daily. His yoke is easy and his burden is light, he tells us. But it is a yoke and a burden, and we are supposed to carry it.

9. Fasting gives you a way to connect with the whole Body of Christ.

We would never imagine celebrating a great feast all by ourselves. Unfortunately, fasting can too often be a solitary endeavor. If you time not just your feasts but your fasts with the traditional Christian year — on Wednesdays and Fridays, and during the Ember Days, Advent and Lent — then you will be fasting and praying with millions of Christians around the world at the same time. It’s as if you have plugged into the very metabolism of the Body of Christ on earth.

For obvious reasons, Christians have retained the big feasts, and even added some national feasts, such as Thanksgiving in the U.S. But the traditional Christian feasts were, for most of Church history, accompanied by fasts. That doesn’t just make us less likely to gain weight over the long term. It gives proper perspective and contrast to the feasts themselves.

If you eat your fill every single day, that Christmas “feast” ends up being a time to overeat. If you have fasted and abstained for weeks leading up to the Christmas season, in contrast, you will really appreciate the feast, you will be thankful for it, even though you’ll probably eat less than you would have otherwise.

I’ve just scratched the surface here, but I hope this is enough at least to prick your conscience. For more on these points, and many more, check out my book Eat, Fast, Feast.