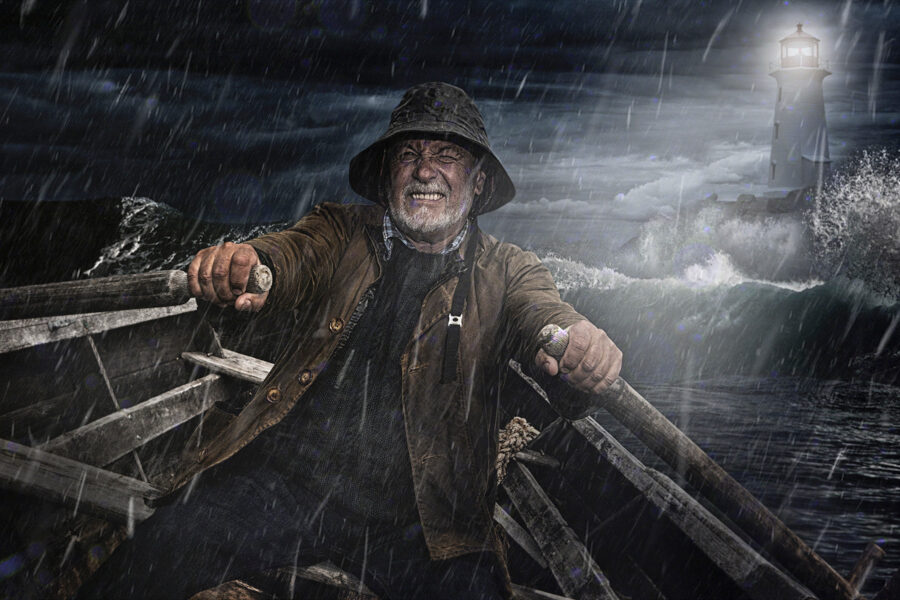 I’m not the only who looks at this and wonders when the showdown is coming. Last summer’s street violence may have been a preview. Whether that will repeat itself under a Democratic administration is murky to me. This time it’s conservatives being pushed into a corner. I can’t imagine us committing the same nonsense that BLM and the Woke crowd did last year. I can easily see them pushing against American liberties until we have little choice but to stand and defend.

We can all expect that, even while hoping and praying against it. I am sure of this, though: We are heading into a time of testing. Tests show what we’re made of: Who’s ready, who isn’t. Some of us will make it, some of us won’t. Will you prevail or will you fail?

Conservative principles alone aren’t going to cut it this time; not in this conflict. You won’t reach the right ending unless you choose the right ending. Some of us are going to get that wrong, and fail. You don’t have to, though. You can still prevail.

“America’s Founding Principles” Won’t Get You There

Maybe you’ve got this battle staked entirely on America’s founding principles. Sorry, but you’re going to fail. Your problem isn’t that you’re on the wrong track. We need to do battle for what’s best in America. I’ll stand for that all day long; it’s one of the chief reasons I’m with The Stream.

As of 2010, less than half of Americans knew that Easter was about Jesus’ resurrection, and you can be sure they know even less of what the Bible says about human worth, human equality, human sin, or godly right and wrong.

On their own, though, our founding principles aren’t enough. On their own, I emphasize. They’ve already demonstrated their rhetorical and political vulnerabilities. Consider the “1619 Project,” and its strange claim that America was founded on principles far more evil than good. It’s a pile of nonsense, but they’ve got a huge audience for it, and statues are falling everywhere.

On their own, our American principles are a founding without a foundation, which is what allows the opposition to co-opt them so easily for wrong purposes. They can make equality mean “equal marriage” and “equal bathroom access.” They can twist liberty into a woman’s “freedom” to abort her child, or the “freedom” to attend church when the state grants you its sovereign permission. Or they can make “justice” mean “defunding the police.”

And just look how simple it is! All they have to do is decapitate these words from the context where they were born. It’s easy, and it’s working. They’re steamrolling us with it.

Can We Re-Educate America?

So how do we defend ourselves against that? Ideally the answer would be to re-educate America, to teach everyone the deep historic values and reasoning our documents rest upon. It would mean a return to Locke, to Burke, to the Magna Carta, and ultimately to the source from which they all got their best work, the Jewish and Christian scriptures.

Through these scriptures, and these alone, we know what equality really means: that all persons are equally created by God, equal before Him at the foot of the Cross, equally loved by God, and therefore equal in worth or value. This is how we know all deserve an equal share in government, and why we elect others to represent us in it.

Also through these scriptures and the history of thought flowing from them, our predecessors knew the truth of human sin, the universal failing that puts everyone at risk when one person or group holds too much power. Thus they developed our intricate system of checks and balances.

Through these scriptures (and again, through centuries of great thinking built upon them), they knew that laws must not be arbitrary; that there is good law and bad law, right law and wrong law; and that the governing class is subject to right and wrong, the same as the rest of us.

Severed From Our Roots

People tussle over whether our Founders were Christians. I have little need for that debate. Whether this Founder or that was a believer or not, their way of thinking was still completely soaked in a biblical view of reality. They couldn’t help it; the entire Western world was saturated with it.

Cut America off from Jesus Christ, and we lose the very foundation we’re founded upon. That’s how the country will fail, and that’s how you will fail, if you go that route.

But we’re cut off from that now. As of 2010, less than half of Americans knew that Easter was about Jesus’ resurrection, and you can be sure they know even less of what the Bible says about human worth, human equality, human sin, or godly right and wrong. As for Locke and Burke and the Magna Carta — ?

But let me interrupt that question, please. A moment ago I said something about re-educating America. I know what you thought at that point: “Fat chance of that. You’ll never get today’s student’s caught up with that. And you’ll really never get our leftist educators cooperating with it.” And the feeling you feel right there has a name: Hopelessness.

We’re in a difficult place, with no easy answers; none, really, apart from God Himself. That’s why it’s more important now than ever to connect ourselves to our true Foundation, Jesus Christ. Apart from Him there really is no hope. You and I would be destined to shrivel and die.

It’s true of individuals, and it’s true of nations as well. Cut America off from Jesus Christ, and we lose the very foundation we’re founded upon. That’s how the country will fail, and that’s how you will fail, if you go that route.

You may ask what this has to do with strategies for cultural or political victory. It’s a fair question: I’m all for good strategy. But good strategy knows where to stand as it engages in battle, and there is no other sure place for that but our Rock, Jesus Christ.

These things are hardly just political, anyway. Your entire future depends on Him. This is Holy Week, a memorial of that one great week when hopelessness turned astonishingly into the joy of resurrection.

Victory begins with Christ. By His grace, connected deeply to Him in faith, you can and will prevail.

Is Jesus really that important? Does it still make sense to say He belongs at the center of everything we do? Tom Gilson says yes, in his groundbreaking Too Good to be False: How Jesus’ Incomparable Character Reveals His Reality. And now Tom is offering you a free preview chapter, “Jesus’ Astonishing Love,” for  download from here.

Tom Gilson (@TomGilsonAuthor) is a senior editor with The Stream and the author or editor of five books in addition to Too Good to be False.