The Stream Is Investigating HHS Oversight of Fetal Tissue Trafficking

The Stream has launched an investigation via the Freedom of Information Act into the U.S. Department of Health and Human Services oversight of fetal tissue transfers. All records responsive to The Stream’s request are due for release according to law no later than Monday, August 24. So far, the agency has confirmed the existence of email traffic about Planned Parenthood in the weeks prior to our request. 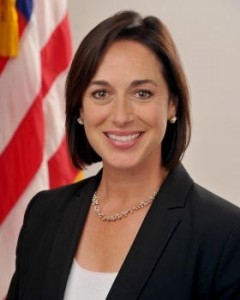 However, acting HHS Assistant Secretary for Health Karen DeSalvo, who is responsible for Women’s Health and Human Research Protections (among other areas), said through FOIA staff that she has no records and is unaware of the existence of any records tending to verify HHS’s compliance with its congressional mandate to prevent fetal trafficking for profit and oversee federally-funded experimentation on fetal tissue.

Planned Parenthood and other organizations involved in the fetal tissue market, such as StemExpress, are subject to strict regulations and oversight directives under the National Institutes of Health Revitalization Act of 1993. With the help of FOIA Resource Center, which is prosecuting this FOIA request, The Stream will continue pressing the agency to search for, locate and produce these records.

At the moment, it’s an open question whether such Congressionally-mandated documentation even exists.

Do You Really Want the Kind of World Where Abortion’s Okay?