The Socialist Who Justifies Murdering Children 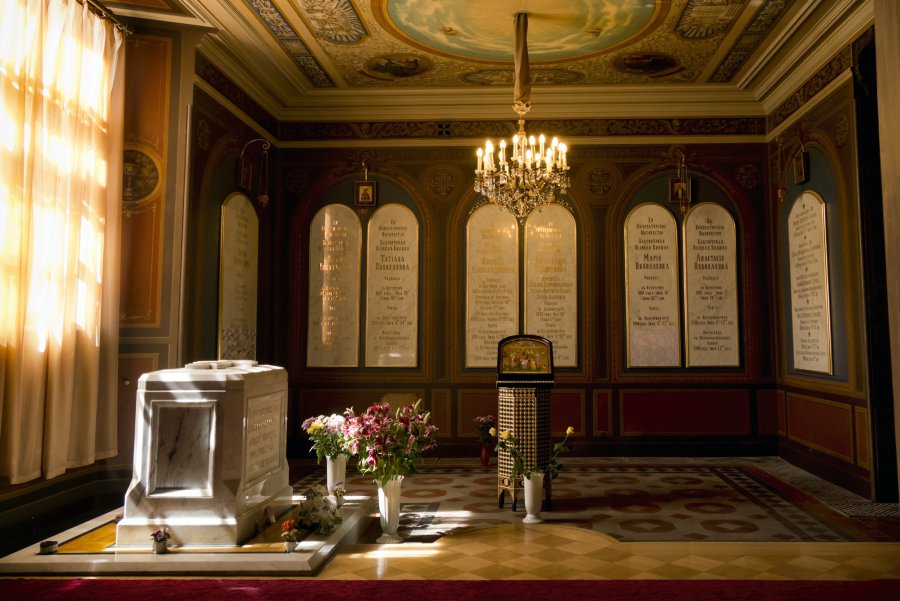 During the revolution in Russia, the Imperial Russian Romanov Tsar Nicholas II, his wife and five children were executed in Yekaterinburg in 1918 and secretly buried. Eventually, they were discovered, exhumed, identified and reburied in the St Catherine Chapel in the Saints Peter & Paul Cathedral in St Petersburg.

It’s not a good look. Especially not for a leader of a movement that stresses human equality and fights those who oppress the poor and the marginalized. Bhaskar Sunkara tweeted “The question isn’t what we think justice demands. I think killing little Romanov children was justified. But it’s not surprising why these views are controversial given most people’s ethical and moral frameworks.”

When the Bolsheviks took over Russia, they had to decide what to do with the Czar and his family. They could have sent them into exile or put them in prison. They decided to kill them all. Even the children. That way, they didn’t have to worry that the Russian people would try to restore the monarchy. The end (securing the revolution) justified the means (murder).

Which meant they happily built Soviet socialism by shooting children, kicking them in the head, and stabbing them with bayonets. Great, says a leading American socialist. You can’t make omelettes without breaking eggs, as the old saying goes.

Not a good look. He took down the tweet. But it tells us what he really thinks. He thinks you can kill innocent children to get what you want.

What the Socialist Should Not Say

Sunkara founded and now edits the journal Jacobin. He’s gotten the attention of the New York Times and the other big journals. Fortune named him one of its forty under forty. The avowedly socialist magazine, very well produced, and cleverly aimed at the general reader, endorses leftist causes. It’s the leftist equivalent to the rightist magazine Reason: a committed political magazine not written by dweebs that people flee at parties.

Bernie supporters and members of the Democratic Socialists of America follow it. Its editors and writers look down on Biden and Clinton as capitalists. They think liberalism just a slightly more statist form of neo-liberalism.

They present the classic socialist dream. Jacobin wants to create the new socialist society in which everyone will be valued and respected and have what they need. The kind of dream one may think idealistic and even foolish, but an ideal anyone should accept. Even a libertarian should recognize that they want a good thing, even if he thinks they’ll actually create the opposite.

Their editor thinks killing children justified. The socialist should not say this. He should see what it allows. If you can kill little children to get what you want, you can do anything. You can kill socialists, for example.

By the way, there’s one irony to Sunkara’s despicable claim — and his critics’ responses as well. He and they focus on the czar’s children. Also murdered were their valet, cook, and parlor maid. (The brutes even killed their dog.) Members of the working class. People whose lives a socialist of all people should protect. Even the socialist feels their lives not only worth taking, but worth forgetting.

Compare Sunkara with one of the last century’s socialist heroes, the writer George Orwell. He was all-in on socialism. As he explained in an essay called “Why I Write”: “Every line of serious work that I have written since 1936 has been written, directly or indirectly, against totalitarianism and for democratic socialism, as I understand it.”

A near atheist, Orwell didn’t believe morality had any sort of transcendent justification. But he knew some actions are wrong. Some of his examples relate to Sunkara’s claim. He often used kicking a baby in the stomach as an example of something that’s just wrong. It’s evil, period. Nothing could justify doing it. You could never justify it as a lesser evil or as a means to an end. It’s wrong.

Orwell saw — unlike Sunkara —the ultimate worth of human beings. That included not just little children but the unborn. In his early novel Keep the Aphidistra Flying, the main character’s girlfriend thinks about aborting their child. “That pulled him up. For the first time he grasped, with the only kind of  knowledge that matters, what they were really talking about.”

Now, the words “a baby” no longer meant “a mere abstract disaster, they meant a bud of flesh, a bit of himself, down there in her belly, alive and growing. … He knew then that it was a dreadful thing they were contemplating — a blasphemy, if that word had any meaning.”

He spoke bitterly of Sunkara’s kind of moral calculus. In “Notes on Nationalism,” one of his most famous essays, Orwell condemned the idea that “Actions are held to be good or bad, not on their own merits but according to who does them.” He noted bitterly that in the politics of his day, “there is almost no kind of outrage – torture, the use of hostages, forced labour, mass deportations, imprisonment without trial, forgery, assassination, the bombing of civilians – which does not change its moral colour when it is committed by ‘our’ side.”

That the left did this really upset him. In the same essay, he noted “In 1927 Chiang Kai-Shek boiled hundreds of Communists alive, and yet within ten years he had become one of the heroes of the Left. The realignment of world politics had brought him into the anti-Fascist camp, and so it was felt that the boiling of the Communists ‘didn’t count’, or perhaps had not happened.”

The same moral sense drives his most famous essay, one you might have read in college, “Politics and the English Language.”

Orwell knew something Sunkara doesn’t. Only a belief in absolute right and wrong can protect the poor and marginalized. It has to be the right belief, of course, one that sees the intrinsic dignity of the human person.

Relativism — the belief that lets the socialist editor say “I think killing little Romanov children was justified” — takes away the one intellectual support the poor have. It steals their ability to say “You can’t treat me like that” and “I deserve to be treated well.” It takes from them their claim to be treated as ends, not means.

And replaces it with whatever other people want for them, or from them. As one of contemporary literature’s greatest villains put it, just before he tries to kill a little boy who’s gotten in his way: “There is no good and evil, there is only power and those too weak to seek it.”

Sunkara wants economic equality. Suppose someone else wants economic inequality? Suppose that person believes some people are made to be oppressed? And has the power to get his way? Who’s to choose between the socialist and the social darwinist?

No one. It’s one man’s choice against another’s. The second’s a barbarian, but Sunkara gave up the grounds for calling him that. Because he chose barbarism as well.

A Black Hero Who Fought Fascists and Communists for Christ