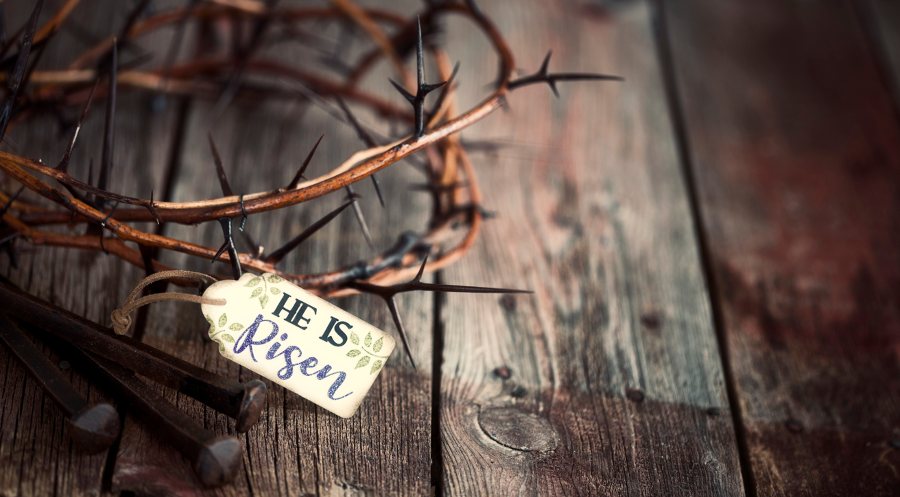 These times are uncertain. Many people struggle sleeping through the night. Many people have serious financial struggles because of the response to COVID-19. The news seems to be bad, and other times it’s worse.

But Easter bursts in with the message that Jesus conquered death, and by faith in Him, we can be “more than conquerors” through Him who loved us. But can historians prove that Jesus of Nazareth literally, bodily rose from the dead 2000 years ago?

The Scottish Enlightenment skeptic David Hume opined that Jesus could not have risen from the dead because dead men don’t rise from the dead. Well, generally, they don’t. That’s why the Easter story is so significant.

During these days of great upheaval and uncertainty, what a privilege it is to trust in Jesus Christ, the only one who ever conquered the grave.

The bodily resurrection of Jesus from the dead was so momentous it ended up changing the world. The very year you were born is indirectly tied to that event. Time is measured by the birth of Jesus because His coming was so significant.

The resurrection is so significant because if it is true, it means all the other claims of Christ are true — that He was the Son of God, that He died for sinners, that He will one day judge us all. Every beat of the human heart is dependent on Jesus. Even the most hard-core skeptic draws every breath he draws courtesy of Christ. We all have a vested interest to know what happened on that first Easter morning.

The Tomb Was Empty

Dr. Paul L. Maier is a best-selling author and a retired professor of ancient history from Western Michigan University. He’s a first rate, Harvard-trained historian. I’ve had the privilege to interview him for TV and radio several times through the years.

He once told me in an interview for Christian television:

The tomb of Joseph of Arimathea, into which Jesus was buried on Friday, was in fact empty on the morning of the resurrection. Now I’ll be the first to say that an empty tomb does not prove a resurrection, but reverse it: You can’t have a resurrection without the tomb being empty as its first symptom. And the empty tomb can be proven.

Maier notes that it can be proven by sources hostile to Christianity. He states,

Where on earth did Christianity first begin? The answer would be Jerusalem. The first proclamation that Jesus was the Messiah who rose from the dead took place in Jerusalem. But there it would have been least likely that the resurrection would have been announced, if the moldering body of Jesus of Nazareth were still available.

Imagine the scenario, opines Maier: [The Chief Priest] Caiaphas — confronted by the apostles claiming the resurrection — would say, ‘Oh you poor, benighted fishermen, follow me; let’s go over to the tomb.’ Then he would have had the stone removed and say, ‘Behold, the moldering body of Jesus. What is this claim about a resurrection?’ If that had been the case, if that tomb had the body of Jesus, there wouldn’t have been a Christian church on earth at all. It would have died out as some peculiar Jewish sect.

The temple authorities claimed the disciples stole the body during the night. This claim, notes Maier, is positive evidence for the empty tomb from a hostile source. Why would they see the need to explain away the empty tomb? Only because it was actually empty — thus establishing this historically-inarguable fact.

Another convincing proof that Jesus rose from the dead is the sudden transformation of the apostles, the original skeptics of the resurrection. They were dejected and ready to move on to other things (or even back to fishing or their previous occupations). They hid for their lives out of fear after the arrest and crucifixion of Jesus.

And then something happened that changed them — they claimed they had seen Him risen from the dead — in a multitude of appearances, over many weeks, in a variety of settings, day and night. And seeing the risen Jesus transformed them into bold, unstoppable witnesses. They became fearless, even in the face of martyrdom, which many of them experienced.

Comfort in the Resurrection of Christ

Through the ages, Christians from all walks of life have found great comfort in the resurrection of Christ. Take, for example, George Washington, the father of our country.

Behind George Washington and Martha’s sarcophagi in Mount Vernon, chiseled in stone, are these words from Jesus in John 11:25, “I am the resurrection, and the life: he that believeth in me, though he were dead, yet shall he live.” You can see these words for yourself in what is reported to be the most visited home in America.

During these days of great upheaval and uncertainty, what a privilege it is to trust in Jesus Christ, the only one who ever conquered the grave.

The Gospel of Matthew