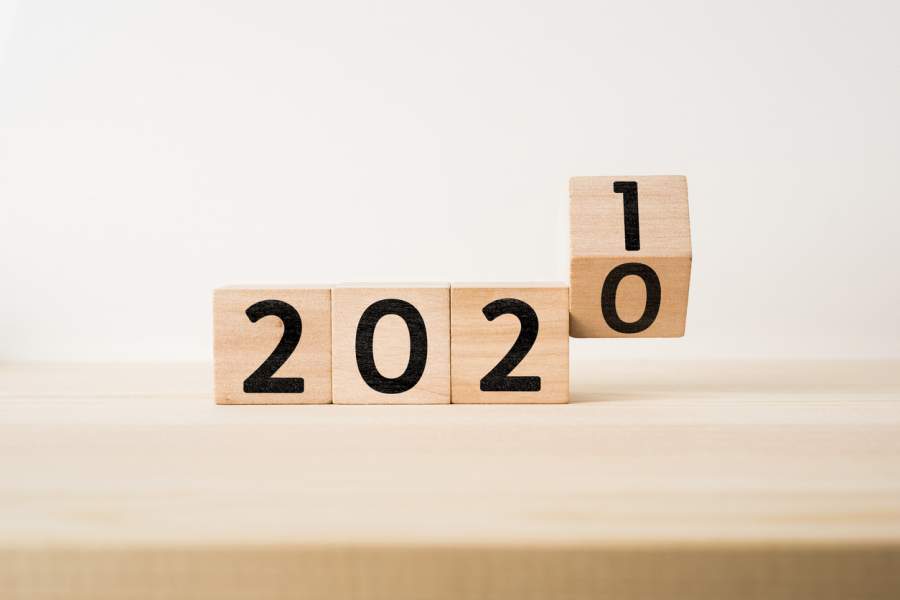 It’s been an emotionally exhausting year. So much so that I’m already done with it, and it’s only the end of January. Enough madness and horror, flashed through by rays of hope, has already transpired that I think we’ve had a year’s worth already. Let’s call 2020 quits, and start 2021 on Feb. 1st.

I’m assuming you’re good with that. I think it’s something all can agree on. Everybody, red and yellow black and white, wretched sinners in His sight, has gone through 12 months worth of emotional highs and lows since New Year’s Day. We’re ready to start another new year.

To prove my point, and flatly insist on it till the rest of the world falls in line, I’m going to write my “Best and Worst” events list right now. I’m sure you’ll agree, it’s quite enough for any calendar year. I will rank the events in descending order, based not on any objective criteria, but on how strongly I feel about them. Since men may now identify as women, women as men, and the living as dead, I’ve decided for the moment to identify as the Verdict of History. My pronoun of choice? You may call me “M’lord.”

The Worst of 2020: Australia’s Bush Fires

The worst event of 2020 was beyond doubt the Australian bushfires. Yes, for the property damage. And definitely for the human lives lost. But even more infuriatingly, for the fact that these fires apparently happened for two main reasons:

The fires had barely started before Greta Thunberg, Australian Greens, and the guy who designed Gwyneth Paltrow’s vaginal-scented candle were all over media blaming the fires on the “climate crisis.” All that is maddening.

But the worst part of the fires? They killed more than a billion animals. Innocent little creatures of God. I’ve spent hours watching Dodo’s Heroes, and the stories of good-hearted people pouring out their lives rescuing such creatures. One of my favorite episodes? The couple that rescues orphaned wombats in rural Australia. But 2020’s fire wiped out more wombats, wallabies, koalas and kangaroos than animal lovers could save in a thousand lifetimes. It’s enough to break your heart.

But just in case it doesn’t, the second worst event of 2020 is the Coronavirus outbreak in China. Sure, it’s not all bad. On the one hand, this global pandemic could replicate the mass deaths that marked the “Spanish Influenza” epidemic of 1917-1919. That plague killed my grandmother’s first husband, more people in total than World War I just had, and my favorite artist, Gustav Klimt. On the other, millions of dopes seem to think the virus is caused by Corona Beer. Cold comfort, I say. Get back to me when there’s a pandemic named “Pabst Blue Ribbon,” and maybe we can talk.

I’m seeing reports, still unsubstantiated, that this virus might be an offshoot of a Chinese bioweapons program.

Oh my god. Indian scientists have just found HIV (AIDS) virus-like insertions in the 2019-nCov virus that are not found in any other coronavirus. They hint at the possibility that this Chinese virus was designed [“not fortuitous’]. Scary if true. https://t.co/h6xPX1gYvj pic.twitter.com/kCpd1I00uE

If that turns out to be true, and the plague devastates that nation, then its people would suffer the blowback of a biblical-style “miracle.” While millions would suffer, the evil regime of a country that keeps more than a million Uighurs in camps and steals their organs (with the Vatican’s approval) would see its desperate march to global power, and Hitlerian armament program, derailed. Hubris punished by Nemesis. Dr. Jane Orient reports that the virus could have been contained, but the regime was too secretive and arrogant. It let millions of people leave the afflicted region … to celebrate Chinese New Year.

Chinese authorities have told people that their domestic pets could spread the virus, so they might begin to slaughter them by the millions.

Here again, the most upsetting aspect of the story for me has to do with animals. Chinese authorities have announced that domestic pets could spread the virus, so they might begin to slaughter them by the millions. This in a nation whose cruel and abusive farming practices (even worse than ours) are likely the source of numerous human diseases. The ones that haven’t been cooked up as bioweapons, that is. Or resulted from eating virus-ridden delicacies like bat soup. Next slide, please … .

The Catholic Church continues to stumble, like Buster Keaton bouncing down each iron step of a very long spiral staircase. The former pope Benedict tried to co-publish a book on clerical celibacy. He co-authored it with the brilliant, doctrinally orthodox African Cardinal Robert Sarah. When the news broke, the Vatican went into Hitler-Screaming-at-His-Generals-in-the-Bunker mode.

First came vicious attacks by Francis supporters on Benedict for “dividing” the Church by defending its teachings. Then Pope Benedict’s minders in his totally-not-coerced custody at the Vatican issued the statement that Benedict had not co-written the book. Not at all. He just kind of … emailed several key chapters to Cardinal Sarah, and reviewed and approved the final product. That didn’t make him the “co-author.” The French publisher duly removed Benedict’s name from the book.

In other news, celebrity priest-turned-bishop Robert Barron attended a Vatican conference. He suggested that Catholic bishops should issue a “whitelist” of which Catholic Internet sites people may read, and which they shouldn’t. Something tells me that sites which report on sex abuse cover-ups and financial scandals won’t make that list, while gay-friendly open borders activists will. Here’s a long, grim video by the great Michael Voris exploring that.

At the same conference, the leader of Italy’s bishops angrily demanded that Catholics who “don’t like Pope Francis” should become Protestants. Because as we know, the current pope and his fallible opinions instantiate in concrete form the voice of the Dialectic of History, and if we differ with him we betray the proletariat … . Oh wait, sorry. That’s the Stalinist theory of the Communist Party. I thought I was quoting the Catholic Catechism, but it turns out instead that was Arthur Koestler’s Darkness At Noon. Essential reading for any Catholic nowadays.

Best of 2020: The Sham Impeachment Fails

The quest to nullify the 2016 presidential election, which started the moment Hillary Clinton conceded, has finally failed. Just in time, it turns out, for the 2020 election season to get started. Sure, the Senate hasn’t voted for acquittal yet. But the Democrats have fallen a couple RINOs short of a herd, and lost the key vote on witnesses.

Now it won’t be able to summon John Bolton to testify that President Trump turned him into a newt. Or Christine Blasey Ford to call forth the repressed memory that Trump was in the bedroom along with Brett Kavanaugh, urging him on and holding Mark Judge’s beer. Or for Tawana Brawley to pop up and claim that Trump forced her onto Jeffrey Epstein’s plane.

Sure, Adam Schiff will continue to bloviate at the camera, causing countless Americans to damage or destroy their valuable flat screen TVs. But the farce has played out. The Democrats, with great reluctance, will have to own up to their public policy positions and place them before the voters. They’ll have to postpone their next impeachment probe till at least November 4.

After three years of British elites rapping voters on the nose with a rolled-up copy of The Guardian (“Bad prole, BAD!”), Britain will leave the European Union. All the better sort of people are crying in their kombucha, or guzzling Victory Gin. What bigotry, what secret racism, what troglodytic knuckle-dragging attitudes have engulfed and drowned their island. It turns out that millions of people don’t want their laws made in secret by committees of foreign bureaucrats appointed for life.

Maybe next the British government, invigorated by its new independence, can address Muslim rape gangs that prey on underage working class English girls. Or at least fire the police who refused to investigate hundreds of such cases, for fear of being called “racist.”

British Prime Minster Boris Johnson is mulling further reforms. For instance, he’s thinking of moving the mostly appointed, fully crony-ridden British House of Lords out of London. His current choice for a new location is York. But I’m hoping he reconsiders and moves the Lords to Napoleon’s old home on St. Helena.

Yes, it would have been darkly fun to watch Joe Biden try to debate Donald Trump. To see Grandpa Simpson wander off on bizarre digressions about Esther Williams movies. Then try to remember whether he’s still friends with segregationists, or off fighting “transphobia” as the new face of the Civil Rights Movement. Or to see Trump repeatedly call Elizabeth Warren “Pocohantas” up on stage, as CNN anchors darkly shook their heads and wagged their fingers.

But a Bernie candidacy makes the stakes we play for utterly clear. Here’s a guy who spent the 1980s rooting for the Soviet Union to win. Helping the Sandinistas who were slaughtering Indians and imprisoning priests.

Here’s the candidate Antifa wants to see in the White House. Maybe once he declares a national emergency over climate change, they can smash in the windows of oil company headquarters. Maybe force coal miners to wear little badges wherever they go.

If Sanders gets the nomination, expect any minimal self-restraint the far-left still has to go out the window. Expect masked vegans and topless feminists to attack Trump rallies nationwide. Meanwhile, the right will behave as it did at the pro-gun protests in Virginia. That is, show up and behave peaceably, then clean up their litter when they’re finished. Voters can choose which America they want.

John Zmirak is a Senior Editor of The Stream, and author of the new Politically Incorrect Guide to Catholicism.