As certain Muslims honor the birthday of their main messianic figure, consider the superiority of Jesus. 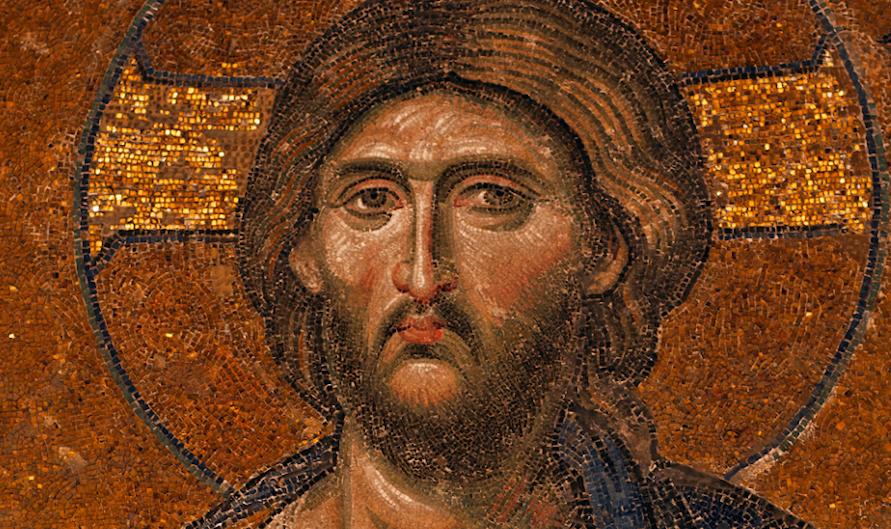 Yesterday was Maundy Thursday — the day on which Jesus instituted the Lord’s Supper. That evening, some 1990 years ago, Christ was arrested. Eventually He was crucified on Good Friday, which we remember today.

Yesterday was also, according to Twelver Shi`i Muslims, the birthday of their main messianic figure: Imam Muhammad al-Mahdi.

Piety Not Politics, For a Change

I am a Christian who’s been studying Islam for almost three decades. Often I write as an analyst of the Islamic world. That usually means focusing on the geopolitics of the Middle East, Islamic Africa and South Asia. But not today.

Considering the juxtaposition of Holy Week and Mahdist celebration, I want to look at the world’s second-largest religion primarily from a believer’s perspective.

Christian Views of Salvation in Other Religions

There have been three broad Christian approaches to whether salvation can be achieved in other religions. The oldest, exclusivism, said “no.” Pluralism, more recently, has said “yes.” Inclusivism, also modern, says “maybe/probably.”

Considering the juxtaposition of Holy Week and Mahdist celebration, I want to look at the world’s second-largest religion primarily from a believer’s perspective.

Most of Christianity, whether admitting it or not, is influenced by the Catholic Church. And, until the early 1960s, that church followed extra ecclesiam nulla sallus. “Outside the [Catholic] church, no salvation.”

The world’s largest Christian denomination then decreed differently. Vatican Council II opined “the plan of salvation also includes those who acknowledge the Creator, in the first place amongst whom are the Moslems.”

The New Testament is Clear: There is One Way to Heaven

“I’m a doctor, Jim” — of history. Not a theologian. But the New Testament seems pretty clear to me on this issue. It’s exclusivist.

Jesus Himself said “I am the way the truth and the life. No one comes to the Father except through me” (John 14:6).

“For there is one God and one mediator between God and mankind, the man Jesus Christ, who gave Himself as a ransom for all people” (1 Timothy 2:5, 6).

“If you declare with your mouth that Jesus is Lord and believe in your heart that God raised Him from the dead, you will be saved” (Romans 10:9).

Furthermore, we are instructed to convert people to this belief. “Therefore, go and make disciples of all nations, baptizing them in the name of the Father and of the Son and of the Holy Spirit” (Matthew 28:19).

Jesus’ own relative tells us that monotheism alone doesn’t cut it. “You believe that there is one God? Good! Even the demons believe that — and shudder” (James 2:19).

The Creeds Say the Same

The historic creeds make this point as well. In particular, the Athanasian Creed does so. “Whosoever would be saved … it is necessary to everlasting salvation that he also believe faithfully the Incarnation of our Lord Jesus Christ.” One must also believe in Christ’s suffering, descent into hell, rising from the dead, ascension to heaven and return to judge the living and the dead.

The Quran denies all of this.

No crucifixion, indeed, no death at all for Jesus. Thus, there is no atoning sacrifice in Islam. No Good Friday. Therefore, no Easter.

Islamic “Salvation” Is by Works — Some of Them Monstrous

Truly, there is nothing to atone for. Islamic scholar and imam Muzammil Siddiqi has summed up the doctrine of salvation in Islam. (See his “Salvation in Islamic Perspective,” Islamic Studies, 32, 1, Spring 1993, pp. 41-48). People are born innocent, and have no original sin, as the Western churches teach. They don’t even have an ancestral leaning toward sin, as the Orthodox churches maintain.

Sin is defined as failing to follow the laws of God. The shari`a. Adhering to Islamic law, both individually and collectively, is the only way to heaven. The best way of doing this, of course, is to die fighting jihad fi sabil Allah. “Holy war on the path of Allah.”

Shari`a derives from the Quran and the Hadiths (alleged sayings of Muhammad’s) as interpreted by Muslim scholars over the centuries. There is really little difference between the four Sunni schools thereof, and the Twelver Shi`i one. The usual suspects are included. For example, alcohol and pork are forbidden.

But Islamic law gets much harsher, the more closely it adheres to the Quranic and Hadith texts. Corporal punishment for theft — to include amputation. Stoning for adultery. Execution for “apostasy,” or simply leaving Islam for another religion. Eight countries, all majority Muslim, enforce the death penalty for homosexuality. And large percentages, often majorities, of Muslims in many countries approve of such laws. It’s not just “extremists” who do so. Is it any wonder that dozens of Muslim countries enforce shari`a, to one degree or another?

So to achieve divine bliss, Islam teaches that one should — nay, must — follow and support laws that call for amputating thieves’ hands, and killing adulterers, “apostates” and gays and lesbians.

No thank you. I follow a Savior who forgives, not a prophet who condemns — and orders sinners killed. This is what Jesus did for the adulterous woman. (If you’ve never seen it, watch this moving clip from the 1977 miniseries Jesus of Nazareth.)

Jesus went even further. On Maundy Thursday, He told His disciples, “a new command I give you: love one another. As I have loved you, so you must love one another” (John 13:34).

Do not forget that 1.6 billion souls venerate a dead desert warlord. Pray that they may come to faith in the true, risen Savior of humanity.

Jesus did this — to the point of giving up his life not just for the disciples, but for anyone then or now or in the future who believes in Him as the Son of God, the Messiah. And His Resurrection on Easter proved that He indeed was, and is, and always will be, the true Messiah and Savior of humanity. (If you doubt the Gospel accounts of Christ rising from the dead, take a look at arguments from, respectively, an atheist turned Evangelical, an Anglican bishop, and a Jesuit priest.)

Muhammad and the Mahdi are Warlords and False Prophets

What does Islam offer to compare to that? Harsh tribal laws raised to sacred status. Constant doubt about one’s eternal fate. Hate not love. Warfare as the highest good. (Yes, some followers of Jesus have fought in His name. But He taught just the opposite.)

Muhammad, in fact, led armies in battle and ordered hundreds beheaded. Islam’s founder is actually much more like what Jesus (minus divinity) might have been had he succumbed to Satan’s temptation to power. “The devil took him to a very high mountain and showed him all the kingdoms of the world and their glory and said to him ‘All these things I will give you, if you will fall down and worship me’” (Matthew 4:8, 9).

Ditto for the Mahdi — the messianic figure whom Sunnis and Twelver Shi`is look for, with slight variations, in the future. Muhammad and his expected epigone are both false prophets, as Jesus Christ warned about (Matthew 24:23ff, Mark 13:21ff).

So joyfully celebrate — even if virtually — Easter and the Resurrection. But do not forget that 1.6 billion souls venerate a dead desert warlord. And pray that they may come to faith in the true, risen Savior of humanity.