The Power of Paul’s Testimony: How Investigating Paul’s Conversion Turned a Skeptic Into a Christian Apologist 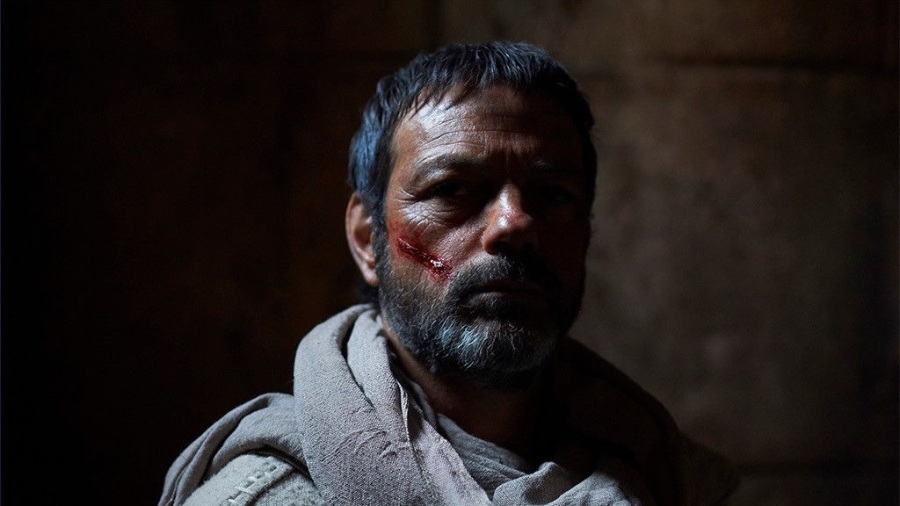 Here’s a very simple proof for Christianity. I’m warning you though, you’re going to be tempted to dismiss it because it’s sneakily uncomplicated. Are you ready for it? OK, here goes:

OK, I’m kidding. Sort of. But I think that we sometimes fail to appreciate the evidential power of Paul’s conversion. Investigating Paul’s story is what turned a formerly self-proclaimed infidel into a believer and Christian apologist. His name is George Lyttleton.

Who was George Lyttleton? Born in the small-town of Hagley, England in 1709, George Lyttleton was a prolific poet, Oxford graduate, and statesman who served as a member of Parliament. He had a friend by the name of Gilbert West.

Living in the “Age of Reason” when deism was all the rage, West and Lyttleton were both critical of Christianity. (For those of you who don’t know, deism rejects divine revelation and miracle claims. God created the world but doesn’t intervene.)

Now obviously Lyttleton’s argument was a little more complicated than “Paul, therefore Christianity is true.” He looked at Paul’s life in Acts and his epistles and concluded that there were four possible explanations for his conversion:

Lyttleton’s book is only about 70 or so pages, so it makes for some light reading. Let me give you a brief synopsis of his arguments.

Was Paul a Deceiver?

Virtually no critic today thinks that Paul’s faith wasn’t genuine for the reasons Lyttleton lays out in about 40 pages of the book. The evidence for Paul’s sincerity is overwhelming. Lyttleton runs through some possible motives that Paul could have had for deceiving the church and finds them wanting.

Paul wasn’t in it for the money. He worked with his own hands making tents in order to finance his missionary journeys. He said that while he had the right to financial support, he opted to forego this privilege so no one could question his motives.

It’s hard to imagine that Paul was in it for his own personal reputation. Consider why he persecuted the church in the first place. A band of fishermen was saying that the Jewish Messiah was executed on a cross and that this Jesus was the Lord of all. He went from being schooled under Gamaliel and considered a reputable Pharisee to joining a band of illiterate preachers. (Acts 4:13) He said that the preaching of the cross was foolishness to the Greeks and a stumbling block to the Jews. (1 Cor. 1:23)

He was persecuted in public and treated like a criminal, being repeatedly imprisoned. Paul obviously wasn’t in it for praises of men.

What about power? Was Paul like so many modern-day “apostles”, lording over the churches? Nope. Paul said he wasn’t even worthy to be called an apostle because he persecuted the church. (1 Tim. 1:13-16, 1 Cor. 15:9)

Even when people were proclaiming the gospel from wrong motives where he was imprisoned, he rejoiced. (Phil. 1:18) And when the Corinthians were arguing over who their favorite preacher was, he drew attention off himself and put it onto Jesus (1 Cor. 1:13) When the people of Lystra tried to worship him as a god, he quickly put a stop to it. (Acts 14:11-16)

Paul clearly didn’t convert to serve his own passions. He lived a celibate life. (1 Cor. 7:7, 9:5) He appealed to his own conduct as an example of what a holy life looks like. (2 Cor. 7:2, 1 Thes. 2:10) Cult leaders like Joseph Smith, Brigham Young, and Mohammed had power and married multiple wives. In comparison, Paul clearly wasn’t in it for sex or other worldly passions.

Here Lyttleton appeals to the story of Paul’s conversion found in Acts. While no one else on the Road to Damascus saw Jesus, his traveling companions had some sensory experience of Paul’s encounter. Paul was also blinded and subsequently healed by the prayers of Ananias. (Acts 9:8-19) Before King Agrippa, Paul appealed to public facts that the king would be aware of. (Acts 26:23- 26)

So for these five reasons, Lyttleton concludes that the weight of the evidence is that Paul wasn’t a liar.

In modern times, this is where most critics land on Paul. He just must’ve had a moment and snapped somehow. But according to Lyttleton, Paul wasn’t ‘cuckoo for cocoa puffs’. Paul, by all accounts, was a pretty cool-tempered guy. Says Lyttleton:

“In indifferent matters be became “all things to all men;” to the Jews, he became a Jew, to them that are without law as without law, to the weak he became weak-all, that he might gain some (1 Cor. 9:19-23). His zeal was eager and warm, but tempered with prudence, and even with the civilities and decorums of life, as appears by his behavior to Agrippa, Festus and Felix; not the blind, inconsiderate, indecent zeal of an enthusiast.”

Paul also doesn’t seem to be depressed. Even when he despaired of life given the nature of his persecutions, he didn’t give up (2 Cor. 1:7-9, Phil. 1:21-23) Lyttleton also points out that Paul obviously was a learned man, as we can tell just by reading his letters.

Moreover, Paul certainly wasn’t credulous. As someone who lived in Jerusalem for a time, there’s no way that Paul was a stranger to hearing about the miracles of Jesus. He had the facts of the resurrection and presumably would have heard the arguments against them. He had heard what happened at Pentecost and of all the miracles worked by Peter and the other apostles up until the death of Stephen. Far from being credulous, Paul had closed his mind against every proof and refused to believe. Says Lyttleton: “Nothing less than the irresistible evidence of his own senses, clear from all possibility of doubt, could have overcome his unbelief.”

Finally, Paul doesn’t fit the bill of someone who suffered some sort of guilt-induced conversion disorder. We have some access to the science of psychology that Lyttleton didn’t have.

According to the Diagnostic and Statistical Manual of Mental Disorders: DSM-IV, women are 5:1 more likely to experience conversion psychosis. Adolescents, military persons in battle, people of low economic status and those with a low IQ are also more likely prone to experience this phenomenon. Paul just doesn’t fit the bill.

Also, we see no evidence that Paul felt any guilt regarding his actions. He seemed more than content with his lifestyle. (Phil. 3:5-6) Paul was a sane and rational person.

This third possible explanation Lyttelton dismisses in one page. The other apostles or early Christians couldn’t have deceived him. Why?

Paul’s Conversion Was Legit and Christianity is a Divine Revelation

Lyttleton concludes that unless we’re going to set aside the normal rules of evidence by which facts are determined, we should accept the whole story of Paul’s conversion as historically true. Therefore, the Christian faith is proved to be a revelation from God. Note that this argument is not dependent on the Gospels.

With that said, there is the dicey issue of arguing for the historical reliability of Acts. Lyttleton’s arguments assume it. He could be accused of begging the question, but proving Acts wasn’t his goal. One would surmise that his audience could find those arguments elsewhere.

For good modern arguments in favor of the historicity of Acts, I recommend Colin Hemer’s The Book of Acts in the Setting of Hellenistic History, Craig Keener’s commentaries on Acts and Lydia McGrew’s Hidden in Plain Sight.

For a good rundown of the arguments for and against Acts — both old and new — here’s an excellent discussion with Dr. Tim McGrew:

Caveats aside, I think Lyttleton’s points are on the money. Paul was either a liar, a lunatic, a dupe or a genuine eyewitness to the resurrected Jesus. The most reasonable option is #4.

You can read Lyttleton’s book in full here.

Erik is a former atheist turned Christian after an experience with the Holy Spirit. He’s a freelance baseball writer and digital marketing specialist who is passionate about the intersection of evangelism and apologetics. Follow him on Twitter.