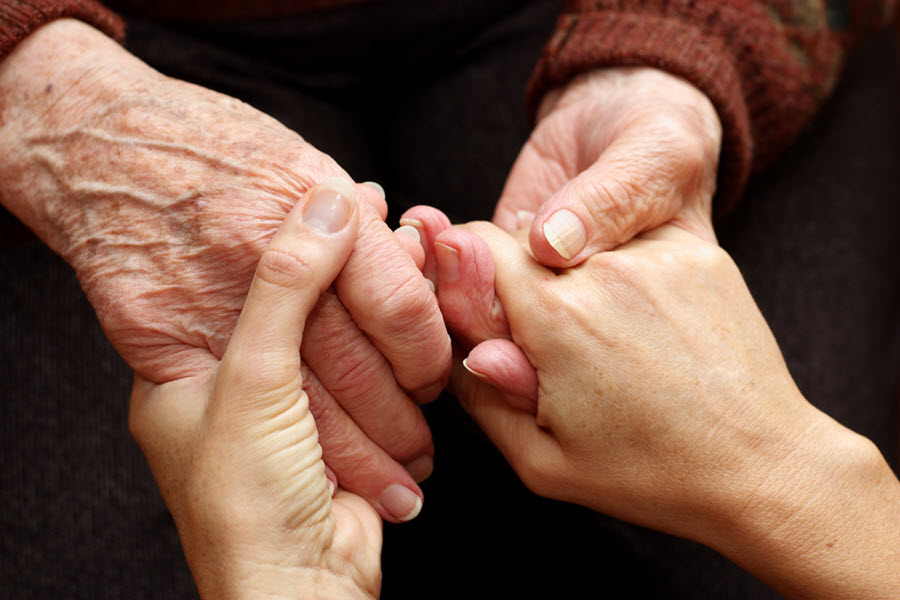 COLUMBUS, OHIO — On the Feast of St. Catherine of Siena, the 14th-century saint, I was surrounded by Dominican friars, priests who have dedicated their lives to God. Remembering her, we sang: “No earthy pleasure, bodily adornment, nor fleshly beauty, satisfied your longing; every enticement to a life unholy, always avoiding.”

One of the remarkable things about Catherine, which may be lost on many, is that she wasn’t a religious sister. She was a laywoman who found true joy by seeing her life as a gift from God to give back to Him, every day. She realized that true freedom lies in obedience to God’s will. Humble perseverance was her way, encouraging people of all states of life — and even a pope.

The friars offered me a little window into their lives, as they prayed vespers in their priory chapel — just yards from St. Patrick’s parish church, where there is a shrine to St. Margaret of Castello, a newly canonized saint. She was born blind in the late 13th century, with a severe spinal curvature. Her noble parents were horrified by her disabilities and believed it would have been better had she never been born. Margaret spent years of her childhood locked away in the house chapel so she could not be seen. Being near the most sacred part of the house, the suffering made her contemplative. Ultimately abandoned by her parents, she would become a beggar, but then was taken in by some locals filled with a spirit of charity. She grew up to challenge those who considered themselves holy and served the outcasts — people discarded by society, as she was.

My time at St. Patrick’s coincided with some online discussion of an article from the Religion News Service about barring women from church leadership roles. It began: “Going to church is generally touted as good for the soul. But there is also evidence church attendance can be good for your health — unless, that is, you are a woman at a church that bars women from preaching or other leadership roles.”

Religion is essential for women and men alike, to be sure. But I don’t need to be a priest to be nourished by the Catholic Church, despite all its imperfections and sinful abuses. Because Christianity isn’t about sin, scandal, mistakes and missed opportunities; it’s about Jesus Christ.

What I’m struck by, after my near half-century of lived Catholicism, is how the Church exults women. Among many other examples, there was the message to all the women of the world issued by Pope Paul VI at the end of the Second Vatican Council, and reissued by Pope Benedict XVI:

“At this moment when the human race is undergoing so deep a transformation, women impregnated with the spirit of the Gospel can do so much to aid mankind … Women of the entire universe, whether Christian or non-believing, you to whom life is entrusted at this grave moment in history, it is for you to save the peace of the world.”

Now, you could tell me that’s too much pressure, but it may just be the healthiest thing ever said about women. It’s a challenge to both women and men, to live with an appreciation that we need each other and our gifts.

That a woman can’t be a priest is not an impediment to sanctity — or health, for goodness’ sake. Look to women like Catherine and Margaret and see the boundless possibilities for a woman’s life in the Church. They are two laywoman who continue to lead today. And they are so far from alone in what we call the communion of the saints, or cloud of witnesses. Maybe we religious believers should just start actually living our faith? That might just be a Godsend for those who have been made to feel like unwanted burdens.

Kathryn Jean Lopez is senior fellow at the National Review Institute, editor-at-large of National Review magazine and author of the new book “A Year With the Mystics: Visionary Wisdom for Daily Living.” She is also chair of Cardinal Dolan’s pro-life commission in New York.