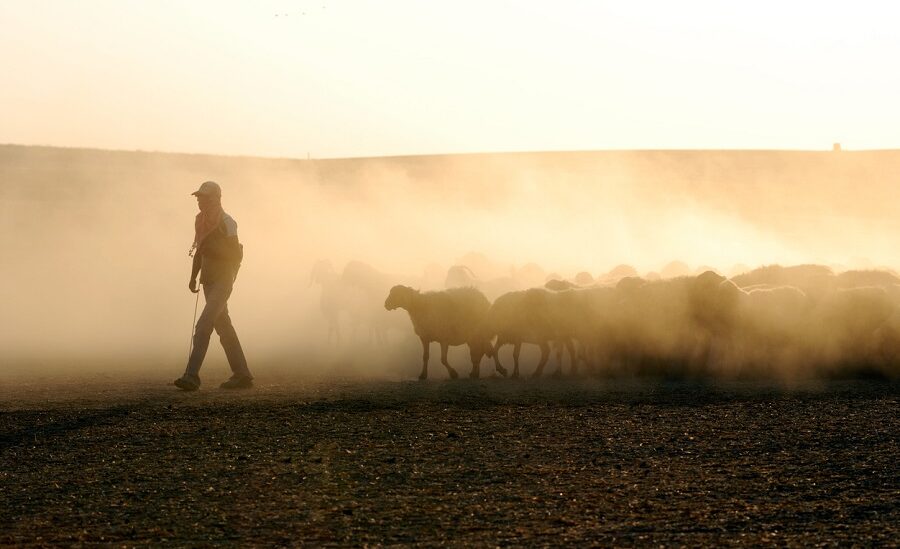 By Constance Hull Published on September 4, 2021 •

I have had a growing frustration with Christian leadership. Watching the tragic Afghanistan exodus unfold, I started to understand the reason for it. Why do I see a connection between Afghanistan and the corruption of so many leaders? It has to do with the type of men I have known.

I served in the U.S. Navy for six years. I was 20 years old and had been in the Navy two years when Al Qaeda attacked America. When the news came that we had gone into Afghanistan, I was manning the phones for a three-star general at the Pentagon Family Assistance Center.

The general was a man of integrity, bravery (he helped pull people out of the crash area and was suffering from minor smoke inhalation), vulnerability, and great compassion. He didn’t avoid the deep suffering he was confronting in the grief-stricken families; he went straight into the heart of it. I do not know his religious affiliation, but he was a man who did not shirk carrying the Cross and all of its burdens.

The Scars of War

I have seen up close the scars of war. Three of my cousins served in the Marine Corps in Iraq and Afghanistan while I served in the Navy.

Fast-forward four years, I was stationed at the National Naval Medical Center-Bethesda, now Walter Reed, while I was undergoing treatment for Post-Traumatic Stress Disorder from that relief work. I lived in the Marine barracks for a few weeks. One of my friends there was the sole survivor of the IED blast that took his three best friends’ lives.

My close friend Liam had served in the Marine Corps, Army, and Navy. He was like a father to me. He was a profoundly brilliant man who had given himself in the service of his country to every combat mission possible, including the Gulf War.

By the time I met him, he was a deeply haunted man. He was haunted by ghosts who would come in his dreams. His best friend blew himself up. He himself had been directly or indirectly responsible for the killing of many people during combat missions. Then, he could no longer function in peace because he had spent too many years at war.

He suffered from severe PTSD. He died suddenly a few years ago of a massive seizure at 50. He had fallen away from the Church many decades prior. Shortly before he died, he told me he was being called back to the Church, but he hadn’t fully committed yet.

These men I served with were willing to die for the man next to them. A lot of them were nominal Christians, some were atheists or agnostics, Muslims, Mormons, Buddhists, etc. Many drank heavily, and many went through women the way they went through drinks. They weren’t saints, but they understood the high calling to lay one’s life down for a brother.

What does all of this have to do with Christian leadership? This level of dedication, love, heroism, masculinity, and leadership that has been lacking in Christian leaders for a very long time. Fear has overtaken them. Rather than boldly leading us with a spirit of supernatural faith, they worry about money, liability, and how we look to the world. They think Christians can’t afford the “embarrassment” of being different.

Our leaders seem overly concerned with honor, praise, power, comfort, security, and luxury. Many will compromise and water down the Good News because they don’t want Christians to be rejected by our culture that has gone completely mad. We don’t want people to leave our churches over actual Christian teaching because we would lose revenue.

These men who have been given the high calling of being one of Christ’s ministers  have shirked the True Cross. They do not want to lay down their lives, while my unbelieving Marine friends willingly sought to do so.

The men I served with were not saints, but they were living the sacrifices necessary when duty called. They were and are willing to lay down their lives for the mission. We as Christians have the single greatest mission in the world: to lead others to Christ. That leadership begins with the leadership who are called to teach, to govern, and to sanctify the People of God, to help us go boldly into the world and lead it to Christ.

To be led in these increasingly dark days of radical secularism and the threat of soft totalitarianism hanging over us, we need men who are willing to die with Christ for the salvation of souls. Men who pray without ceasing, sacrifice and mortify themselves for us and for the conversion of others, those who seek to die to self-love, honor, praise, power, luxury and comfort.

If my Marine friends can sleep on dirty floors where they must use their flashlight each night to beat out camel spiders from their sleeping bags, our pastors should be able to mortify themselves and embrace embarrassment for the People of God and the conversion of the world. The stakes are much higher than any combat mission.

A Cry From the People of God

This article is a cry for authentic, masculine, holy leadership. The hour is very late. There will be no clinging to comfort, luxuries, and worldly power, praise, and security in the coming years. Hostile forces are at our doors and within the Church. We all have to choose between Christ and this world. Will we be a people of supernatural faith or will we fall into the spirit of the age?

As a veteran, I found myself angry at all the lies we have been told for 20 years about Afghanistan. But it’s the same kind of leadership we have been getting in the Church. Lies and passive-aggressive blaming of the victims and the faithful. We have been deeply wounded by our pastors, especially those who lead our churches. Rather than meeting us with contrite hearts, penance, lengthy reparations, humility, and the vulnerability of loving fathers, they have been given us even more red-tape, bureaucracy, blame games, and legal teams.

Where are the brave men who are willing to die to their own comfort, self-love, and desires for Christ’s people? My friends gave everything to serve this country when they thought it was needed. When will our pastors do the same for us as representatives of Christ here on earth? Where are the men who will lay down their lives for their sheep? When will you lead us along the Way of the Cross to eternal life?

There are countless pastors who faithfully live their vocation each day, but there are also far too many who belong to the world. The wounds from their sins run very deep. We need saints who will rise up in order to lay down their lives for us before the hour is too late. We are at war, and the enemy is prowling about like a lion seeking the ruin of souls.

Constance T. Hull is a wife, mother, homeschooler, and a graduate with an M.A. in Theology with an emphasis in philosophy.  Her desire is to live the wonder so passionately preached in the works of G.K. Chesterton and to share that with her daughter and others. She is writes regularly for Catholic Exchange and has also published at The Federalist, Public Discourse, and Crisis. She blogs at Swimming the Depths.

This article is a shortened and ecumenized version of one that appeared on Catholic Exchange.