The Pen is Mightier Than the Word Processor (At Least Sometimes) 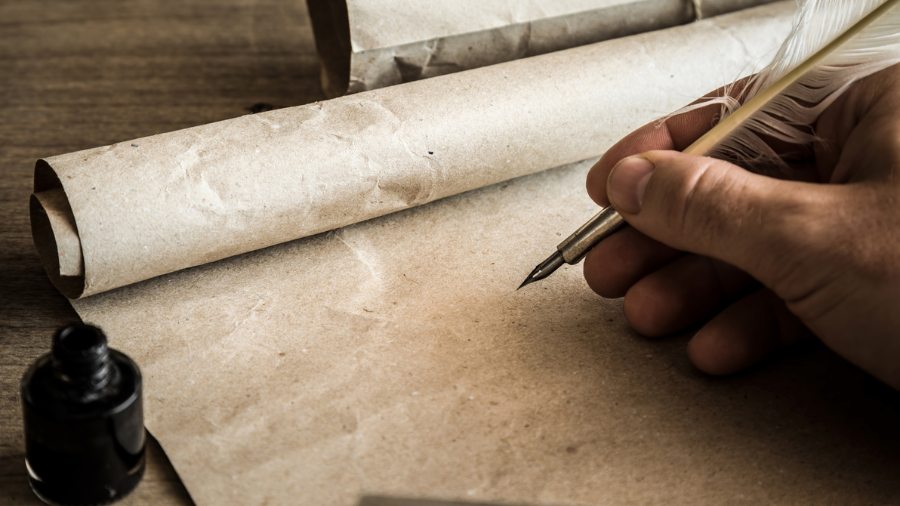 Are we leaving behind anything of value as we move further and further into the digital age? I’m beginning to think we are. As I sit in front of my laptop screen trying to fit my thoughts into less than 1,000 words, it is difficult not to agree with novelist Iris Murdoch who is often quoted as saying, “Why not use one’s mind in the old way with pens, paper, notebooks etc., instead of dazzling one’s eyes staring at a glass square which separates one from one’s thoughts and gives them a premature air of completeness?”

The click of a keyboard, the appearance of Garamond font on a screen, and, perhaps most importantly, the magical transformation of my many misspellings by my friend the spell-checker, give writing a particular feel. It is structured. At times, it can feel cold, robotic, and impersonal.

Something Important Has Been Set Aside

The sense that I’ve given up something important by setting aside the pen and pad in favor of keyboards and touchscreens has only grown stronger as I have participated in the D.L. Moody Digital Archives project. Having taken the time to read through many of Dwight Moody’s letters, I am consistently struck by the difference in feel between handwritten letters and digital communications like emails, texts, or even video. In part, it is the effort that goes into writing a letter. It takes time. More noteworthy than the effort, however, is the raw authenticity and tangibility of a handwritten letter that creates a different experience.

Every Aspect of a Physical Letter Helps Tell a Story

Despite the conveniences of email, texting, FaceTime, or social media posts, I am becoming more and more convinced that there is no digital form of communication that can rival a physical letter. Facebook memories may come closest for me as they remind me of the times I’ve spent with my wife, kids, and friends over the years.

Still, when I take the time to rummage through the boxes in my basement to find the letters my wife wrote me while we were dating in college, I realize Facebook memories can’t match the experience of a physical letter. There is nothing quite like pulling a carefully folded note from an envelope that was torn open many years ago, holding that aging piece of paper that seems increasingly fragile and precious as time passes, and reading the slowly fading blue ink that carries my wife’s thoughts in the form of a cursive script that is uniquely hers. Those letters now represent more than two decades of friendship and love. It is just a different experience, and it is one we should think hard about losing completely.

The letters are more than words on a page (or a screen) because every aspect of the letter helps to tell a story.

Physical letters also offer a sense of place and time that is seldom available in electronic communications. For instance, Moody wrote his family from the road, so his letters are often inscribed on hotel stationery. As you look at these old documents, you can close your eyes and picture Dwight Moody sitting down at a small writing desk after a long day of ministry to write a letter to his son William from the Pierrepont House in Brooklyn Heights. You can see him asking his nephew Ambert to care for the everyday matters of life and ministry in Northfield from the Alta Vista in Colorado Springs or the Parker House in New Bedford, MA. The letters are more than words on a page (or a screen) because every aspect of the letter helps to tell a story.

Making Space for the Pen and the Pad

I won’t be posting scans of written work anytime soon. I’m not sure I could handle the shame of people knowing just how poor my spelling really is. Still, I’m committing to make space for the pen and pad. As I’ve thought about what that might look like, I’ve decided on two primary areas.

First, I’m going to write letters to my kids on their birthdays this coming year. I want my kids to have something from me that they can keep (if they choose to) that will remind them of who I am, how I think, and what I feel for them. Much like my wife’s letters to me, I hope they will be able to pull out an old shoebox of Dad’s letters and find some encouragement and love as they read back through the words I’ve written.

Second, I’m going to start taking notes on paper. I’m notorious for making notes in the margins of my physical books and bibles, but with Kindle I’ve started taking more e-notes on my iPad or iPhone. There isn’t anything wrong with taking notes on Kindle. It’s quite convenient for me to be able to search my notes electronically. Yet, it is going to be hard for me to hand down my e-notes. It will be difficult for anyone who cares to look to see my thoughts about the scriptures or the various books I’ve read in the course of my work. I don’t envision anyone pulling together an archive of my work. My goals are more modest. I just want my kids to have something they can pick up and hold to remind them that Dad was “Christian first” and that despite my flaws, I consistently sought to sit at the feet of Jesus.

There is no need to reject the digital platforms we use on a day-to-day basis. We can be neither luddites who oppose any technological shift nor naïve optimists blind to the losses we may suffer by abandoning the “old ways” for the new. Instead, we must remember that we are first and foremost a people committed to being and making disciples. That task requires more than efficiency and global reach. It requires the sort of deeply personal substance that paper and pen seem well-suited to provide. So as we seek to be and make disciples in a digital age, we would do well to consider how slower, more effortful activities of the analog era may help us build God’s kingdom.

Dr. James Spencer currently serves as President of the D.L. Moody Center, an independent non-profit organization inspired by the life and ministry of Dwight Moody and dedicated to proclaiming the gospel and challenging God’s follow Jesus. His book titled Useful to God: Nine Lessons from the Life of D.L. Moody will be released in 2022. He previously published Thinking Christian: Essays on Testimony, Accountability, and the Christian Mind, as well as co-authoring Trajectories: A Gospel-Centered Introduction to Old Testament Theology.

How I’m Responding to Australia’s Techno-Autocracy