The Night of the Murdered Poets: Remembering One of Stalin’s Forgotten Killing Sprees

The ghastly event happened 70 years ago today, and teaches an important and timeless lesson. 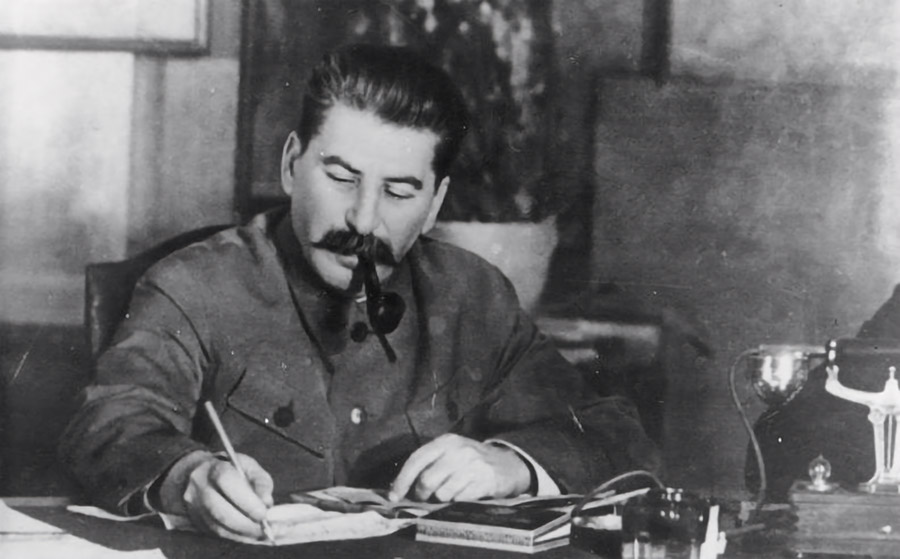 Power kills. Absolute power kills too many to count. Soviet dictator Joseph Stalin spoke with personal authority on the subject when he famously said, “A single death is a tragedy; a million deaths is a statistic.”

To write about any one or more massacres for which Stalin was responsible, one must first answer the question, “Which ones?” There are many. The slaughter of the kulaks during his collectivization campaigns of the 1930s. The Ukrainian Holodomor of 1932-33. The Great Purge of 1937. The killing of 22,000 Polish military officers and prisoners of war in the Katyn Forest in 1940. The mass deportations of various nationalities, accompanied by countless deaths, that he orchestrated throughout his 30 years in power. On and on. “Uncle Joe,” as Franklin Roosevelt called him, ranks as one of the top five mass murderers of the millennium.

One of Uncle Joe’s almost forgotten killing sprees took place on August 12, 1952, and is known in the history books as the Night of the Murdered Poets. On its 70th anniversary, let us remember both the victims and the larger lesson, namely, that concentrated and unrestrained power is ghastly, criminal business.

When Hitler invaded the Soviet Union in June 1941, Stalin suddenly became an ally of Britain and the U.S. in the fight against the Nazis. Everybody knows that much, but too many people forget that Stalin connived with Hitler to start World War II in the first place. He signed a secret agreement with Germany in August 1939 by which the two powers agreed to invade and divide Poland. Stalin used the opportunity to attack the Baltic states and Finland as well.

As Nazi forces rolled toward Moscow, Russian Jews knew their lives were on the line for more reasons than one. A few — actor Solomon Mikhoels and poet Itzik Fefer being among the more prominent ones — formed the Jewish Anti-Fascist Committee (JAC) to raise funds and international support for the Soviet war effort. After Hitler’s defeat, the JAC turned its attention to rebuilding Jewish communities and culture inside the Soviet Union. To Stalin, such activity represented a challenge. Absolute power hates even a whiff of competition.

Beginning in 1948, JAC leaders and activists were targeted for arrest, and worse. Mikhoels was killed in a hit-and-run car “accident” on Stalin’s orders, Soviet archives revealed years later. The others were subjected to torture and brutal interrogations and ultimately charged with “counterrevolutionary crimes.” This went on for years before 15 survivors were hauled into court in May and June 1952.

The so-called “trial” lasted six weeks. It was a farce from the start, its outcome pre-determined. Authors Rubenstein, Naumov and Wolfson in their book, Stalin’s Secret Pogrom, described it as “nothing less than terror masquerading as law.” The Jewish defendants — most of whom were poets and literary figures for whom the JAC was a cause, not a full-time profession — were denied defense attorneys. Even the presiding military judge, Alexander Cheptsov, complained about the dearth of evidence but he was overruled by the higher-ups in the Communist power structure. All were found guilty. The rule of law was trampled by the law of the ruler.

After Hitler’s defeat, the JAC turned its attention to rebuilding Jewish communities and culture inside the Soviet Union. To Stalin, such activity represented a challenge. Absolute power hates even a whiff of competition.

During the night of August 12-13, 1952, thirteen of the prisoners were executed in Moscow’s notorious Lubyanka Prison. Another escaped death only because he collapsed, fell into a coma, and died months later. The 15th, a noted biochemist named Lina Stern, was regarded as too vital “to the State” so she got off with just 3-1/2 years in prison followed by five years in exile in Kazakhstan.

Meanwhile, Stalin busied himself preparing more fake accusations. In what became known later as the Doctors’ Plot, he set up a number of Jewish doctors to face charges of conspiring against the State. The stage was set for another “Poets”-style trial. The lives of the doctors were saved when Stalin died and his ultimate successor, Nikita Khrushchev, announced that the whole thing was one big lie.

Khrushchev revealed that Stalin — the very same man who once ordered Khrushchev to stoke antisemitism in Ukraine in these chilling terms: “The good workers at the factory should be given clubs so they can beat the hell out of those Jews” — had given instructions to “beat, beat and beat again” until the doctors confessed.

If you are tempted to dismiss the Night of the Murdered Poets or the Doctors’ Plot or any other massacre of history’s innocents as interesting facts made largely irrelevant by the passage of time, please think again. Not by a long shot are they irrelevant.

Ghastly spasms of violence are tools of the trade for history’s tyrannies. And tyrannies, of one variety or another, are what most human beings have lived under. Tyranny is the reason we who claim to be “free” should cherish such principles as separation of powers; checks and balances; due process; habeas corpus; the rule of law; the right to vote; respect for individual rights; freedoms of speech, press, assembly, and religion; indeed, of a written Constitution itself.

Those time-honored notions for which so many brave souls sacrificed everything distinguish civilization from barbarity. From anyone who cares little about them, the rest of us should run for our very lives. We should demand an answer to this question from every elected official: What, if elected, will you do to stop and reverse the concentration of power?

As we note this awful moment in history, let us remember that such awful moments are too numerous to ever count, as are their victims. Let us reflect on the principles we know in our hearts are precious and indispensable in preventing future awful moments.

Lawrence W. Reed is FEE’s President Emeritus, Humphreys Family Senior Fellow, and Ron Manners Global Ambassador for Liberty, having served for nearly 11 years as FEE’s president (2008-2019). He is author of the 2020 book, Was Jesus a Socialist? as well as Real Heroes: Incredible True Stories of Courage, Character, and Conviction and Excuse Me, Professor: Challenging the Myths of Progressivism. Follow him on LinkedIn and Facebook. His website is www.lawrencewreed.com.