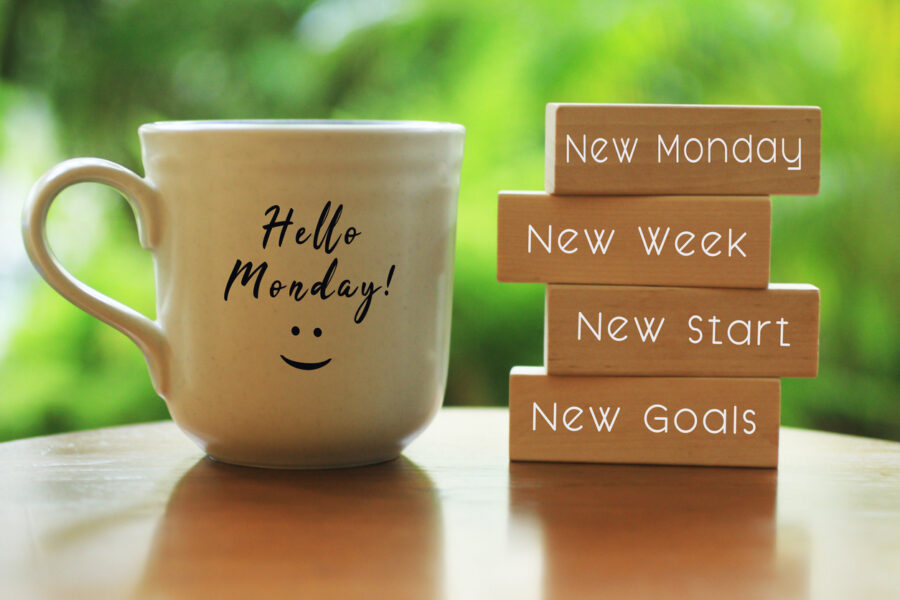 Lots of different Brews on the board today.

But first, Joe Biden offers a dramatic interpretation of what we all feel like before that first coffee of the week.

The growly face wasn’t Joe’s only weird moment in recent days. During an appearance in Connecticut, Biden went on a bizarre riff on how “I like kids more than people.” Given his history of uncomfortable encounters, perhaps that’s not a road he wants to go down.

Biden also praised former Connecticut Senator Chris Dodd on how he treats waitresses. As complements go, that’s pretty unusual in any circumstance. However, in Dodd’s case it’s downright disturbing. In 1985, Dodd was implicated along with the late Sen. Ted Kennedy in the sexual harassment … if not assault … of a waitress.

At least this lady didn’t drown.

The most shocking thing? It was a Saturday and Biden was actually in Washington.

And the DOJ put out a statement: “The Department of Justice will make its own independent decisions in all prosecutions based solely on the facts and the law. Period. Full stop.”

Missing in Action Secretary of Transportation Pete Buttigieg showed up on CNN Sunday morning. Buttigieg said supply chain issues will “certainly” continue into 2022. He claimed the nation suffers massive logjams and empty shelves because Biden “has successfully guided this economy,” sending demand “off the charts.”

As the supply chain crisis grew and grew, Buttigieg took off for two months of family leave. He and his husband, a part-time teacher, adopted two newborns over the summer. A defiant Buttigieg said he was “not going to apologize to Tucker Carlson” or anyone else for being absent.

Why didn’t he announce the leave when he announced the births? And do the usual thing and give his responsibilities to an acting secretary? Why the silence? Don’t the American people deserve a full time Transportation Secretary? Anytime, but especially when the supply chain was falling apart? (And for that matter, when a massive infrastructure bill is being discussed?) Even if it means letting someone else do your job for a couple of months?

Does it help the LGBT cause that the “first openly gay cabinet member” abandoned his post in a time of crisis?

Doesn’t Buttigieg being gone for two months with nobody noticing just confirm his appointment was woke tokenism?

China launched a hypersonic nuclear-capable missile in August that circled the globe, Financial Times reported (the story is behind the paywall). According to the report, U.S. intelligence was stunned by the launch and that China’s hypersonic capacity had advanced so far. “We have no idea how they did this,” a source told the FT.

Gee, if only the US intelligence community focused on hypersonic weapons instead of hyper-woke silliness:

Command your space. Mija, you are worth it."

Perhaps we wouldn’t be in this position if Mark Milley had been more interested in protecting us from China than sabotaging Trump.

The fight against the Biden vax mandates is intensifying.

On Friday, a group of military members, DoD employees and contractors filed a class action lawsuit against the Pentagon and President over the military vax mandate. The suit, filed in Florida, asks for a temporary injunction to block the mandate from going into effect November 22nd. And ultimately for a permanent injunction.

In Chicago, the police union president is urging members to ignore the city’s deadline to report their vax status. If the city tries to punish officers for not complying, warns Chicago Police Union president John Catanzara, only half the force will show up to patrol city streets.

Meanwhile, Delta Airlines is boasting that they’ll have no part of a “divisive” vaccine mandate. The airline’s CEO Ed Bastian brags Delta has a 90% vax rate without mandates. “By the time we’re done, we’ll be pretty close to fully vaccinated as a company without going through all the divisiveness of a mandate,” said Bastian.

ESPN is losing star Alison Williams after denying her a vaccine exemption. Williams is trying to have a second child, and in consultation with her doctors wants to avoid the jab. So Saturday, she posted an emotional message on Instagram announcing her exit.

“Belief is a word I’ve been thinking about a lot lately, because in addition to the medical apprehensions regarding my desire to have another child in regards to receiving this injection, I am also so morally and ethically not aligned with this,” Williams said. “And I’ve had to really dig deep and analyze my values and my morals, and ultimately I need to put them first.”

17 missionaries from a U.S. based organization — including five children — have been kidnapped in Haiti, by a notorious gang known as 400 Mawozo. The missionaries were visiting an orphanage in Gainther, east of Port-au-Prince.

Ohio-based Christian Aid Ministries is asking for prayer.“Join us in praying for those who are being held hostage, the kidnappers and the families, friends and churches of those affected.  “As an organization, we commit this situation to God and trust Him to see us through.”

In his Sunday monologue, Mark Levin warns about “dark money, billionaires, the Democrat party, corporatists, and others” in the 2020 election. Why? Because if we don’t deal with what they did, the 2024 presidential election “is going to wind up the same way.” Stolen, by the Democrats. And he’s got the evidence, much of it from the horse’s mouth. They’re so confident they talk about it in public — even in Time magazine. Go listen. But first, go . . .

Still think the 2020 Election was on the up-and-up? You won’t after reading Mollie Hemingway’s new book Rigged, writes Alex Chediak. We’ve got his review.

And just up this morning, John Zmirak with “Oh Stewardess, I Speak Woke.” John’s glossary to the real meaning of the words used by progressives.