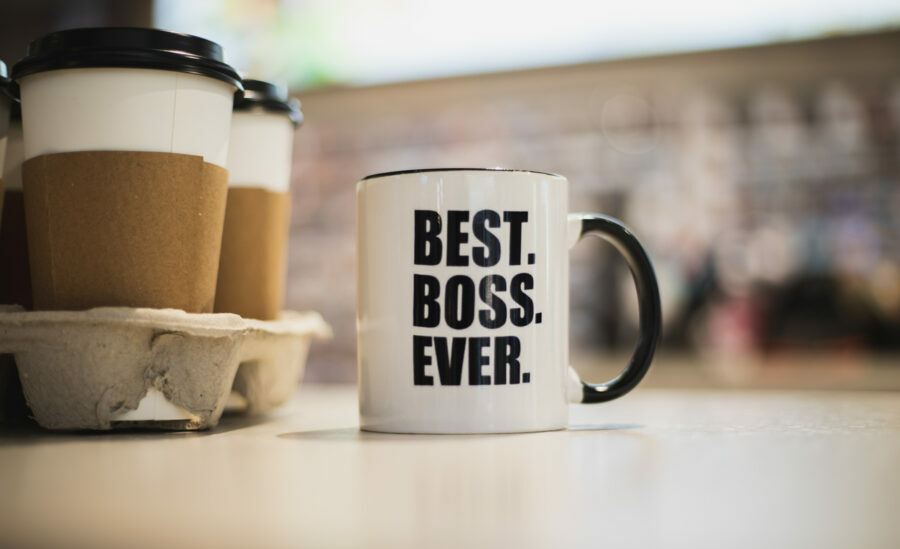 Wait. I know this one. "Mugs That'll Never Be Found on the Desk of Andrew Cuomo."

A lot of fresh flavors on today’s Morning Brew list.

New York’s Andrew Cuomo is a hands-on politician. And not in the good way. An investigation by the state’s (Democratic) Attorney General has concluded that Cuomo sexually harassed multiple women in violation of state and federal law. That includes staffers.

“Nope,” says Cuomo. The defiant governor dismissed the calls to quit and declared the investigation “biased” and politically motivated. Again, he denied any wrongdoing.

“I never touched anyone inappropriately or made inappropriate sexual advances,” he said. “I am 63 years old,” he added. “I’ve lived my entire adult life in public view. That is just not who I am and that’s not who I have ever been.”

Will he be forced out? Or will he be saved by the magic protective “D” after his name?

You can read the full report here.

And for more on Cuomo, check out John Z’s hot off the presses, “Hey, Andrew Cuomo! Are Human Beings Flawed Diamonds or Mystery Meatballs?”

Elizabeth Warren to Teen Girls (and Younger) in Teen Vogue: Abortion Rights is “About the Functioning of Our Democracy”

So Sen. Elizabeth Warren is telling the teen and younger readers of Teen Vogue that voting and abortion are “about the functioning of our democracy.” DCNF has the story here.

Uh, does the fetus get a vote?

Of course, the funny part is this is the same Elizabeth Warren who tells teens to celebrate the “personal autonomy” of shredding to pieces the child growing inside their womb spent 2020 calling for mask mandates.

Speaking of which, one of Biden’s top COVID advisors admits many cloth face coverings “are not very effective.” Still, Dr. Michael Osterholm says they’re “better than nothing” at slowing virus spread.

Where there should be a wall, Biden-Harris has put a magnet. Border Patrol encountered 205, 027 illegal immigrants in July. That’s the most since 2000. The number of unaccompanied minors also set a record. In the deadly summer heat.

As our nation is overrun, Kamala Harris again spoke Thursday of addressing “root causes” — rather than deal with the immediate issue of hundreds of thousands of people illegally crossing our border. Unfortunately, “looking in the mirror” was not one of her talking points.

Meanwhile, the Administration released its “Collaborative Migration Management Strategy.” What you’ll notice in the cover statement is the strategy says nothing about securing the American border or protecting the American people. You know, the people they’re paid to serve. All it talks about is “safe, orderly, and humane migration.” You know, the people they’re not paid to serve.

Twitter, which tosses people off its site for daring to share facts and opinions it doesn’t like, is trying to create the illusion of impartiality. The Big Tech giant announced Monday it’s teaming with the leftist Associated Press and left-leaning Reuters to help identify “misinformation.”

Asking AP to fairly judge information is like asking Chrissy Tiegen to judge a congeniality contest.

America wrestler Tamyra Mensah-Stock won the gold and won millions of hearts. In a presser after her victory in the women’s freestyle 68kg category, Tamyra praised God and praised the U.S. of A.! Imagine that.

“It’s by the grace of god I’m able to even move my feet! I just leave it in his hands, and I pray that all the practice, the hell that my freaking coaches put me through pays off, and every single time it does, and I get better and better.”

“That American flag around your shoulders looks pretty good,” a reporter then asked. “How does that feel to represent your country like this?”

“It feels amazing! I love representing the US, I freaking love living there. I love it, and I’m so happy I get to represent USA!”

Watch and feel your heart fill with pride.

If you liked that, check out Nancy Flory’s new article, “‘God Alone Defines Me’: A Look at Olympians Who Put God First.”