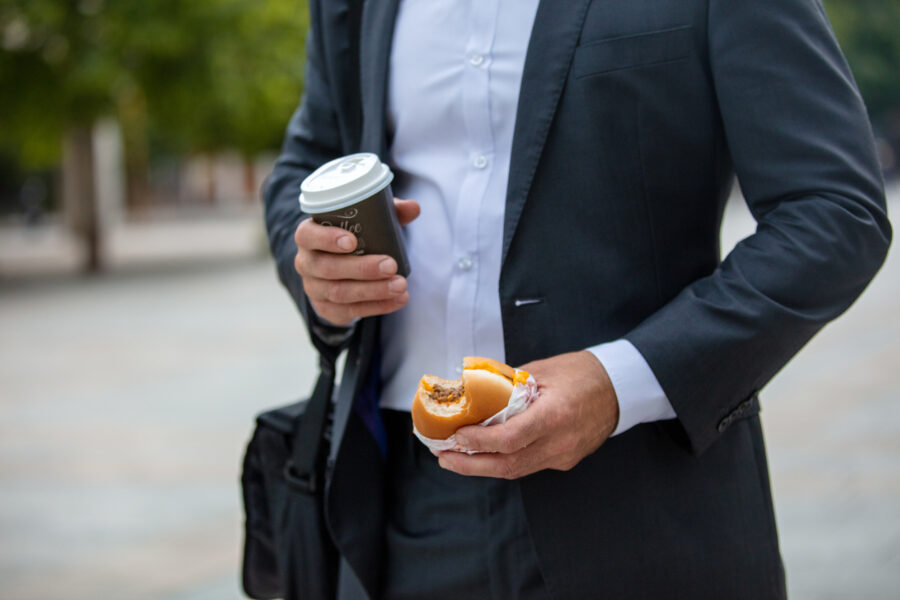 In-and-Out, That’s What Freedom’s All About

San Francisco temporarily shut down the In-and-Out burger location at Fisherman’s Wharf after the restaurant refused to check the vaccination status of customers as the city required. But the popular Christian-owned chain wasn’t about to be intimidated.

“We refuse to become the vaccine police for the government,” In-and-Out’s Chief Legal and Business Officer Artie Wensinger said in a statement to Fox News. After calling the SF Dept. of Health’s mandate “unreasonable, invasive and unsafe,” Wensinger accused the city of trying to “segregate customers based on vaccination status.”

“We fiercely disagree with any government dictate that forces a private company to discriminate against customers who choose to patronize their business. This is clear governmental overreach and is intrusive, improper, and offensive.”

Curious, isn’t it, that of all the restaurants in the city, San Francisco targeted a famously Christian-owned restaurant in the city’s most popular tourist area.

The (partial) good news: The In-and-Out was allowed to reopen, but with no indoor dining.

The bad news: There are still places in the country that don’t have In-and-Out burgers, and what a shame that is.

On top of the news that the Biden Administration is covertly flying thousands of undocumented unaccompanied children into New York and Florida in the dead of night — oops. Sorry Jen. I mean on “early flights” (eye-roll) — comes some more disturbing news.

According to Customs and Border Protection, a staggering 1.7 million illegal immigrants were encountered by border patrol in Fiscal Year 2021. That’s the most since 1986. Of course, thanks to the White House, very few are being turned back. You practically have to commit mass murder … or protest at a liberal school board meeting. And nobody’s getting screened during this “pandemic.”

In San Francisco, you're required to show more medical paperwork to buy a burger at In-N-Out than you are to enter our country.

What Do You Call a State Attorney General Who Uses the Power of Her Office to Prosecute a Journalist Who Exposed the Criminal Behavior of a Major Donor? In This Case, You Call Her Vice President Kamala Harris

New proof has emerged that while California Attorney General, Kamala Harris abused the power of her office to prosecute and harass journalist David Daleiden, the man who exposed Planned Parenthood’s baby part-selling operation. Planned Parenthood was a major contributor to Harris. Over $81,000, in fact.

When Daleiden was busted, government goons seized materials from his home including unreleased Planned Parenthood footage. Footage the abortion industry has been desperate to keep from the American people. According to Daleiden’s attorney, current Deputy Attorney General Johnette Jauron admitted those materials were turned over to the National Abortion Foundation, which was engaged was in a civil suit with Daleiden.

Let that sink in. Kamala Harris abused her power to protect her financial benefactors who were chopping up unborn babies and selling the parts for profit.

Imagine what she’d do with the full power of the U.S. government at her disposal.

Actress-turned-activist Alyssa Milano was arrested Tuesday during a voting rights protest at the White House.

That’s in Washington. As you know, actresses over 40 can’t even get arrested in Hollywood.

Speaking of Milano, I’m going to give CNN some free advice. CNN, your ratings couldn’t be lower if all you did was air re-runs of amateur Norwegian curling competitions. I mean, really. Brian Stelter losing to dusty old reruns of Fresh Prince of Bel-Air? How sad.

I say you drive a truck load of money to Milano’s house. And you drive another truckload to her former Charmed co-star Rose McGowan’s house. You take the Woke actress and the awake actress, give them their own nightly show to duke it out over the issues.

It’ll make pro wrestling look like episode of Bob Ross. And infinitely more informative and interesting and articulate than anything you’ve currently got running.

Good news! Joe Biden’s been given permission to answer questions.

The Bad News! His handlers will be picking the questions and preparing the answers.

Joe Biden is doing another “town hall” tonight on CNN. Anderson Cooper will be the caretaker. I mean, host. The questions will come from invited guests. Meaning the questions have been pre-screened and the answers prepared in advance.

The town hall comes as polling shows more bad news for the president. His approval rating in the latest Quinnipiac poll is 37%. And that’s in a poll where only 23% of respondents were Republicans.  His approval rating among Independents is down to 28%.

Someone’s got the cranky pants. Virginia’s Democratic candidate for governor Terry McAuliffe snapped during an interview with a local reporter, abruptly ending the interview. The station offered 20 minutes to each candidate. McAuliffe bolted after 10, telling the reporter “you should have asked better questions.”

Here’s the awkward video of @TerryMcAuliffe walking out half way through what was supposed to be 20 minute interview with local ABC affiliate pic.twitter.com/EjQ6OL22Fo

The October 13th interview aired Tuesday night. Here’s the thing. McAuliffe is in a very tight race with Republican Glenn Youngkin. In fact, latest polls show Youngkin edging ahead. Bad enough that he got testy with a reporter. But this wasn’t some small market in a far corner of Old Dominion. This was a planned sit-down with Nick Minock of WJLA 7 in Washington, D.C., which broadcasts into Virginia’s Democrat-heavy DC suburbs.

Looking like a snotty brat to your own base in a major market two weeks before an election … not exactly smart. McAuliffe’s panicking.

Meanwhile, McAuliffe is now saying Youngkin has “taken out of context” McAuliffe’s remark that “I don’t think parents should be telling schools what they should teach.”  Youngkin is now airing a pointed riposte, showing seven times McAulliffe had the chance to take back the remark and didn’t.

Terry McAuliffe is now claiming he's being taken "out of context" — can you believe this guy?

Here are 7 times he confirmed he thinks parents should have no say in their child's education. It's on tape! pic.twitter.com/gTPXGYkPfZ

An impatient wait for an elderly man to finish preparing a cup of coffee has inspired The Stream’s poet laurate David Mills to pen a beautiful essay “Are You a Kind Person?  One Test Will Tell You”

And just posted, revelations in John Durham’s indictment of Perkins Coie lawyer Michael Sussman, convince me he must include the murder of Seth Rich in his investigation. Please read “Durham’s Got a Murder Mystery on His Hands … Does He Realize It Yet?” See if the case I make makes sense. Is it tin foil or truth?