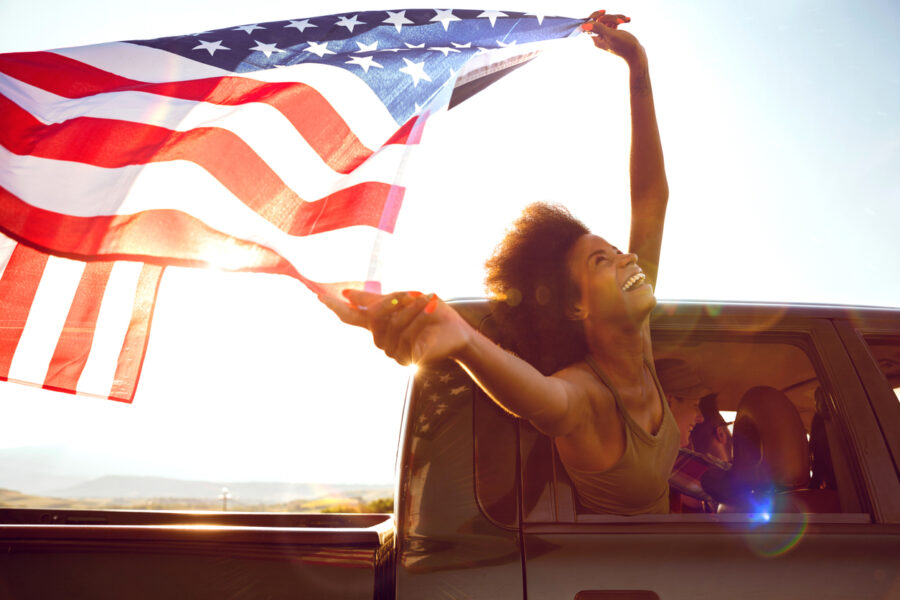 Hope you are ready for another fun ride with the Morning Brew in hand. But beware. This first story may cause a spit-take.

Remember that rather funny Donald Trump balloon that protesters would fly whenever Trump was across the pond? America could have used that balloon to represent us at the G7.

On Sunday, Joe Biden confused Libya with Syria. Not once or twice but thrice.

For the record, Joe, Libya’s the country you, Hillary and Obama overthrew, ushering in a rebirth of the African slave trade. Syria’s the country you and Obama drew a red line in, then ignored it and let Putin get a foothold in the Middle East for the first time in a generation.

But here’s a clip that’s raising some eyebrows. Listen at the end. He’s asked about sanctions. His voice drops to a raspy whisper. “A hundred and twenty days,” he says. “Gimme a break. It takes time.”

By golly, when did Joe Biden turn into Clint Eastwood?

In Today’s Episode of “Did You Vote for This?” Biden Admin Cancels “Mother”

Speaking of Biden and the movies. I’ve got a quick quiz: What’s the difference between Joe Biden and Norman Bates? One did away with “Mother.” The other runs a motel. (Have at it, meme-makers.)

Now, for those who voted for Joe Biden, a serious question. Did you vote to eliminate “mothers”? Because even from his basement I don’t recall Biden saying that within five months of taking office he would replace “mothers” with “birthing people.” Had he proposed that, even the dead in Pennsylvania would have checked another box.

But that is precisely what Biden in his new budget proposal does. It’s found in the section named “Investing in Public Health Infrastructure.” $200 million being proposed to tackle the “high rate of maternal mortality and race-based disparities in outcomes among birthing people.” (Emphasis added.)

“Can you tell me what that means?”

“There are certain people who do not have gender identities that apply to female or male so we think our language needs to be more inclusive.”

.@RepJasonSmith on 'birthing people': "I've never heard the term before. Can you explain what it means?"

Acting OMB Director Young: "There are certain people who do not have gender identities that apply to female or male so we think our language needs to be more inclusive." pic.twitter.com/0SgO1r7AMR

Sen. James Lankford (R-OK) then asked HHS Secretary Becerra about it … just in case OMB folks had gotten loopy and messed with the text of the budget proposal.  No such luck.

SEN. LANKFORD: "Can you help me get a good definition of 'birthing people?'"

BECERRA: "We're trying to be precise in the language that's used."

SEN. LANKFORD: "Mom is a pretty good word. That's worked for a while." pic.twitter.com/tE6uBPQFVM

Asked Sen. Lankford, “Can you help me get a good definition of ‘birthing people?'”

Becerra replied, “We’re trying to be precise in the language that’s used.”

“Mom is a pretty good word,” countered Lankford, “That’s worked for a while.”

AOC Joins Push to Get Justice Stephen Breyer to Retire

After decades of liberal domination of the court, liberals cannot handle the fact the court (supposedly) now leans conservative. Rather than wait for Democratic presidents to have openings to naturally occur, they want to toss away history and simply add a mess of new liberal justices. Echoing the late Supreme Court legend Ruth Bader Ginsburg, Breyer explained why court packing is an abysmal idea.

If that doesn’t anger the left enough. They’re also scared of his wrinkles. Stephen Breyer is going to be 83 in August. They don’t want the same thing that happened to RBG to happen to Breyer. RBG didn’t retire during Obama’s term, assuming Hillary would win. She died last year, giving Trump the opportunity to name his third Justice, Amy Coney Barrett.

So, with a good chance of losing the Senate in 2022, which would force Biden to go with a more moderate choice, and 2024 no guarantee despite Big Tech’s best efforts, they’re coming at Breyer with both barrels. A New York Times op-ed, the Washington Post, The Nation, The Atlantic. And now AOC, who told CNN Sunday she’s “inclined to say yes” to wanting Breyer shipped home.

Fortunately, Justice Breyer is spitting in the face of the pressure. According to the New York Times, Breyer is ethically opposed to the idea. He believes retiring for political reasons would compromise the court and increase political division.

Meanwhile, Breyer can look on the bright side: At least they ain’t accusing him of rape … yet.

Yeah, we can talk about the G7. But let’s open with G-forces. After a year’s captivity caused by the COVID lockdowns, the Jersey Devil has been unleashed.

🚨THIS IS NOT A DRILL🚨

According to the park’s website, the Jersey Devil is 13 stories high, has a 130 foot drop and hits speeds of 60 miles an hour.  So would you ride that coaster? My heart says yes. My stomach says, “Do it and I’ll call in a favor from some Jersey mobsters.”

A modest proposal on a Monday morning.

Since including the “e-word” still gets posts slowed and saying “e-word f-r-a-u-d” gets posts stomped by Big Tech, I propose trying something new when talking about the 2020 E.

The sudden acceptance of the “Wuhan Lab Leak Theory” after a year of similar censorship is our inspiration. Perhaps we can get away with “The US Vote Leak Theory.” This theory holds that a bunch of votes leaked into one guy’s campaign from heaven knows where and a bunch of votes for the other guy leaked away from the official tallies by God knows who.

So “The US Vote Leak Theory” it is.

I say this half in jest. But also in the righteous anger that in America we cannot even freely talk about our own E-L-E-C-T-I-O-N without the goose-stepping goons of Silicon Valley descending on our digital necks.

So what is the latest in the world of the U.S. Voter Leak Theory? The Biden DOJ is on the prowl. AZ is on the move, and according to Rasmussen, a majority of Americans believe cheating impacted November’s results. See my article “AG Takes Aim at State Audits, AZ Nears End of Hand Recount, and More Americans See ‘Trump Won’,“ just posted to The Stream.

And if you like it or The Morning Brew, please share via email or social media. It’s how we can get around Big Tech.

The madness of the left helped drive Dave Rubin to the right. Hear him explain his fascinating journey in “Why Talk Show Host Dave Rubin Walked Away From the Left.” Up now on The Stream.