The Morning Brew: American Kids Still Stranded in Afghanistan and Will It Be a Blue Christmas Toy Season? 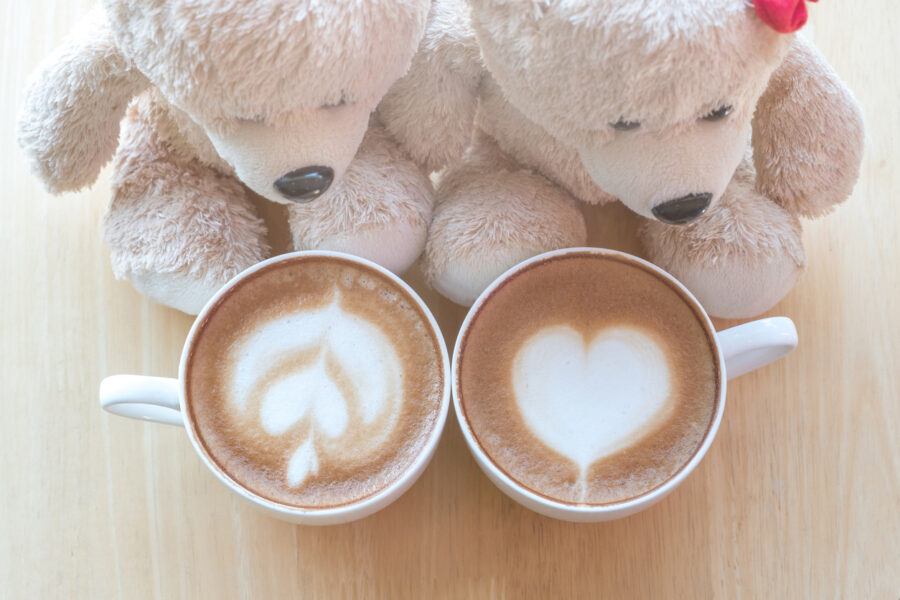 A Happy and Hearty Thursday to you.

I know it’s a little early, but today’s Brew ends with a teeny bit of Christmas spice. A treat we hope you’ll share!

While the FBI is hunting soccer moms, the Taliban is hunting American school children still stuck in Afghanistan. The Los Angeles Times reported Wednesday that dozens of California schoolchildren and their families are still trapped in Afghanistan.

Yo, White House. Planning on “circling back” to those people any time soon?

Bad News for Joe Biden: His Quinnipiac Poll Numbers are Tanking Across the Board

The botch-job of Afghanistan is only one of the reasons Joe Biden’s approval ratings are taking a plunge.

A new Quinnipiac poll is out and the news is dreadful for Joe. For example, his approval rating from independents is down around 32%. He is underwater with all voters on taxes, his handling of the U.S. military, and deep underwater on immigration. In 2020, he ran on how he was the answer to the COVID crisis. He’s now hit 50% disapproval on his handling of COVID.

Only 44% think he is honest. Only 41% think he has good leadership skills. 55% of those polled … in a poll that tends to skew positive for Democrats … believe he is not competent in running the government.

The good news? A majority still approve of his choice of favorite ice cream flavor.

Biden says he talked to Chinese Premier Xi Pinping. “We agree .. we’ll abide by the Taiwan agreement. We made it clear that I don’t think he should be doing anything other than abiding by the agreement.”

China’s thinking, “Biden won’t even stop an invasion of hundreds of thousands of illegal immigrants a month into his own country. He’s going stop us from invading Taiwan?”

You know that Facebook “whistleblower” who was on 60 Minutes and Capitol Hill? The one who’s now everyone’s hero? She’s up there calling for government control of “misinformation.” Sure, reigning in Big Tech wouldn’t be a bad thing. But is that really who Frances Haugen wants to reign in? She’s talking about censorship of information that threatens her leftist ideology.

Haugen was part of the “Civil Integrity” unit that sandbagged the Hunter Biden laptop story in October. Don’t know if she personally was involved. But given her definition of “misinformation” and the company she keeps, at best she’d be cheering from her cubicle.

This woman has a habit of donating to AOC and candidates like her. She’s being repped by Jen Psaki’s PR firm and is being handled by an Obama operative.

This couldn’t be more fishy if Haugen breathed through gills.

She should be wearing a mask because she’s trying to rob America blind. But now we know, Rep. Rashida Tlaib is wearing a COVID mask just for the cameras. And her confession was caught on camera.

The snarky, anti-Semitic Squad member was at an event in Detroit Monday, when an attendee thought she had scolded him for not wearing a mask.

“Oh, no, oh, not you!” Tlaib was recorded saying. “No, no, no — I’m just wearing it because I’ve got a Republican tracker here.”

Caught on Video: @RashidaTlaib Admits She Only Wears Mask for Cameras

"I'm just wearing it because I've got a Republican tracker here"

As reported by the Washington Free Beacon, masks have already caused trouble for Tlaib. A few weeks back, she ripped Sen. Rand Paul for urging citizens to “resist” CDC’s recommendation to wear masks indoors even if vaccinated in areas with a high concentration of cases. Like Dearborn. Just days later, she was caught partying maskless at a wedding … in Dearborn.

Trouble in Toyland. Worries About Toys Making It to Shelves in Time for Christmas

The continuing problems with port backups and truck driver shortages is putting the Christmas toy shopping season in jeopardy. According to the Associated Press, “Toy companies are racing to get their toys onto store shelves as they face a supply crunch because of the pandemic. Toy makers are trying to find containers to ship their goods while searching for new routes and ports.” 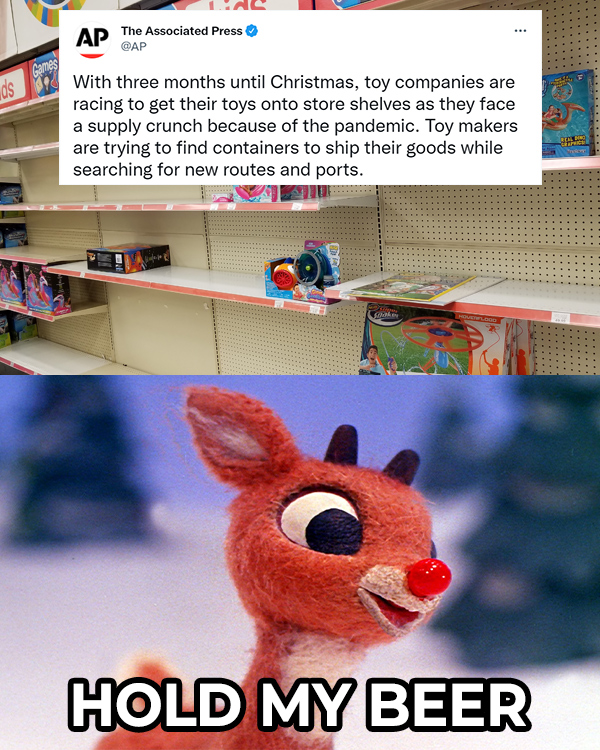 John Zmirak weighs on on the FBI being ordered on the hunt of parents upset at their kids being indoctrinated and suffocated. “Still Think We Don’t Live in a Police State?”

And just up, a fun one from Mark Judge on a culture that’s grown weary from joy, called “Fun Triggers the Stasi: Cancel Culture and ‘The Everlasting Man’.” I mean, how often do you get Chesterton and the Pet Shop Boys in the same article?