The Media Says Joe Biden Will Be President, and I’m Relieved 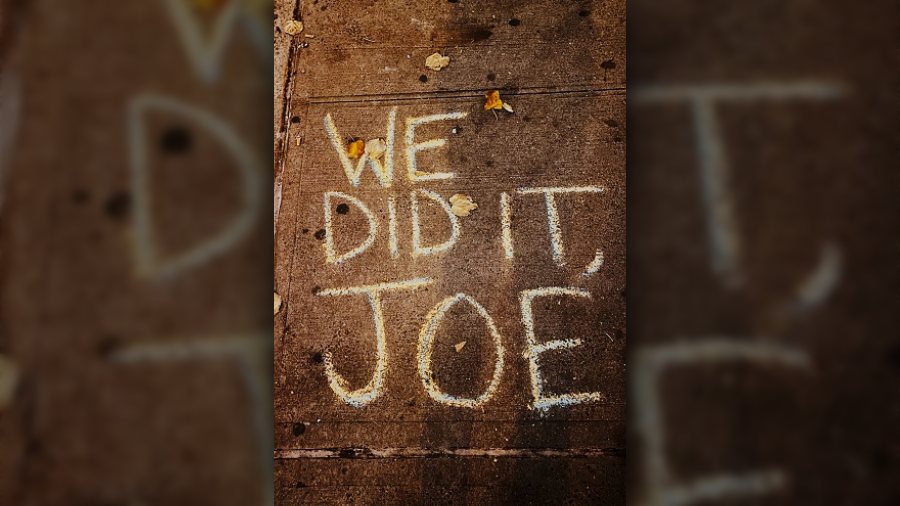 The mainstream media have declared Joe Biden the winner of the 2020 presidential race, and I am so relieved. The evil four-year reign of Bad Orange Man will finally come to an end. The United States of America can finally go back to being a country of quiet dignity and respect.

No longer will we have a racist for our chief executive officer. Instead we will have the man who served as vice-president to our first African-American president. What could be better to bring healing between the races? We will have the man who referred to President Obama as “the first mainstream African American who is articulate and bright and clean.” A true hero to the African American community.

But his talent for racial sensitivity doesn’t stop there. Let’s not forget the fantastic way he reached out to the Indian-American community for their stellar contribution to America in running convenience stores. You know his running mate Kamala had to appreciate that.

Sure, the NAACP called the legislative amendment “the greatest symbolic defeat for civil rights since 1964,” but Biden put them in their place. The true racists opposed this legislation: “The new integration plans being offered are really just quota systems to assure a certain number of blacks, Chicanos, or whatever in each school. That, to me, is the most racist concept you can come up with.”

“As a result of these policies — and many others — the United States imprisons a higher proportion of its population today than any other developed country. … Because we impose harsher sentences on convicts than any other nation deems conscionable.” Go Biden! Go U.S.A.!

And women will be safer too! No more will we have a “P**** grabber” as our leader. Absolutely not! President-elect Biden knows to stop at shoulder rubs and hair sniffing.

And Respected All Over!

And, finally, a commander-in-chief respected by other countries! After all, we know for sure that China loves him, and Ukraine. With any luck, he’ll get us back into the deal with Iran that Orange Man ruined. Plus, there’s the matter of the Middle East. Orange Man was on the verge of making historic, unfathomable changes in the Arab/Israeli conflict. Sudan, United Arab Emirates, and Bahrain have agreed to sign a peace treaty with Israel.

Who is Orange Man to interfere with these private country’s personal conflicts? These countries have been fighting with Israel since it’s inception in 1948, and with each other since time immemorial. Same with Serbia and Kosovo.

How is it Orange Man’s business to negotiate peace with them? No, my friends. We will be much better off with a man that will let foreign countries do as they please, as long as they pay for the privilege.

Finally, we have the perfect feminist role model. Harris proves, beyond a shadow of a doubt, just how far an intelligent and determined woman can go provided she gets her start by engaging in an extra-marital affair with a very powerful man. Thank you, Willie Brown for spotting her talent early.

And we won’t have to worry about her being soft on crime or molly coddling her fellow people of color. Just take a look at her record in California. She arguably put more black men in jail for petty marijuana violations than most white prosecutors did for serious crimes. But, it’s not just about incarceration. She knows what’s important is to keep these criminals locked up. Fortunately, she’s already proven her willingness to refrain from early release by not allowing a minor point, like DNA proving a man’s innocence, to force her to acquiesce.

Yes, my fellow Americans, a wonderful new era is upon us and we should all rejoice! Probably the most wonderful thing about the Harris/Biden Presidency is no more tweets. No longer will we as Americans have to suffer the embarrassment of childish and nonsensical gibberish being tweeted out on an almost daily basis.

No, sir. From now on these gaffes will be delivered the old-fashioned way, through Joe Biden’s lips.

All the references but one are taken from an article in New York magazine’s “Intelligencer” section from 2019, before Democrats forgot his record. The other is taken from a Time magazine article on Biden’s gaffes, from 2006.