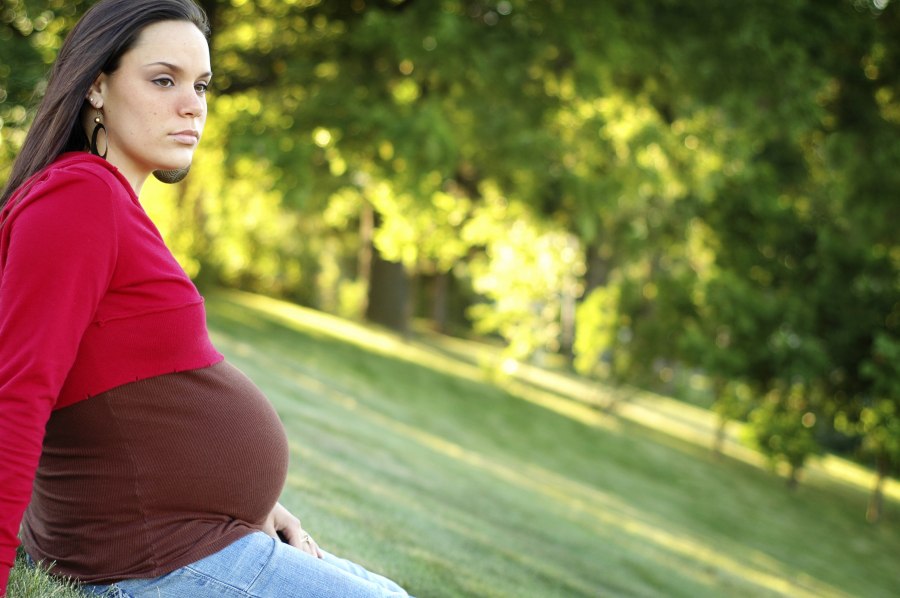 It seemed so Providential. So heaven-sent. So meant to be. And perhaps it was. Perhaps I will never really know for sure.

What I do know is, when I saw her email sitting in my inbox, my heart skipped a beat. My article on ancient child sacrifice and the modern abortion epidemic, in which I’d quoted this woman — interviewed while seeking an abortion — had only been up for about three hours. But she had obviously seen it — why else would she be emailing me?

I’d Quoted Her in an Essay on Child Sacrifice

I swallowed the lump in my throat and opened the message. I fully expected to see a string of curses and epithets directed at me personally. What I found, however, surprised me. The message was respectfully written —complimentary, even; and, although the author did take issue with some of what I’d written, she’d done so in a cool-headed and reasonable fashion.

This was clearly not your typical hysterical, off-the-rails, rabid pro-abort. I decided right then and there to try to change her mind.

Since abortion was temporarily outlawed in her state due to the coronavirus pandemic, I figured I had a bit of time to work on her. So I decided to take it slowly. In that first reply to her, I focused on thanking her for her civility and trying to explain the writing choices with which she had taken issue. I also expressed my compassion for her situation by explaining that I myself was post-abortive.

Could Her Baby Be Saved?

Late that night, she wrote me a beautiful, heartfelt reply. She included grisly details of her medical condition, which was severe. She also described her dire financial situation. She’d been living paycheck-to-paycheck as a single mom, without any familial support, until she lost her job entirely as a result of the pandemic. She even included a photo of her two adorable sons. All of this made me feel incredibly close to her in spite of the hundreds of miles between us. She ended by expressing her belief that pro-lifers are zealots who force their beliefs onto others and disregard women’s rights.

Her medical condition was severe, her financial situation dire. She’d been living paycheck-to-paycheck as a single mom, without any familial support, until she lost her job entirely as a result of the pandemic.

Well, I had to respond, not only because of her misconceptions, but because of the bond with her I now felt. However, I didn’t want to respond with words alone. I wanted to respond with concrete resources and solutions to help her choose life, because the obstacles she’d presented were both real and daunting.

This is where social media proved its merits. I posted that I was seeking support services in her area. Within minutes I had the names and addresses of crisis pregnancy centers, phone numbers for pro-life counseling hotlines, and a dozen other life-affirming resources, all in her general vicinity.

With all my ducks in a row, I sat down to write my reply. I thanked her for sharing so much with me and told her how privileged I felt that she had given me such an intimate glimpse into her world. Then I answered her complaints about pro-life “zealots”:

I wish you could be a fly on the wall in my apartment — better yet, in my mind and my heart. … After I read your heart-rending message, I spent the entirety of my morning and early afternoon combing through my contacts, making phone calls, sending emails— hunting down people in your area who are prepared to help you in a tangible and substantial way.

I then listed all of the resources I had gathered for her, and said:

If you knew how many people were involved in obtaining this information — people who have all been touched by your story … your perception of “people like me” might soften.

Lastly, I told her a bit of my story. I told her about the two abortions I’d had —how they’d damaged my mind, body, and soul in ways that I will regret for the rest of my life. And I told her I wouldn’t wish what I’d been through on anyone, and particularly not on her. I pleaded with her to at least consult the resources I’d listed and explore all of her options before making a decision that would change her life forever.

Was I Too Late?

Within minutes, she replied. She said she hadn’t read my entire email, but promised to do so later. “However,” she continued:

I want you to know I’ve already obtained access to an abortion, with much difficulty, so I didn’t want you to continue using your time to seek resources for me. I do appreciate your empathy.

My heart sank, but I made a conscious decision not to abandon hope. After all, she only said she’d “obtained access,” not that she’d gone through with it. I made an urgent plea for prayers via my social network.

At this point, I was connected to someone who personally committed to paying all of the mom’s expenses over and above what the pregnancy centers could cover — including her rent, utilities, and medical expenses. “I am not limited in what I can give,” this saintly woman said in a very emotional telephone conversation. “Please give her my number and ask her to call me.”

So I made a last-ditch effort and sent another message. I notified the mother of this new offer and gave her the benefactor’s name and phone number. “As for me,” I concluded, “I will still be here, no matter what you decide. If you ever need to talk, you know how to reach me.”

I Am No Longer Pregnant

After that, I played the waiting game. I tried to distract myself with a sewing project, but still found myself jumping every time I heard the new email notification on my phone.

Finally, her reply came: “I am no longer pregnant.” The words were a kick in the gut. I felt dizzy. So I almost couldn’t read her closing words of thanks for my concern, time, and empathy as the tears began to flow.

I was beside myself. A child had been murdered. And a woman — a woman to whom I had come to feel deeply connected — was now broken in a way that could never be fixed this side of eternity. I didn’t know what to do. In fact, I wanted to tear my hair out.

I got in my car and started to drive. As I got on the freeway, I finally felt sufficiently alone to unleash the scream I’d been restraining deep within. “Why, God? Why, why, why …? ” I couldn’t stop wailing.

I still haven’t figured out the answer.

I’m trying to console myself with the knowledge that I proved pro-lifers to be deeply caring people to someone who had thought of us as cruel would-be dictators. That God transforms all evil into good. And with the hope that I planted a seed that may someday blossom into a conversion.

Yet a baby is still dead. A woman is still irreparably wounded. And my heart is still shattered.

But was it worth the fight? Absolutely.

Will I do it again? You’d better believe it.

Will I lose more battles? Indubitably.

And I will inevitably suffer additional heartbreaks that’ll hurt just as much as this one.

But here’s the crux: I know I am doing the right thing, because it honors the Author of Life.

And nothing else matters.

Bettina di Fiore is a San Francisco Bay Area-based writer, teacher, and liturgical seamstress. Her blog can be found at www.watchingthewhirlwind.net.