The Landslide America Will Be Glad to Have

An election prediction: Something has broken over the nation in the past couple weeks. And that's a good thing. 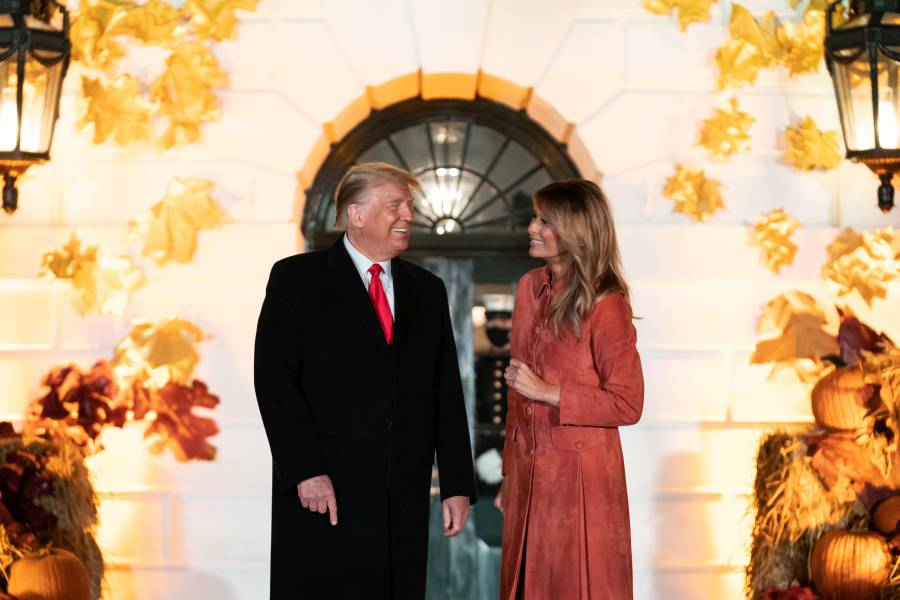 Seems only yesterday, there were widespread fears we were headed for election night and post-election chaos. That it’d be the 2000 post-election pandemonium times 50. That tension was at such a fever pitch, we could pretty much guarantee violence in the streets.

In a bitterly contested, confused election, the social media giants would suppress any information favoring Trump as “disinformation,” and boost any news that demonstrated a Biden win. America wouldn’t know who was elected for weeks, maybe months. Maybe the House of Representatives was going to have to settle the issue. Certainly, battles from many states would land on the Supreme Court’s doorstep.

It would take the military to get Trump out of the White House. “Civil war” was on many lips.

Either that, or Joe Biden was going to coast to victory. As promised, his Antifa-BLM army would behave (for a few months). Those who opposed the socialist/totalitarian plans laid out by the radicals and former Clinton Labor Secretary Robert Reich would just have to suck it up, and prepare for the re-education camps and religious persecution.

What do I know? I know that no matter what happens, God is in control. What do I sense? Things are going to be much better than we imagined. And by “we,” I mean all loyal Americans, Democrat or Republican.

With one week to go until Election Day, I now believe Donald Trump will be re-elected with such a resounding victory, there will be no serious disputing. Only the radicals and nutjobs will take to the street, and even those who have disdain for Trump will accept defeat.

And our attention will turn to having a warm holiday with those we love.

Oh, I could point to little signs. Like Trump building a lead in Florida. Or even The New York Times reporting that Trump is polling about 10 points better in Philadelphia than he did in 2016, which would all but guarantee him a win in Pennsylvania. Or his stunning rise among Blacks and Latinos.

I could point to more Trump supporters showing up at Biden rallies than Biden supporters, or wild Trump car rallies in places where having a GOP sticker on your car used to guarantee your car getting keyed. I could point to the enthusiasm gap, which is massive.

Or Kamala Harris blowing her big audition, voters understanding she is the real candidate in this election, and going, “No, thank you!” Or the common sense observation that few people will stand in line for hours just to vote against Trump.

America is a Chuck Berry riff, not Russian literature.

I could point to the fact that Donald Trump is actually out there working to earn votes while Biden is, well, barely trying.

Or that Biden thinks he’s running for Senate and running against George Bush … or George Lopez … or George Jetson. George someone.

I could point to that, but no, I am talking about a sense. A feeling in my bones that a spirit of division and rancor is being broken. That something’s changed in recent weeks. Almost overnight.

I started feeling it when Trump beat COVID, and was bounding out with renewed energy and hope, expressing thanks to “The Boss” … aka God … for help. He took to dancing at the end of his rallies. The spirit of death and defeat and worry from COVID seems to have weakened.

The spirit of rebellion, while still existing in the form of the media, social media giants, and Democratic leaders, seems to have dissipated. I mean, even after the death of RGB, and the nomination and confirmation of Amy Coney Barrett, doesn’t it seem the anger merchants are just going through the motions?

America is a Sunny Country

I sense America is tired of fighting. Tired of lockdowns. Tired of being enslaved to a virus. Really tired of manipulation. Tired of hypocrisy. Tired of re-fighting 2016 every day.

And tired of not being able to sing at church. We want to sing or watch a choir sing … or watch our kids get married with a large circle of friends and family on hand.

The call to hope is being heard. The positivity of things like Trump boat and car parades, is more infectious than COVID. Who doesn’t want to step out of the Biden circles and party?

It’s like, “The heck with your ‘Dark Winter,’ talk. Yeah, there may still be pain in the night, but joy comes in the morning.”

America is a sunrise nation. Not a sunset nation. We’re sunny country, not a solemn country. We know the “sun will come out tomorrow.” We “keep on the sunny side of life.” Things seem stormy? No problem. We’ve got “sunshine on a cloudy day.”

America is a Chuck Berry riff, not Russian literature.

Hope Built Into Our DNA

The American breed has hope built into our DNA. Nobody comes here without heart and hope and chutzbah to take on the unknown. Take on adversity. Those huddled masses yearning to breathe free may have been tired, they may have been poor. But they were rich with courage and optimism, and they’ve passed it down to us.

That is why I think in one week, America will choose to step up rather than hunker down. Choose to join the parade, rather than sit and sulk. Choose dancing to “YMCA” to bowing before COVID-19.

I believe Donald Trump will win with a broad coalition, including Blacks and Latinos in record numbers for a Republican. He will win the popular vote by millions. In the electoral college, he will win even where he’s not expected to.

And here’s the strangest part of my prediction. To their shock, some Democrats will feel less bad about it than they expected. They know Biden is not up for the job. That the corruption stories are likely true, and Kamala is a train wreck. They couldn’t bring themselves to vote for Trump. But there’s relief, after all the chaos of 2020, not to have to deal with the certain uncertainty of a Biden presidency.

Friends, I have a hope something new will rise.

I believe we are in for a surprise after the election. In fact, we may see something beautiful. A joyful, deeper Christmas season.

After 2020, the glitz and tinsel of Christmas will pale next to the profound feeling for home and hearth, faith and family. Do you care what you get Mom, or are you just grateful you get to be with her?

Starting with two days before the election, we will discover the United States had a phenomenal, historic 30% or more growth during the third quarter, marking an amazing rebound from the COVID shutdown. The return to prosperity, there for the taking. We took the hit, Jack … or should I say “Xi,” … and we’ve bounced back.

Within weeks of the election we will have a bipartisan COVID relief package. Its hold-up was purely political. Perhaps Pelosi will even be in the room with Trump when he signs it, not that I expect them to smooch under any White House mistletoe.

We will suddenly see the COVID scare stories diminish dramatically. The 24/7 hysteria was purely political. More schools and blue state businesses will open.

We will see more of the gracious side of President Trump. More of that guy in our featured image. He already seems to be smiling more.

If the Saudis and Israelis Can Come to Terms…

We will see more peace on earth! An official with Israel’s Mossad said the other day Saudi Arabia and Israel will make peace shortly after the election. A Saudi-Israeli peace agreement will be monumental achievement, a glorious day for the nations of the earth.

And an opportunity to help heal the divided nation.

Can you imagine a signing ceremony in Washington before Christmas? I encourage President Trump to invite former President Jimmy Carter as his special guest to take part, honoring him for his role in the historic Egypt-Israel Camp David Accords. Share the spotlight with him. Re-enact the historic photo of Carter with Anwar Sadat and Menachim Begin, hands clasped. I could see Trump, as a reconciliatory gesture, also inviting former President Bill Clinton, who brokered the Israel-Jordan peace agreement.

What’s more, I see more people over the holidays reaching out to friends they’d defriended on Facebook, or family members reuniting who’d broken relations over politics.

If the Saudis and Israelis can do it …

First the Demo, Then the Rebuild

It may sound strange to think of Donald Trump as someone who could bring people together, but consider this: His previous job involved him taking over rundown, beaten up properties. Tearing them down to their foundations and frame, then building up something new and beautiful and exquisite in its place.

Tearing buildings to their foundations and basics is messy, dirty, noisy business. That was Trump’s first term.

Building up something beautiful and harmonious, and full and new and bright? That’s Trump’s second term.

Is It a ‘Frivolous Effort to Disenfranchise Millions,’ or Do They Need a Remedial English Lesson?