The country is now caught in the internal maelstrom that is the mind of Donald Trump. 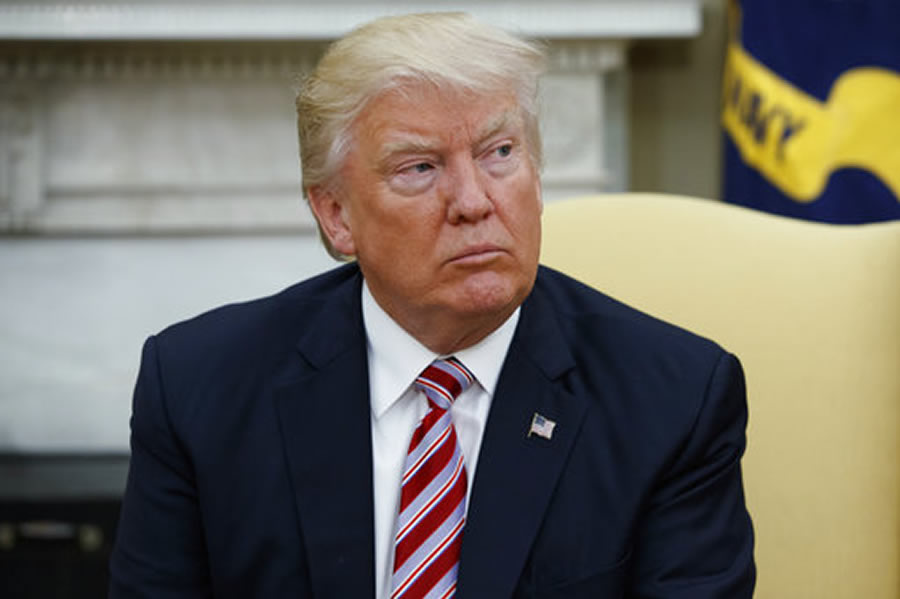 WASHINGTON — The pleasant surprise of the First 100 Days is over. The action was hectic, heated, often confused, but well within the bounds of normalcy. Policy (e.g., health care) was being hashed out, a Supreme Court nominee confirmed, foreign policy challenges (e.g. North Korea) addressed.

Donald Trump’s character — volatile, impulsive, often self-destructive — had not changed since the campaign. But it seemed as if the guardrails of our democracy — Congress, the courts, the states, the media, the Cabinet — were keeping things within bounds.

Then came the last 10 days. The country is now caught in the internal maelstrom that is the mind of Donald Trump. We are in the realm of the id. Chaos reigns. No guardrails can hold.

Normal activity disappears. North Korea’s launch of an alarming new missile and a problematic visit from the president of Turkey (locus of our most complicated and tortured allied relationship) barely evoke notice. Nothing can escape the black hole of a three-part presidential meltdown.

— First, the firing of James Comey. Trump, consumed by the perceived threat of the Russia probe to his legitimacy, executes a mindlessly impulsive dismissal of the FBI director. He then surrounds it with a bodyguard of lies — attributing the dismissal to a Justice Department recommendation — which his staff goes out and parrots. Only to be undermined and humiliated when the boss contradicts them within 48 hours.

The country is now caught in the internal maelstrom that is the mind of Donald Trump. We are in the realm of the id. Chaos reigns. No guardrails can hold.

Result? Layers of falsehoods giving the impression of an elaborate cover-up — in the absence of a crime. At least Nixon was trying to quash a third-rate burglary and associated felonies. Here we don’t even have a body, let alone a smoking gun. Trump insists there’s no there there, but acts as if the there is everywhere.

— Second, Trump’s divulging classified information to the Russians. A stupid, needless mistake. But despite the media hysteria, hardly an irreparable national security calamity.

The Israelis, whose asset might have been jeopardized, are no doubt upset, but the notion that this will cause a great rupture to their (and others’) intelligence relationship with the U.S. is nonsense. These kinds of things happen all the time. When the Obama administration spilled secrets of the anti-Iranian Stuxnet virus or blew the cover of a double agent in Yemen, there was none of the garment-rending that followed Trump’s disclosure.

Once again, however, the cover-up far exceeded the crime. Trump had three top officials come out and declare the disclosure story false. The next morning, Trump tweeted he was entirely within his rights to reveal what he revealed, thereby verifying the truth of the story. His national security adviser H.R. McMaster floundered his way through a news conference, trying to reconcile his initial denial with Trump’s subsequent contradiction. It was a sorry sight.

Trump’s behavior is deeply disturbing but hardly surprising. It’s been there all along. And the American electorate chose him nonetheless.

— Is it any wonder, therefore, that when the third crisis hit on Tuesday night — the Comey memo claiming that Trump tried to get him to call off the FBI investigation of Michael Flynn — Republicans hid under their beds rather than come out to defend the president? The White House hurriedly issued a statement denying the story. The statement was unsigned. You want your name on a statement that your boss could peremptorily contradict in a Twitter-second?

The 25th Amendment and a Coup

Republicans are beginning to panic. One sign is the notion now circulating that, perhaps to fend off ultimate impeachment, Trump be dumped by way of 25th Amendment.

That’s the post-Kennedy assassination measure that provides for removing an incapacitated president on the decision of the vice president and a majority of the Cabinet.

This is the worst idea since Leno at 10 p.m. It perverts the very intent of the amendment. It was meant for a stroke, not stupidity; for Alzheimer’s, not narcissism. Otherwise, what it authorizes is a coup — willful overthrow by the leader’s own closest associates.

I thought we had progressed beyond the Tudors and the Stuarts. Moreover, this would be seen by millions as an establishment usurpation to get rid of a disruptive outsider. It would be the most destabilizing event in American political history — the gratuitous overthrow of an essential constant in American politics, namely the fixedness of the presidential term (save for high crimes and misdemeanors).

Trump’s behavior is deeply disturbing but hardly surprising. His mercurial nature is not the product of a post-inaugural adder sting at Mar-a-Lago. It’s been there all along. And the American electorate chose him nonetheless.

What to do? Strengthen the guardrails. Redouble oversight of this errant president. Follow the facts, especially the Comey memos. And let the chips fall where they may.

But no tricks, constitutional or otherwise.