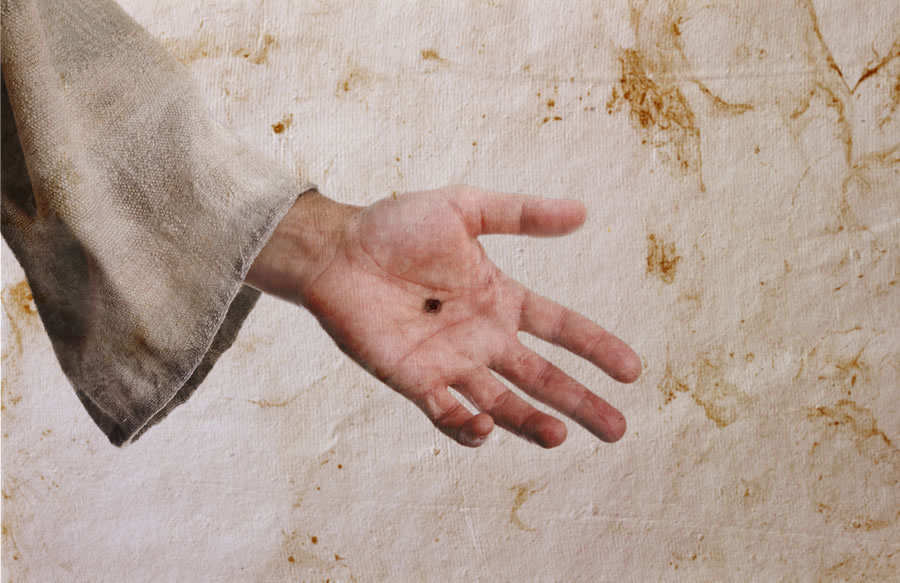 Sometime slightly less than 2,000 years ago on a Friday, a carpenter’s son stood silent before the fifth Roman governor of the Roman province of Judea, Pontius Pilate. The local leaders in Jerusalem had plotted to kill the man, named Jesus. The plot sped with unchecked momentum when gossip began spreading Jesus had raised another man named Lazarus from the dead.

Knowing he was innocent of any crimes, Pilate tried to let the man go. But the crowd would not be placated, and Pilate decided to let the crowd choose between freeing Jesus or an insurrectionary named Barabbas. The crowd chose Barabbas. The Roman historian Tacitus later recorded that “Christus, the founder of the name, had undergone the death penalty in the reign of Tiberius, by sentence of the procurator Pontius Pilate, and the pernicious superstition (of his divinity) was checked for a moment.”

The Romans nailed Jesus of Nazareth to a cross. The Protestant reformer Martin Luther said that there, on that cross, the greatest sinner that ever would live breathed his last and died. The sky went dark. The ground quaked. The curtain in the Jewish temple tore in half, with most believing it was the act of a vandal. The first person of the Trinity turned His back on the second person of the Trinity and even the sun refused to shine on Christ as the sins of mankind, past, present and future, were placed on Him to satisfy God’s wrath.

Something Unique Happened to Jesus

Had Jesus of Nazareth just died, the world would have moved on. Plenty of other men claimed to be God’s chosen messiah. We don’t remember any of them. We remember this one who laid down his life for others. Something unique happened to Jesus. But what?

More than two billion people on the planet believe this Jesus was the Christ. On the Sunday following his execution, we believe He rose again from the dead. Our faith in Christ is in vain if Christ did not rise. Some claim that they can believe in Christ and a metaphysical resurrection or that they can take him as a great philosopher. But the Apostle Paul notes all of Christianity is dependent on the belief in a physical, bodily resurrection, not a metaphor. Jesus himself said He was the I Am, the God of all creation.

Unfathomably, in times of serious persecution, faith in Christ has spread around the world. While seemingly in decline in the West, Christianity even outpaces Islam as the world’s fastest-growing religion. More and more Muslims are having unexplained dreams of Christ and converting. Underground in China, most experts believe there are now more Christians than there are total Americans. The Chinese leaders’ fear of this has led to persecution of Christians, thereby causing growth in Chinese Christianity. The passive indifference of Western secularists had left Christians to their own devices to divide and collapse. Now, the growing engaged hostility in the West to Christianity is sending it into revival. Like a plant, it blooms ever more through the pruning of persecution.

Willing to Die for Jesus

When Christ died, his own half-brothers (first cousins to some) would not come to his execution. On the cross, “(w)hen Jesus saw his mother and (the Apostle John) standing nearby, he said to his mother, ‘Woman, behold, your son!’ Then he said to the disciple, ‘Behold, your mother!’ And from that hour the disciple took her to his own home.” (John 19:26-27).

Despite ruthless persecution after the resurrection, Jesus’ brothers became leaders in the church. James, Jesus’ brother (not to be confused with the apostle), became the leader of the church in Jerusalem and is the author of a book of the Bible. Jesus’ other brother Jude also wrote a book of the Bible and stated something profound. He said it was Jesus, his brother whose divinity he rejected in Jesus’ life, who rescued His people out of Egypt. James and Jude and all of Christ’s earthly family would be exterminated by the Romans for doubling down on their belief that Jesus is God Himself.

My sisters love me. They would never be willing to die insisting I was God. Jesus’ siblings and their children all died professing him to be Lord — perhaps because He is. Happy Easter.