The Grace of Dana Loesch 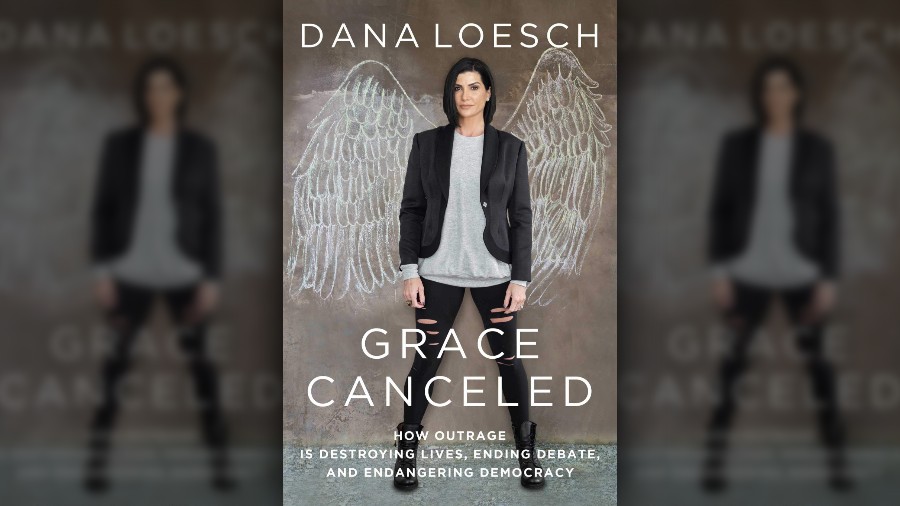 When we learned in 2019 that Republican Sean Spicer would appear on the TV show Dancing with the Stars, an instant controversy arose. Liberals felt appalled that a conservative would gain a foothold in Hollywood, and scrambled to eject Spicer.

Then Spicer’s fellow competitor Karamo Brown, star of Queer Eye for the Straight Guy, dissented. He decided to engage and befriend Spicer instead of calling for his head. “I’m a big believer that you can talk to someone and meet in the middle, you can learn about each other and help each other grow,” Brown said. “We have been chatting all day today — he’s a good guy, a really sweet guy.”

This story illustrates what we call “grace.” The touching Dancing moment appears in Grace Canceled: How Outrage is Destroying Lives, Ending Debate, and Endangering Democracy, the new book by Dana Loesch. She’s a well-known conservative journalist, Second Amendment activist, and radio host. And Loesch wants to bring grace back into America’s political culture.

Grace appears when a person sees another not as a monster with contemptible views, but as a divinely created, if still fallible, soul.

Grace appears when a person sees another not as a monster with contemptible views, but as a divinely created, if still fallible, soul. Someone perhaps right about one or two things, and worthy of dialogue and forgiveness. That’s what transpired between Sean Spicer and Karamo Brown. We find it in short supply the days.

Nuanced, insightful debate is dead, sound bites and outrage rule the news cycle, people are so poisonously partisan that finding common ground is viewed as capitulation and compromise is assumed to include a forfeiture of principle.

Yes, a lot of Grace Canceled reports on the anger of the left and defends conservative policies on poverty, racism, guns and abortion. But the best parts of the book involve Loesch’s own personal history, recounting the things that made her turn from confrontation to grace. Or, rather, attempts at grace, as she acknowledges what hard work it requires to try and act with grace and not retribution.

Loesch recalls that early in her career, when she worked in the Tea Party movement, she would descend from a stage and wade into a crowd to confront a single heckler. Loesch cut that out after bearing two sons. At one point, her boys got mentioned negatively at CNN town hall after the Parkland shooting. Loesch was surprised, then transformed, when one of her sons took the opportunity to begin participating in debates. He learned the issues, and expressed an interest in law school. He turned leftist rage into graceful, positive action. “Parenting is a sacrifice of ego,” Loesch observes, “and so is genuine discussion of varied ideas.”

Numerous passages from the Bible appear in Grace Canceled, as well as smart examples from popular culture. Loesch effectively uses theology in arguing for the importance of grace in the lives of imperfect people, observing that “Jesus meets us where we are.” She waxes passionate and eloquent in denouncing racism and calling for us to help our fellow neighbors rather than rely solely on the government. When we do so our lives are filled with grace, not just the lives of those we are helping.

However, the theological themes that run through Grace Canceled also provoke a different, more sobering take. Our current political impasse really is deep. In the fall of 2018 I became a target of the left during the Brett Kavanaugh confirmation fiasco. That experience reinforced something that I had already known for a long time. There are certain kinds of political extremism that are beyond grace, that reside in the realm of the demonic.

The priests in The Exorcist did not go into the bedroom of the possessed girl to have coffee. Nazism, racism, communism: these are all evils that cannot be redeemed. Nor can today’s far left in America. I don’t mean John F. Kennedy liberalism, which resisted totalitarianism even as it allowed for prudential social change.

I’m talking about the implacable, narcissistic extremism that seeks to destroy and corrupt rather than connect and redeem. It is a cancer that eats at America, and we cannot reason with it, nor extend it a hand. As Alfred so wisely told Bruce Wayne in The Dark Knight, “some men just want to watch the world burn.”