The Erasure of Women Goes On: Any Boy Can Be a Girl 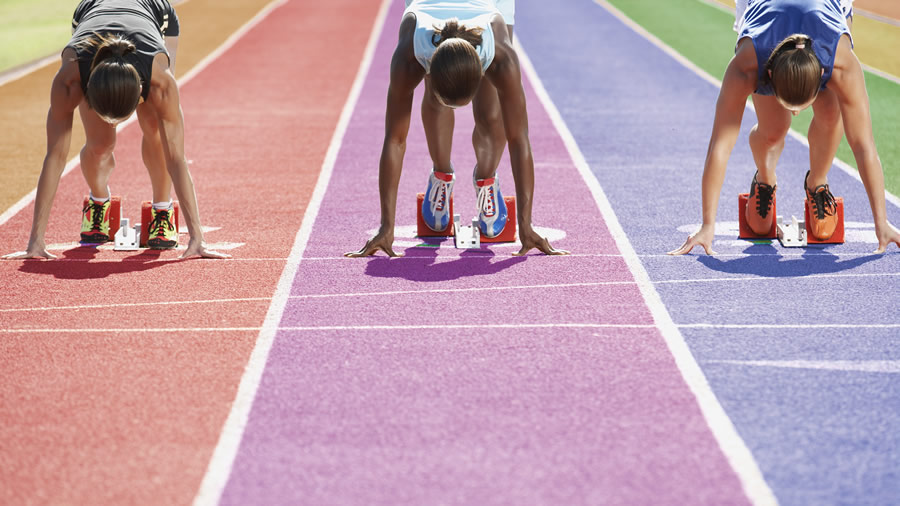 Surely, they never imagined that before they even graduated high school they would play a deciding role in whether girls must actually be, well, girls. Yet that is precisely the real issue at stake in their lawsuit against the Connecticut Interscholastic Athletic Conference over whether boys identifying as girls should be allowed to compete against girls.

The girls’ attorneys are now asking the judge, Robert Chatigny, to recuse himself after he insisted they cease referring to the male athletes as males, but only as “transgender females.” Here’s what the judge told them in a recent phone call:

What I’m saying is you must refer to them as “transgender females” rather than as “males.” Again, that’s the more accurate terminology, and I think that it fully protects your client’s legitimate interests. Referring to these individuals as “transgender females” is consistent with science, common practice and perhaps human decency. To refer to them as “males,” period, is not accurate, certainly not as accurate, and I think it’s needlessly provocative. I don’t think that you surrender any legitimate interest or position if you refer to them as transgender females. That is what the case is about. This isn’t a case involving males who have decided that they want to run in girls’ events. This is a case about girls who say that transgender girls should not be allowed to run in girls’ events. So going forward, we will not refer to the proposed intervenors as “males”; understood? (emphasis mine)

It is Twilight Zone-ish that we are expected to swallow this load of irrational, misogynist horse-hockey and be appreciative of the slop.

Here we have a man telling the attorneys representing three teenage girls that he will not allow them to be so provocative as to call two males “males.” A man has decided that it is perfectly fair to female students that male students should be considered girls and that amazingly, it is not even accurate to call them males (despite their anatomically male bodies containing sperm, the male reproductive gamete. You know, science.)

A man has admonished female students that human decency requires them to acknowledge male students as girls. This male judge has already concluded that the boys in question are indeed girls seeking to run in girls’ events.

This misogynist bully is using his position of power to shame these girls into accepting that they are uncivil, unkind, even hateful for saying boys ought not be allowed to compete in girls’ events. The girls are at fault. They are the instigators of intolerance and bigotry.

Just shut up and quit being so mean and indecent, ladies. The boys are just as much girls as you are, like it or not.

This judge seems intent on establishing the precedent that will effectively erase women from the law. He recognizes no objective definition of girl or woman, only the new invention of “gender identity” that entitles any boy or man to claim all the rights and privileges of girls and women based on whatever idiotic litany of feelings and preferences they might have.

Who Will Decide Who is a Girl?

If these girls are denied the right even to call male students male, then what is female? What is a girl?

Abigail Shrier, in her column in Newsweek, “Who Has the Right to Be Called a Girl?” boils it down well:

If the plaintiffs concede this, they will have surrendered significant ground. They’ll have made the unwarranted admission that there are at least some girls who possess male biology. Once you grant that, the question becomes: Which rights and privileges belonging to girls with female biology are up for grabs by girls with male biology? In the mind of the judge, the answer could be all of them.

We Need to Stop Invoking Courtesy

In an otherwise spot-on article, I will disagree with Shrier on one crucial point. She writes, “In daily life, many of us would consider it courteous to refer to transgender friends, colleagues and neighbors by the name and pronouns they choose.”

No. I will not use “preferred pronouns” when addressing someone who is “transgender.” Not out of spite or malice, but because I will not be compelled to lie. Kindness does not mean I must participate in their fiction.

Males are “he” and females are “she” and that’s the end of it.

I refuse to concede that compassion and courtesy now require me to lie. I will never agree that charity now thrives in falsehood, indeed, only in falsehood. That is what gives this wicked game away.

Evil demands to be called good. Lies demand to be called truth. Coercion insists it is kindness. If you don’t go along, you are a hateful bigot.

No. It is hateful to deny the objective truth that girls and women are female and let any man who desires it claim womanhood as his right. I will not go along.

Dramatic sports stories always end up being about something much more important than the medal or scholarship, and this one most of all. If these girls lose, every female in America loses.