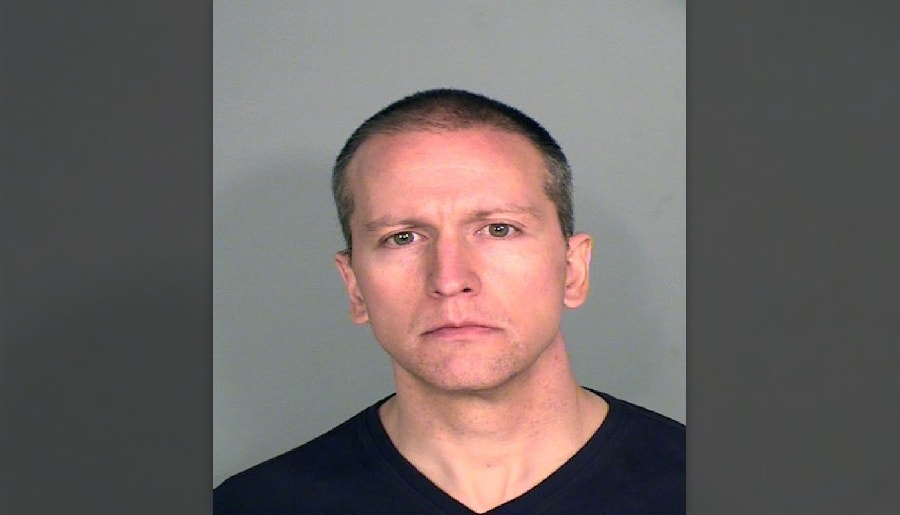 I won’t mourn the verdict the jury passed down on Derek Chauvin. Not because I feel completely certain that the trial accomplished justice. I don’t. I firmly believe he used excessive force in arresting George Floyd, and deserved both to lose his job and face some jail time. But I think the local prosecutor overcharged him (2nd degree murder?) to appease or stoke angry mobs, and that the jury felt vast political and personal pressure to vote guilty on those charges. It’s sheer luck that Chauvin wasn’t accused of invading Poland in 1939, then duly convicted.

When congressmen like Maxine Waters echo the threats of terrorist organizations like Antifa and profiteering Marxist street thugs like Black Lives Matter, a fair trial is hard to conduct. Remember the trials of black men in the Jim Crow South, in the face of threatened mob action by the Klan. Hardly impartial.

Will the Mob Come to My Neighborhood?

I’m troubled by my own reaction, when I heard the news of the verdict. I was vastly … relieved. Despite my doubts about the Second Degree Murder charge. I was in the moment glad that a U.S. citizen had been punished beyond his deserts. And why? Because it relieved my fear that we might face riots across the country, even in Dallas. I could stop thinking about the damage mobs might do to gorgeous historic buildings, local churches, and small businesses — as they did even here in Dallas in 2020. The thought fled from my head: “If they attack my neighborhood, will I have the self-sacrificing courage to do what Kyle Rittenhouse did? With my Soros-picked district attorney, will I get railroaded as he was? Or will I just hide under my bed like a cringing slave?”

These are the kind of thoughts people aren’t supposed to have in orderly countries. They’re Lebanese thoughts, Syrian thoughts, 1990s Croatian thoughts, and 1970s Northern Irish thoughts. Each of us should be outraged that we have to think them here, in the most powerful nation on earth that’s allegedly united.

The Democrat Thugs and Our Courts

Any jury in America should feel absolutely free to follow the evidence wherever it may lead. Do we believe that the Chauvin jury was? Do we really? I’m not going to lose much sleep over the extra jail time an apparently brutal cop might face. But we should all lose sleep over the loss of independence of the judicial branch of government.

The Democrats now scheme to pack the U.S. Supreme Court on the slimmest of pretexts: Because they can. Whatever Joe Biden’s commission comes up with by way of fig leaf, we’ll all know that now we’re ruled by the raw assertion of power. One political party is ready to hijack the Constitution and tear up the Bill of Rights, only because it won a narrow majority in Congress. It already winks at street violence which thugs who support it commit against their opponents. That was the lesson of 2020: We have the brownshirts, you don’t, so go back in your house and shut your face. Don’t even try venting online or we will have you canceled, maybe even fired.

That’s not how mainstream, patriotic parties operate. It’s how the Spanish Republic treated peaceful conservative, Christian parties. Then it turned its mobs loose to terrorize everyone on the right and in the center, openly persecuting the churches. That Republic reaped the reward it deserved: a military uprising, then a protracted civil war, in which it was utterly crushed. I hope and pray that Americans would reject such a government, as Spain did by 1939. But nobody wants to pay the price Spaniards had to. It’s nightmarish to contemplate.

If the Democrats do manage to pack the court, count on establishment “conservatives” to treat this catastrophic defeat of our freedom, which renders our very government illegitimate as … a chance to crow about how “high-minded” they are. Of course, should we win again, they’ll pronounce that it’s beneath us to try and repack the court in our favor. That’s not how “our kind of people” act. No, it’s how winners do.

One factor that should worry us: The radically different treatment the left doles out to its unruly members, compared to our behavior on the right. When rioters claiming to speak for poor George Floyd burned courthouses, looted cities, and terrorized working class neighborhoods, the left stood behind them, ready with bail money. When less than .00001 percent of demonstrators outraged by election fraud on January 6 trespassed in the U.S. Capitol unarmed? Leaders on the right fought over the chance to throw them under the bus. Nobody rioted or even marched to mark the death of US veteran Ashli Babbitt. Her life didn’t matter.

We on the right felt better about ourselves by pretending that the disparity was the result of our higher principles. We’re just more high-minded and public-spirited than the left. So we muttered to ourselves, as we passed buildings still boarded up from the left’s successful, unpunished riots. Yeah, that’s the reason … . Nothing to do with being self-serving, butt-covering cowards.

When has the left seen fit to denounce one of its members as too radical and unhinged? I can’t think of an instance since Bill Clinton’s words of rebuke to rapper Sista Soulja back in the 90s. Meanwhile, anyone on the right who veers outside the narrow band of “respectable” opinion and law-abiding behavior? He gets knifed in the back by his own people, eager to prove … something or other to those on the left. “Hey fellas, I for one am a steer, not a bull. Just remember that, m’kay!”

Remember how many conservatives pounced on Nick Sandmann within minutes of butchered, libelous footage showing up on propaganda network CNN? None of those “leaders” got punished by our movement, for shooting our wounded. They still run magazines and foundations that allegedly form “the right.” And the left sits back and chuckles.

Why? Because the difference between how they treat their embattled members, those who went “too far,” has absolutely nothing to do with the right having higher standards, or firmer principles. It has to do with strength and weakness.

Feeding Your Allies to the Crocodile

The left has figured out that brazening things out and defending its own extremists is what the stronger party does, and that doing so makes it stronger. But we haven’t figured out what kicking the likes of Steve King and Marjorie Taylor Greene to the curb amounts to. It’s the behavior of a movement already resigned to losing. Its members stare over the side of the boat at the circling crocodiles. Each wonders whom to next toss over the side, in the hope that he’ll be eaten last.

When Kyle Rittenhouse faces trial, the mobs will gather again, all on one side, because only that side is willing to fight in the streets. Or even march without a permit. If he is convicted of anything whatsoever, it will be a gross miscarriage of justice. The crocodiles will swallow, belch, and look for their next victims. And the cowards who claim to lead us will applaud, and wipe their brows. “Better him than me.”