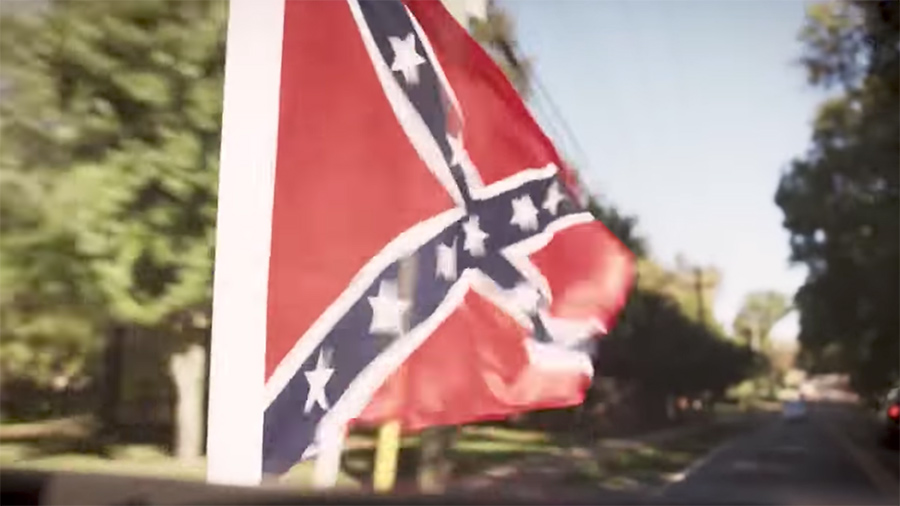 It’s tempting to wave off the extremist plans and open violence of today’s Democratic Party. To pretend that Antifa and Black Lives Matter aren’t its street-fighting wings, as the IRA is Sinn Fein’s.

Of course, you’d have to ignore the fact that Democrat senators won’t denounce Antifa crimes, and Democrat mayors won’t prosecute them. And that Black Lives Matter funnels donations to the DNC. But those facts are so ugly we’re motivated to ignore them. To pretend that the Democrats are still a mainstream, patriotic party. It helps us sleep at night. This is America. We’re immune.

But are we? Take a look at this video of midtown Manhattan. I bet in February 2020, you wouldn’t have thought this was possible in six short months. Imagine what your city might look like six months after a Biden inauguration.

Antifa Thugs Will Replace the Police

Remember the old Democratic line, that only the cops should have guns, so the State should take away ours? That was bad enough, but we’re way past that now. Now Democrats hobnob with street thugs who chant that cops are “pigs,” and want to dissolve or defund local police. Who will replace them, and exercise a monopoly of violence over disarmed, helpless citizens?

The fine young men in masks and body armor, talking via costly, Secret Service-style earpieces and curb-stomping their enemies on the streets of Seattle and Portland. These thugs answer to no one. They don’t wear body cams. They don’t care about your “rights,” which they’ll wave off as “white privilege” while knocking down your front door.

A Grab for a One-Party State

If someone had told me eight years ago that Barack Obama’s party would favor turning our cities over to revolutionary cadres of hooded thugs, I’d have told him to take off his tinfoil hat. But here we are.

The Democrats are openly grabbing for something like absolute power. They speak of abolishing the Senate filibuster. Of packing the U.S. Supreme Court with six more justices. Of admitting two or three new states, to gain more Senators. And abolishing the Electoral College. Amnestying millions of new Democratic voters, and opening our borders to all comers. They’ve figured out that if you Mau-Mau Americans with the fake charge of racism, you can get away with … anything. And they plan to try.

They can’t be serious, right? The elites controlling that party, and the Woke corporations and media operations backing it, have too much to lose. I mean, don’t they? The “haves” in a society aren’t those we expect to take crackpot risks, to unleash wild forces that could spill their own apple cart.

When Elites Risk Everything

But as a student of history, let me correct that. Elites sometimes do take crazy, desperate risks. That happens at very specific times and under a narrow set of circumstances. But happen it has. At several key points in history, the “haves” in a society put all their chips on a single roulette number. Those with the most to lose acted like desperate, addicted gamblers.

When a group of people whose power has been increasing steadily hits a sudden obstacle, that can enrage them. Frustrate their smooth progress to ever greater domination? They feel as if you’ve wronged them, swindled them, cheated them. If the resistance they encounter is powerful and persistent, then they feel threatened. Strong, rich and cocky as they habitually are, they’ve made part of their identity the illusion that they’re infallible and unbeatable. They’re the “winners” of History. Running through their heads is their factional anthem, “We Are the Champions.” Especially these lines:

I consider it a challenge before the whole human race

And I ain’t gonna lose.

If You Beat Them, You Cheated, and Must Be Destroyed

What would someone who lives by such words do when you beat him, as we beat the left in the 2016 election? He would do … pretty much anything to restore a sense of normalcy. He’d lie, cheat, and steal to take a world turned upside down and set it right again. He’d pervert the FBI to gin up fake treason charges against the president. Then he’d double down for years, drumming that Big Lie through every medium he controlled. He’d ruin the lives of anyone who got in his way, like Mike Flynn or Carter Page.

By Any Means Necessary

Why do all these things? Because he’d invested his whole identity in one premise: He’s a winner, and he goes on winning, goes on shoving aside and bulldozing the “losers,” who cling to their guns and religion as their country shuts them out. He feels entitled to win, and any other outcome means that he was cheated, so he must reverse it. By Any Means Necessary.

Elites have acted this way before. In 1860, the Democratic party was dominated by slaveowners. White plantation owners were the richest citizens in the world. There was no realistic prospect of abolishing slavery. Only a small faction in the newly formed Republican party even favored doing that wholesale. There was no good reason for those elite Democrats to secede from the Union, and they knew that in trying they were risking absolutely everything.

But that arrogant class had hit their own Waterloo, every bit as shocking as the 2016 upset. When Abraham Lincoln narrowly won the White House, the Southern elite wasn’t just disappointed. It was outraged. For forty years, the slaveholding interest had had its way, thrown its weight around. The evil institution its vast wealth rested on, meant by our Founders to gradually disappear, had grown and metastasized. Now the election of Lincoln might put a hold on that. It might prevent the slave party’s power from continuing to grow. It might, in the very long run, mean that slavery became more … inconvenient. Even shameful.

So the slave interest threw a tantrum. It goaded its supporters into a frenzy. It duped common people into demanding we break up this nation. It provoked the federal government into actions that outraged public opinion. And in doing so it brought on an apocalyptic conflict that destroyed everything it held dear, killing one in four Southern young men of military age. Leaving their precious plantations, and indeed entire cities like Atlanta, in smoldering ruins.

The politicized panic over COVID has already ruined my beloved hometown, New York. It might never recover. The weaponized riots over George Floyd have wrecked Minneapolis, Seattle, Portland, and other cities. How much worse will things get if the same Democrats presiding over such chaos get control of the federal government?

Pray that we don’t find out.