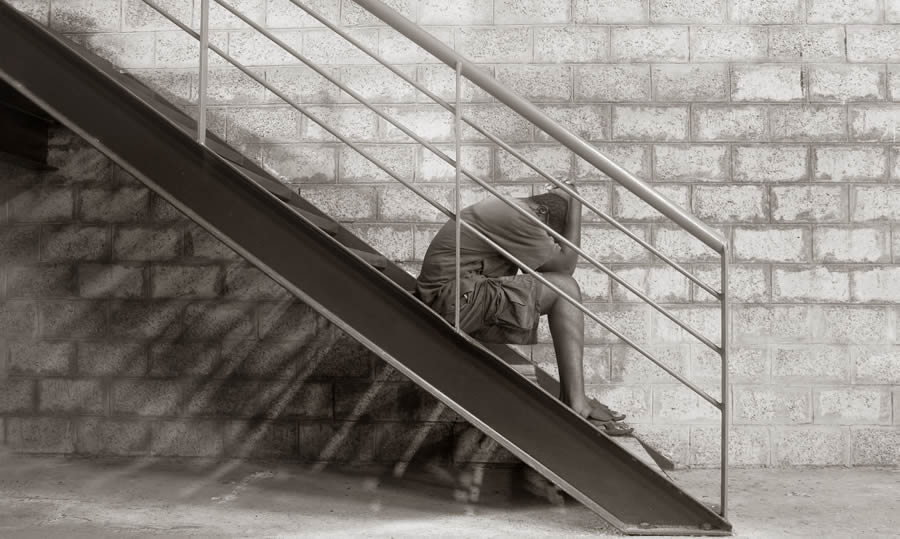 If you take black and white left-wing rhetoric seriously, blacks are not human beings like members of other races. They are first and foremost black; they are human beings defined before anything else by their color — not their humanity, their personality, their character, their mind or their heart. So much so that, according to white and black leftists, if you dissent from this racist view, you are now labelled racist.

The idiocy and inhumanity (literally) of this, the “progressive” view of black people, is easily demonstrated. Do any blacks see themselves first as black? When a black man, let’s call him James, looks into the mirror, does he first see a black person, or does he see James? When a white woman, let’s call her Karen (I’m playing with the left here), looks into the mirror, does she first see a white person, or does she see Karen? Does any human being first see his or her color?

Of course not. Yet, we are supposed to believe that the most important thing about a black individual is that he or she is black. And if we do not honor that fact — if we aim to be “colorblind” — then we are labelled racist.

This dehumanizing nonsense goes for racial truth these days. Thus, for example, we who are not black are supposed to acknowledge that we cannot possibly see the world the way a black person sees the world; we cannot possibly understand what it is like to be black. This is part of the dogma the left imposes on society through the media, through cancel culture (say that you are colorblind and you might lose your job and your reputation), and through racial sensitivity training seminars at colleges and in the workplace.

Aside from its inherent racism, the progressive view of blacks is pablum. No one can see the world through another’s eyes. No one can fully understand what it is like to be any other human being. Do all whites understand how other whites see the world? One of the ongoing jokes in the public dialogues I have with Adam Carolla around the country is how much we think alike despite the fact that our backgrounds could hardly be more different.

Other than being white and male, we have essentially nothing in common. He is an atheist; I am a religious believer. He is Italian; I’m a Jew. He grew up poor and on food stamps in Los Angeles; I grew up in a solid middle-class home in Brooklyn. He had little formal education and never went to college; I grew up in a house of intellectuals and went to an Ivy League graduate school. Even though I cannot “relate” to his experience or he to mine, we are nevertheless very close because, in addition to that intangible thing that creates friendships, we have the same values.

On the other hand, I am a Jew, and George Soros is a Jew. Other than the same ethnic ancestry, we have absolutely nothing in common. I have far more in common with the black conservative intellectual Larry Elder. The notion that race or ethnicity bonds people is both stupid and racist.

“One of America’s favorite advice books of the moment is actually a racist tract.”

“The book diminishes Black people in the name of dignifying us.”

(I suspect it was The Atlantic’s choice to capitalize “black”; the syndicators of my own column once changed “black” to “Black” because they follow the Associated Press’ rules for English.)

“White Fragility is the prayer book for what can only be described as a cult.”

“A corollary question is why Black people need to be treated the way DiAngelo assumes we do. The very assumption is deeply condescending to all proud Black people.”

“Few books about race have more openly infantilized Black people than this supposedly authoritative tome. Or simply dehumanized us.”

“Her answer to white fragility, in other words, entails an elaborate and pitilessly dehumanizing condescension toward Black people. The sad truth is that anyone falling under the sway of this blinkered, self-satisfied, punitive stunt of a primer has been taught, by a well-intentioned but tragically misguided pastor, how to be racist in a whole new way.”

McWhorter understands that to see blacks the way the white and black left want people to see them is to dehumanize blacks. If blacks are black before they are human — if no nonblacks can relate to blacks, disagree with blacks or want to see past color to the person’s heart — black-nonblack relations will have been set back a half-century.

Incredibly, beginning this coming year, thanks to progressive teachers, there will be mandatory reading of racist tracts like White Fragility to dehumanize blacks. That any black would see this as progress is worthy of tears.

Dennis Prager is a nationally syndicated radio talk-show host and columnist. His latest book, published by Regnery in May 2019, is The Rational Bible, a commentary on the book of Genesis. His film, “No Safe Spaces,” came to theaters in the fall of 2019. He is the founder of Prager University and may be contacted at dennisprager.com.