The Church’s Role in ‘Fixing’ Capitalism 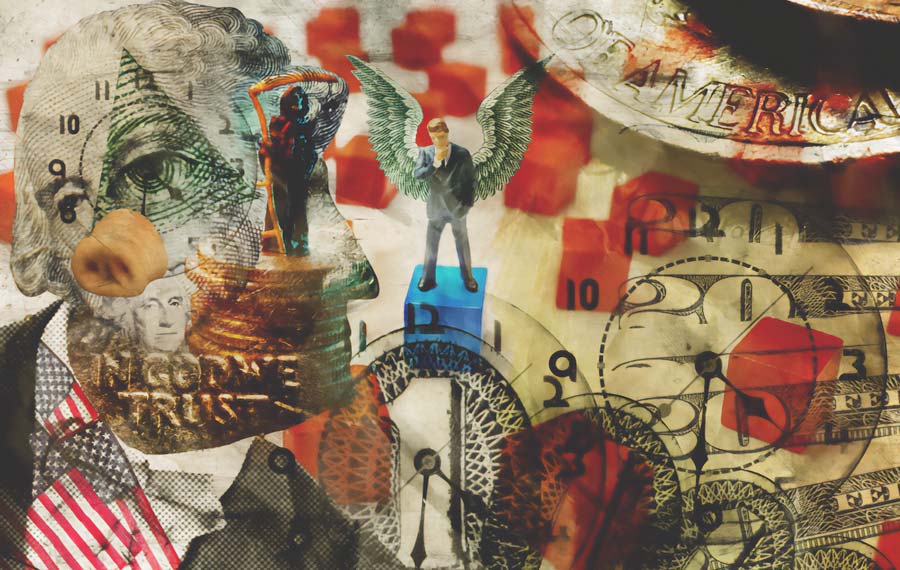 Spend a few minutes on social media or watching certain news channels these days, and it won’t be long before you hear a variation of the accusation that “capitalism is broken” or “so many of our problems are caused by capitalism.” Is that true? And, more importantly, how should we as Christians think about our role in helping solve some of the issues that are at the root of the problems that raise these complaints?

Some would say that taxing the wealthy more would solve the problem. “The rich should pay their fair share!” is the mantra we constantly hear from our politicians. But do they mean it? If you look closely at their actions, the answer is no.

Who set up these loopholes? The same politicians who are telling us they will make the rich pay their fair share. A bit ironic, perhaps, given that another proposed solution for “fixing” capitalism is more intervention from the government.

Entrepreneurship is the principal basis of wealth creation. One way to retain your wealth is to continue to compete and innovate. Another solution is to create restrictions that restrain new entrepreneurs, who could potentially compete against you. Unfortunately, since the end of the 19th century, the super-rich have taken the second option and steadily worked for the expansion of the federal government because the more extensive the federal government, the more they can control the economy.

What is wrong with capitalism? While the list may be long, two things near the top are the size of the federal government and the lack of moral and ethical influence from the church.

Historically, the super-rich use two strategies to influence lawmakers. The first is to help finance politicians’ elections, which in turn gives them access. The second is through a system of lobbyists in Washington, D.C., who pursue the adoption of specific laws that provide their clients a significant advantage in their field. It is estimated that these lobbyists spend billions of dollars each year lobbying Congress and federal agencies.

By restraining free-market competition, this system of crony capitalism diminishes the threat to the moneyed establishment and gives a strategic advantage to existing large corporations. These existing firms use expensive, high-powered legal talent to take advantage of the system by locking out competitors by using federal regulations that they helped write. When you have the dominant position in the market, you can afford lots of regulations.

The larger the federal government grows, the more it advantages the super-rich. And grow it has; every recent administration has seen an increase in the size of government. But an article in the National Review suggests five problems associated with big government:

So if government isn’t the solution to our problems, what is? One of the critical insights of economics regarding the effectiveness of free markets is the existence of institutions that dampen the harmful effects of negative self-interested behavior. There are two major institutions that have historically dampened these harmful effects: the government and the church.

We have already seen the damage caused by bigger government. When the Bible speaks about government, it is “focused more on punishing evil and praising good behavior and less on providing goods and services.” It also suggests the role of the government should be limited.

But changes to the church’s influence in American life have also caused much damage for free markets. As Ken Barnes writes in his book, Redeeming Capitalism:

…Capitalism, once rooted in a particular religious ethic, long since lost to the moral relativism of the modern era, need not be replaced, but needs instead to be redeemed.

When believers serve as salt and light in the workplace, they provide the “particular religious ethic” to which Barnes speaks. But over the last century, the church has neglected this critical mission. As a result, we have a culture and a market system that in some ways mirrors what happened in ancient Israel: “In those days Israel had no king; everyone did as they saw fit.” (Judg. 21:25)

We have forgotten Moses’ admonition to the second-generation Israelites on the plains of Moab in the book of Deuteronomy:

You may say to yourself, “My power and the strength of my hands have produced this wealth for me.” But remember the Lord your God, for it is he who gives you the ability to produce wealth. (Deut. 8:17-18)

On Sunday, the church needs to be training its members to live out the gospel and be salt and light in their work, families, and communities during the rest of the week (Eph. 4:11-13).

What is wrong with capitalism? While the list may be long, two things near the top are the size of the federal government and the lack of moral and ethical influence from the church.

As the late Catholic writer Michael Novak wrote over 30 years ago in his classic book, The Spirit of Democratic Capitalism:

Democratic capitalism is neither the Kingdom of God nor without sin. Yet all other known systems of political economy are worse. Such hope as we have for alleviating poverty and for removing oppressive tyranny — perhaps our last, best hope — lies in this much despised system.

If this is true — which I believe it is — we have a lot of work to do.

Hugh Whelchel is Executive Director of the Institute for Faith, Work & Economics and author of How Then Should We Work? Rediscovering the Biblical Doctrine of Work. Hugh has a Master of Arts in Religion and brings over 30 years of diverse business experience to his leadership at IFWE. Article originally published at the Institute for Faith, Work and Economics. Reprinted with permission.