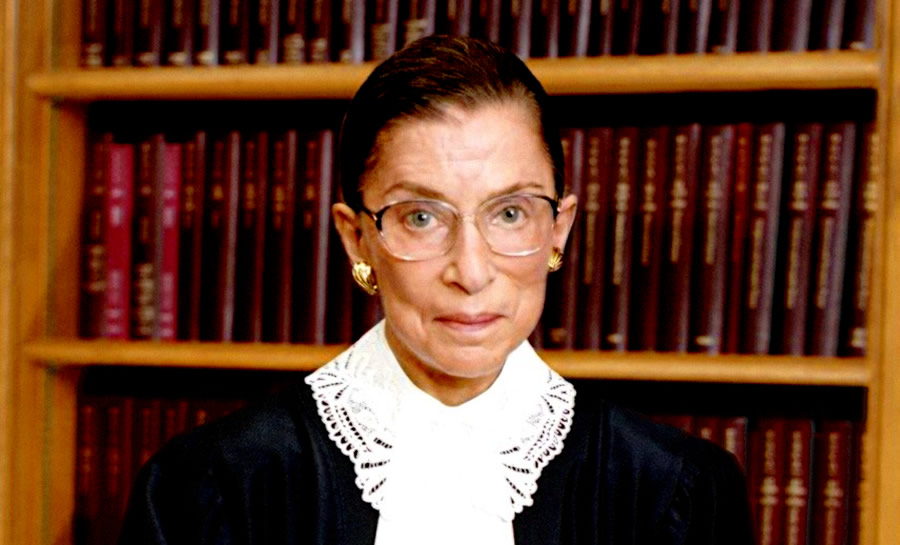 Would you be put off if Donald Trump’s key reason for opposing mass immigration came straight from the writings of Adolf Hitler? I don’t mean one of those opinions Hitler held which many others had held before, such as his hatred of Communism or even modern art. That could be a coincidence.

No, imagine instead if Trump held an opinion which Hitler was the first person to write about, and if Trump had picked it up from reading explicitly pro-Nazi thinkers. Such as Hitler’s idiosyncratic, crackpot idea that Jews are an alien species, that parasitically feeds on and poisons the rest of humanity.

Now imagine that the whole GOP had whole-heartedly embraced this Hitlerian legacy, to the point that Republican appointees to the U.S. Supreme Court repeated it in their statements about the law.

Of course, it isn’t true — of Trump or the Republicans.

But the Democratic Party, and the left as a whole, has adopted an equally evil and murderous idea from a thinker just as malicious and destructive. And that idea gets repeated constantly, from street theater protest chants to the writings of the late Ruth Bader Ginsburg. In fact, it’s a mainstream belief of the entire feminist movement.

The first thinker since ancient Rome to argue for accepting abortion was the Marquis de Sade. That degenerate aristocrat used his inherited wealth and power to fund a lifestyle that included kidnapping and torturing poor women, whom he found on the streets of Paris fighting off starvation by working as prostitutes.

Rape: The “Law of Nature”

Sade made no excuses for his behavior, but instead wrote long, depraved manifestos justifying himself. He claimed that there was no good or evil in nature, only pleasure and pain. So the strong ought to seek such pleasure wherever they found it, including in child rape, torture, incest, blasphemy, kidnapping, murder, etc. Sade asserted that such behavior was the “law of Nature,” because some animals engage in each under certain circumstances.

As part of this worldview, Sade advanced a unique opinion: That men were perfectly justified in using women sexually, and refusing to support children they’d fathered. But it was only fair, he said, that women enjoy the same “natural” privilege. The only way for them to do that was to license free abortion. Sade wrote a philosophical dialogue asserting this, which is only slightly less sickening to read than most of his pornographic oeuvre.

Here are some relevant passages, from Philosophy in the Bedroom. (The work comes in the form of an imaginary dialogue.) Notice how eerily familiar the ideas here are:

Propagation is no wise the objective of Nature; she merely tolerates it; from her viewpoint, the less we propagate, the better; and when we avoid it altogether, that’s best of all.

So there’s population control for you. But wait, there’s plenty more:

Eugenie, be the implacable enemy of this wearisome child-getting, and even in marriage incessantly deflect that perfidious liquor [sperm] whose vegetation serves only to spoil our figures, which deadens our voluptuous sensations, withers us, ages and makes us fade and disturbs our health… .

Tell [your husband] you detest children, point out the advantages of having none. Keep a close watch over yourself in this article, my dear, for, I declare to you, I hold generation in such horror I should cease to be your friend the instant you were to become pregnant.

Now comes abortion as a method of birth control:

If, however, the misfortune does occur, without yourself having been at fault, notify me within the first seven or eight weeks, and have it very neatly remedied. Dread not infanticide; the crime is imaginary; we are always mistress of what we carry in our womb, and we do no more harm in destroying this kind of matter than in evacuating another, by medicines, when we feel the need.

The imbeciles who believed in God, persuaded that … immediately an embryo begins to mature, a little soul, emanation of God, comes straightway to animate it; these fools, I say, assuredly had to regard as a capital crime this small creature’s undoing, because, according to them, it no longer belonged to men. ‘Twas God’s work; ’twas God’s own; dispatch it without crime? No.

But Sade rejects God completely, and claims for man the rights due a petty, cannibalistic god:

As we have broadened the horizon of our rights, we have recognized that we are perfectly free to take back what we only gave up reluctantly, or by accident, and that it is impossible to demand of any individual whomsoever that he become a father or a mother against his will; that this creature whether more or less on earth is not of very much consequence, and that we become, in a word, as certainly the masters of this morsel of flesh, however it be animated, as we are of the nail we pare from our fingers, or the excrements we eliminate through our bowels, because the one and the other are our own, and because we are absolute proprietors of what emanates from us.

But pioneering feminist, and long-time mistress to philosopher Jean-Paul Sartre, Simone de Beauvoir, had no trouble reading Sade. She admired him as a major thinker, and wrote an entire book defending him, entitled Must We Burn Sade? That was a coy, cute title which pretended to counter censorship. But in fact, her thought on human sexuality was deeply influenced by Sade’s. So was Sartre’s. While most of his Being and Nothingness is a cheap paraphrase of Heidegger, the section on love and sex is a cheap paraphrase of Sade.

De Beauvoir said outright in the bible of “Second-Wave” feminism, The Second Sex, and elsewhere that women deserved the right to abortion so that they could be as irresponsible (“free”) as men.

And that, in a cleaned-up form, is what Ruth Bader Ginsburg said for decades on abortion: that it is key to “equality” between women and men. Here’s the ACLU, compiling her quotes to that effect.

The feminist notion of reproductive equality comes straight from a wealthy psychopath who was addicted to torturing women. Be sure to mention that when people try to peddle this mainstreamed poison.