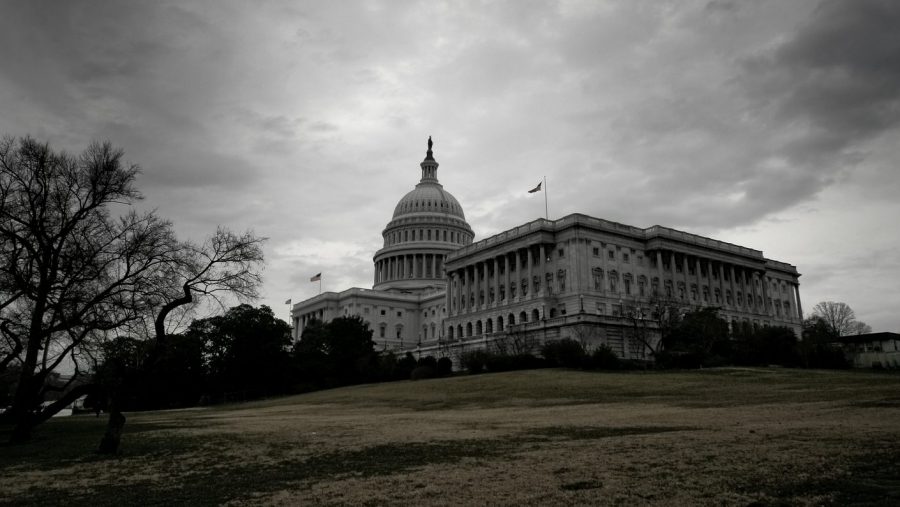 Call it “Mr. Smith Goes to Washington … and Lands in Sodom and Gomorrah.”

Baby-faced freshman Rep. Madison Cawthorn claims he was shocked by the seediness of The Swamp.

He didn’t name names. Cawthorn did note the hypocrisy when it came to drug use. “Some of the people that are leading on the movement to try and remove addiction in our country and then you watch them do, you know, a key bump of cocaine right in front of you and it’s like, wow, this is wild.”

In December, Cawthorn and his wife of eight months Cristina announced they were divorcing. They cited the “hectic and difficult” change, the “enormity of the transition,” with life in Congress being “neither the pace nor the lifestyle we planned for.” Read their statement again, in light of his new relations.

Cawthorn was the youngest member of Congress when elected, only 25. And he is saying the “lifestyle” of Capitol Hill cost him his marriage. What did Denzel tell Will Smith? “At your highest moment, be careful, because that’s when the devil comes for you.” Sometimes wearing a nice suit and congressional pin.

GOP Reps Not Happy With Cawthorn

At a closed door meeting Tuesday of the GOP caucus, lawmakers expressed “anger and frustration over Cawthorn’s portraying his own colleagues as bacchanalian and sexual deviants,” Politico is reporting.

Several complained they’re now getting flooded with calls. Rep. Steve Womack of Arkansas remarked that many lawmakers go to bed at 9 p.m. and still use fax machines and flip phones, stating that it was inappropriate to paint them with a broad brush, as Cawthorn did.

House Minority Leader Kevin McCarthy plans to sit down with Cawthorn to discuss the comments.

When Joe Biden tried defending his globe-quaking, saber-rattling remark, “For God’s Sake, this man (Putin) cannot remain in power,” he had some help.

Namely, a large font cue card with two bullet points on the issue:

Bullet points you wouldn’t need if all or even most of your cylinders were firing.

Like many, Sen. Rand Paul — that is, medical doctor Rand Paul — was disturbed by both Biden’s need for the simplistic cue cards and spontaneous call for Putin’s ouster.

“A lot of times when you’re around somebody who’s in cognitive decline, you find yourself trying to help them with a sentence, trying to help them complete it — but we shouldn’t have to do that for the commander-in-chief,” he told Fox News. “And, it is actually a national security risk because he’s sending signals that no one in their right mind would want to send to Russia at this point.”

While a CNN analyst called Biden’s blurt “a gift to Russian propagandists,” Tulsi Gabbard argues that Biden was simply letting the cat out of the bag. “The truth just accidentally slipped out,” she says. “The strategy and tactics are the same as our previous regime change wars: inflicting severe hardship and suffering on the population in order to incite revolt/chaos.”

What Was Hunter Doing With Active DoD Encryption Keys on His Laptop? And Getting $100K from Chinese While ‘The Big Guy’ was VP?

If Hunter Biden were just a drug-snorting, hooker-chasing loser whose activities had nothing to do with the government … as Jen Psaki is fond of saying … why were there active Department of Defense encryption keys on his laptop? Researcher Jack Maxey’s team discovered them while examining the infamous device.

CDMedia reports the “root encryption certificates” could stem from Hunter’s time as a public affairs officer for the Navy. (Before he was kicked out for drugs.) But they should have long been wiped from his device.

Those keys can allow access to DoD email and databases.

An IT tech expert working with Maxey theorized Hunter could use the keys to create bogus DoD email accounts to route communications through DoD servers and avoid detection. The DoD didn’t move to shut down the access until warned of their existence by Maxey.

Meanwhile, Sen. Chuck Grassley has released a bank statement showing, he says, Hunter Biden and Joe Biden’s brother James getting $100,000 from a CCP-controlled energy company while Biden was VP. (And, not incidentally, Obama’s man on China.)

Said Grassley, “To the liberal media and my Democratic colleagues: Is this official bank document Russian disinformation?” He also promised more to come.

Not for nothing, but ABC, CBS and NBC News have gone over 259 days without mentioning Hunter Biden. Even in the two weeks since The New York Times copped to the laptop information being legit. That according to the Media Research Center.

The people who still pay attention to legacy media are in for such a shock when the dam does break.

Remember that false story about border agents on horses whipping illegal Haitian immigrants trying to break into the country? They were just split reins used to control and direct the horses. Nobody was whipped. But Biden was whipped into a frenzy.

Within a day, the story was proven to be a pile of horse manure. The photographer who took the pictures explained that they weren’t whipping anyone. And yet, DHS launched a formal investigation. Six months later, amazingly, the administration won’t release the completed report. (It’s reportedly been done for months.)

Why? Brandon Judd, National Border Control Council president, told Fox News there’s only one conclusion: The Administration has “to drag this out and get the American public to forget about it because ultimately they’re going to have to come back and say [the agents] did nothing wrong, or they’re going to have to make some charges up and try to fit some charges under policy. That’s the only conclusion that we can come to on why this is taking so long.”

Christians Engaged Founder Bunni Pounds continues her series “History Belongs to the Intercessors” with “Part 2: What is an Intercessor.”

If you want to see the sweet and engaging Bunni Pounds interview the curmudgeonly and engaging John Zmirak, here’s your chance! The Topic: Pro-life and pro-liberty activism across church lines.