Meanwhile, Georgia Election Board approves subpoena that could lead to testimony of confessed illegal ballot harvester. 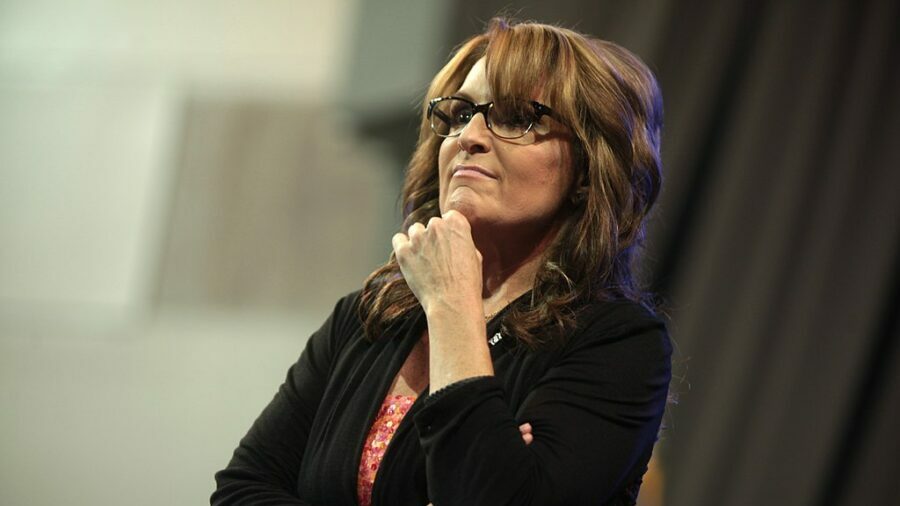 "Hmmm... 'Congresswoman Palin.' I kinda like the ring of that."

Today’s Brew offers many different flavors. Perhaps you can read it while pondering the “significance of the passage of time.”

What is the ‘Significance of the Passage of Time’? Is It a Kamala Head Scratcher Or …

Kamala Harris had another “what in the world is she saying” moment yesterday. In a speech promoting the expansion of internet reach, Harris said the phrase “significance of the passage of time” four times in about 30 seconds.

I’m pretty sure our VP is microdosing psychedelics pic.twitter.com/gm7upWircV

Or is it something else? Play it again. Now imagine that it’s not our communications disaster factory of a Vice President. Imagine instead it’s your pastor during a Sunday morning sermon.

Could Kamala, rather than fumbling, simply be adopting the cadence and pattern of a preacher?

I leave it to you. But I submit we are sometimes too quick to mock.

In case you missed it, the CDC quietly removed tens of thousands of deaths blamed on COVID, including nearly a quarter of deaths for those under 18-years-old.

The CDC said “Data on deaths were adjusted after resolving a coding logic error. This resulted in decreased death counts across all demographic categories.” Ah, “coding logic error.” Political ideology in, garbage out. Really, isn’t it amazing how many of these “errors” fit the 2020-2021 ideological objective?

Or am I just being cynical on a Tuesday morning?

If confirmed, Judge Jackson would be the first African-American woman on the Supreme Court. Why? Because in 2005, then-Senator Joe Biden torpedoed the nomination of Judge Janice Rodgers Brown to the District Court when it became clear she was heading for the High Court.

FLASHBACK: In 2005, Biden vowed to filibuster Janice Rodgers Brown if she was nominated to the Supreme Court.

She would've been the first Black female Justice.pic.twitter.com/N8AvumCeLr

Republicans went out of their way to be respectful, rather than smearing and destroying as Democrats did with Trump’s nominees. Nobody dressing up as characters from fictitious TV shows. No celebrities throwing daggers at the nominee’s back as she speaks.

Sen. Ted Cruz assured Jackson nobody was going to ask her about her teenage dating habits or beer. He left off “When was the last time you were involved in a gang rape?”

And Sen. Chuck Grassley is curious why the White House is holding nearly 50,000 documents pertaining to Jackson’s time on the Sentencing Commission.

Speaking of “debunked conspiracy theories” that are anything but …

The Georgia Election Board has signed off on a subpoena to “secure evidence and testimony in an ongoing investigation into whether third-party liberal activists illegally gathered thousands of absentee ballots in the 2020 general election and a subsequent runoff that determined Democrat control of the U.S. Senate,” Just the News is reporting.

One specific person they want to hear from is a whistleblower who confessed to True the Vote that he personally harvested thousands of illegal ballots in the state. Says he was paid $10 per ballot. And that scores of others were involved in the operation.

According to Just the News, True the Vote claims:

Surveillance camera footage showed ballot traffickers delivering stacks of ballots to drop boxes between midnight and 5 a.m. and cell phone records showed as many as 240 activists made such deliveries.

Remember, Georgia officially (if illicitly) went to Biden by a mere 11,779 votes.

Do the math. Each of those 240 activists needed to only illegally drop off 50 ballots to be greater than the margin of victory.

Remember When Boston Was Known for Its Racist Politicians?

Glad we don’t have to deal with that anymore.

Oh, wait. Here’s Boston’s new mayor Michelle Wu saying, “I’m getting used to dealing with problems that are expensive, disruptive and White.” (Despite her backpedal, do you really think she was talking about snowflakes?)

Any other color in there and she’d be forced to resign immediately.

We talked yesterday about AOC’s creepy video where she whispered about socialism and capitalism.

The Stream’s Tom Gilson saw the quote, and had this response:

Can someone ask AOC why it’s not equally true that, “Most people aren’t socialists, because they don’t have exactly the same amount of money as everyone else”?

Oh, please, Alaska. I know it’s early for my birthday, but for the entertainment value alone. For the sheer exuberant trouble she’d cause Nancy Pelosi and the Squad, please let it be so!

Former Alaska Gov. Sarah Palin is being urged to replace the late Alaska Rep. Don Young, who passed away over the weekend. “Mama Bear” Palin was asked about it by Eric Bolling of Newsmax.

“If I were asked to serve in the House and take his place, I would be humbled and honored, and I would,” she replied. “Yeah, in a heartbeat I would. It would be an honor”

"It would be an honor."@SarahPalinUSA responds to calls urging her to replace the late Don Young's seat in the House of Representatives. pic.twitter.com/Vpd6Sn6Ssg

Yeah. But it would also be a hoot.

With the NCCA swimming championships in the books, a timely fable from David Marshall called “Little Red Swimsuit.”

The Brew: Joe Jetting to Europe, While The View Wants to Jail Tulsi Rather Than Debate Her