The Bible in History: Where Salome Danced 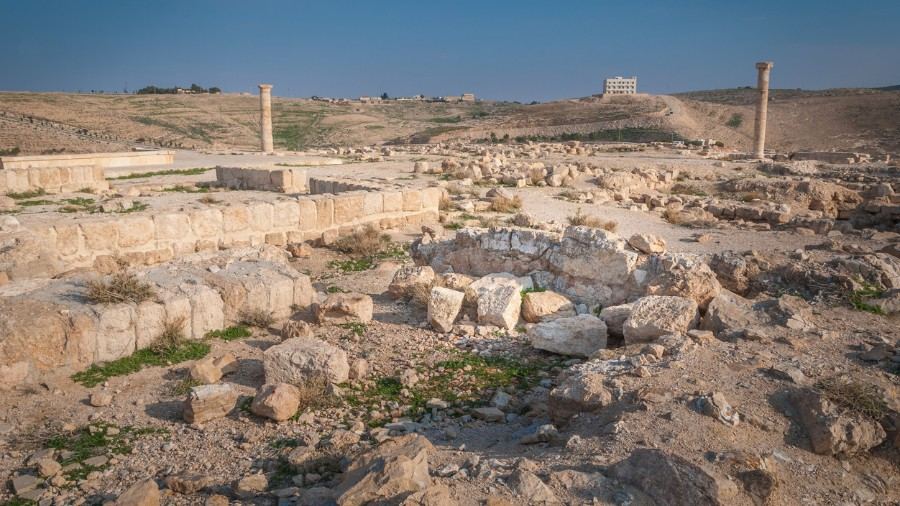 A Strange but Memorable Story

In a strange but memorable story told by both Mark and Matthew, Salome, the stepdaughter of King Herod, dances for his birthday. Delighted by her performance, Herod tells her, “Whatever you ask me for, I will give it to you, up to half my kingdom.” Salome is advised by her mother to ask for the head of John the Baptist on a platter (Mark 6:22-24). Distressed but trapped by his public promise, Herod gives Salome what she wants.

The story takes up only about two paragraphs, but it tells us a great deal. Not only about the protagonists, but about the overall human condition. It’s almost Dostoyevsky-ian. In fact, the story has inspired many works of art throughout the centuries, including paintings by Titian and Moreau, an opera by Richard Strauss, and a play by Oscar Wilde.

Though the story clearly has had a grip on artistic and cultural imaginations through the years, it is not a product of the Gospel writers’ imaginations. It is firmly rooted in history. And just recently, the Israeli newspaper Haaretz reported that the site of the story had been discovered.

The Site of the Story

Located at Machaerus, Jordan, is a fortress on a cliff with a view of the Dead Sea. On clear days, Jerusalem can be seen from this perch. Inside is a 7,000-square-foot royal courtyard where “archaeologists have identified a semicircular niche where they believe [Herod’s] throne was positioned.” According to the article, the archaeological team “re-erected two of the columns that had once held up the roof of the courtyard where the princess Salome is said to have danced.”

Obviously, stones can’t confirm all the details of the story told in Matthew and Mark, but other extra-biblical sources confirm parts of the story. The best example is Jewish historian Flavius Josephus, who wrote around the same time as the Gospel writers. Herodias, Josephus writes, “took upon [herself] to confound the laws of our country and divorced herself from her husband while he was alive, and was married to Herod Antipas.” This was the act that drew both the ire and the condemnation of John the Baptist. The royal couple was so displeased with the prophet’s outspokenness that they threw him in prison. Apparently, Herodias never got over her grudge.

Josephus described John as “a good man [who] commanded the Jews to exercise virtue.” Josephus also confirms that Herod gave the order to execute John. The historian even gives us a date and a place for the execution, about February in A.D. 32 at the fortress at Machaerus, (Antiquities, XVIII. 5. 2). Josephus goes on to suggest that a subsequent military defeat was seen by his subjects as “a punishment… a mark of God’s displeasure to him.”

To be clear, Josephus does not mention the role that Salome or Herodias played in John’s death, but that hardly means that the biblical account is fiction. Josephus is clearly not a neutral historian. His ancient style does not obey the “rules” applied to modern histories. Still, modern historians rightly treat Josephus as an important historical source.

However, the Gospels are not given the same consideration. Clearly, the Gospel writers were writing history, a history with basic details repeatedly confirmed by Josephus and others. Treating them differently, as many scholars do, says much more about the prejudices of modern historians than about the historical reliability of the narratives.

Not “Once Upon a Time”

For Christians, the fact that the biblical story takes place in actual human history, and not “Once upon a time,” says a lot about the kind of faith we have. It’s not merely a “way,” a set of virtues to respect and follow. When Luke, for example, situates the ministries of John and Jesus by telling readers historically verifiable details like who the emperor and local rulers were, he’s describing something that actually happened in human history. The Christian faith is open to scrutiny and skeptics. It’s not afraid to be weighed and tested.

And, in the end, the Bible is the best-attested book of antiquity, and nothing else comes close. The Bible is not a historical novel, a work of fiction written to inspire us. It’s true. It describes the world as it actually is. And yet, it’s also one of the most powerful sources for the great works created by the human imagination.

Roberto Rivera is a Fellow and Senior Writer at the Colson Center. He has written for Sojourners, Christianity Today, Books & Culture, Touchstone, First Things, and The Catholic Herald, among other publications.