Thankful to be an American 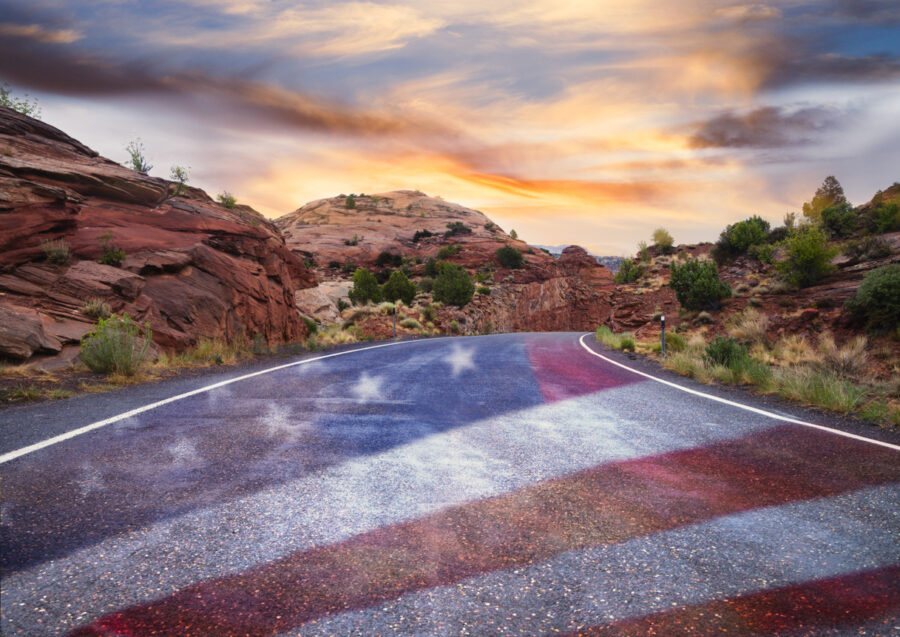 Despite some of the disappointments in last week’s election, I’m grateful to be an American — especially because of religious liberty.

This month we celebrate Thanksgiving, when we remember the Pilgrims who came to this new land to celebrate religious freedom — something denied them in their native England.

“[E]ver since the first breaking out of the light of the gospel, in our honorable nation of England… Satan hath raised, maintained, and continued against the saints,” writes the key Pilgrim leader, William Bradford, in his chronicles of the Pilgrim saga.

So many early Americans — not just the Pilgrims, but the Puritans, the Quakers, the Huguenots (French Calvinists), and others — fled often horrific persecutions from Europe, so that here they could be free.

But persecution against the godly is not something just for the history books.

One grateful American first came to this land in 1990 when he was 12 years old. He was the son of an evangelical pastor in Communist Romania, whose family suffered persecution for their Christian convictions. His first act in America was to kiss the tarmac — they finally had come to “the land of the free.”

His name is Harry Mihet, and today he is an attorney who works as a vice president for Mat Staver’s Liberty Counsel, a Christian legal group.

I have written about Harry before. A few years ago, he spoke at a meeting in our church in South Florida on what it was like as a Christian growing up in an officially atheist country, and told a story which could be labeled, “the crooked makeshift coffee table story.”

The Bible was highly illegal in Communist Romania. Dogs were trained to sniff for copies. If the Communists found any Bibles, they would turn them into toilet paper. But in their legendary incompetency, sometimes, noted Harry: “you’d have rolls of toilet paper with God’s Word still on it. We’d hear stories of people getting to read God’s Word, courtesy of the Communists.”

A Fresh Pot of Coffee and God’s Sovereignty

One time Harry’s father, Pastor Mihet, received a shipment of about 300 Romanian Bibles. Harry said that being caught with one Bible was bad enough, but having 300 copies could be severely punishable. He said it was “contraband,” and was like having a “controlled substance with the intent to distribute.” The “contraband” (the Bibles) was right in the middle of the living room.

Harry says, “Somehow the secret police found out that there were Bibles at the Mihet home. So I remember one night, being woken up by very loud banging at the door and the barks of German shepherd dogs.”

His mother, “quick thinking as she was,” saved the day: “So she takes a piece of plywood, puts it right on top of the Bibles and takes one of her very nice, ornamental table covers and puts it on top of the plywood. So now, all of a sudden, we had a makeshift coffee table inside our living room. It was obviously crooked when you looked at it. But it could pass for a Communist coffee table.”

The secret police came in with their dogs, going from room to room, as they ransacked the house.

Harry continues: “In the meantime, my clever-thinking mother goes and turns on a coffee pot for these folks. Now, coffee is a very rare delicacy in Communist Romania. No one had coffee. The only reason we had some is that the people who snuck in to bring us the Bibles also brought us some coffee.”

“So all of a sudden these evil-doers, the secret police, start smelling coffee, this delicacy. My mother brings it out to them and places it right in front of them on our brand new makeshift coffee table.”

The police were taken aback because while they were there to find the Bibles and take them away and arrest the father, instead they were met with hospitality and were offered a “rare delicacy,” of which they gladly partook. They left empty-handed.

Harry concludes, “I believe God covered their eyes, and God stuffed the noses of those German shepherds because not one of them decided to look at our crooked coffee table….God protected the Bibles. God protected us, and God showed His sovereignty in the midst of that situation.”

The Fight for Religious Liberty Continues

Fast forward to today. Harry Mihet continues his work defending religious freedom with Liberty Counsel in America. And now, he and Liberty Counsel are partnering with a legal group in Romania to fight for religious liberty in the country of his origin.

America must always remain free. We cannot allow the godless Left to stamp out freedom — the way the Communists do when they have full sway. So many people have sacrificed so much so that we might enjoy freedom, above all, religious freedom. We cannot let it slip through our fingers.

Jerry Newcombe, D.Min., is the executive director of the Providence Forum, an outreach of D. James Kennedy Ministries, where Jerry also serves as senior producer and an on-air contributor. He has written or co-written 33 books, including George Washington’s Sacred Fire (with Providence Forum founder Peter Lillback) and What If Jesus Had Never Been Born? (with D. James Kennedy). Learn more at www.jerrynewcombe.com and follow him on Twitter @newcombejerry.

Coach Kennedy: From the Field to the Supreme Court