Texas’s low COVID numbers are encouraging, but they are not unique. 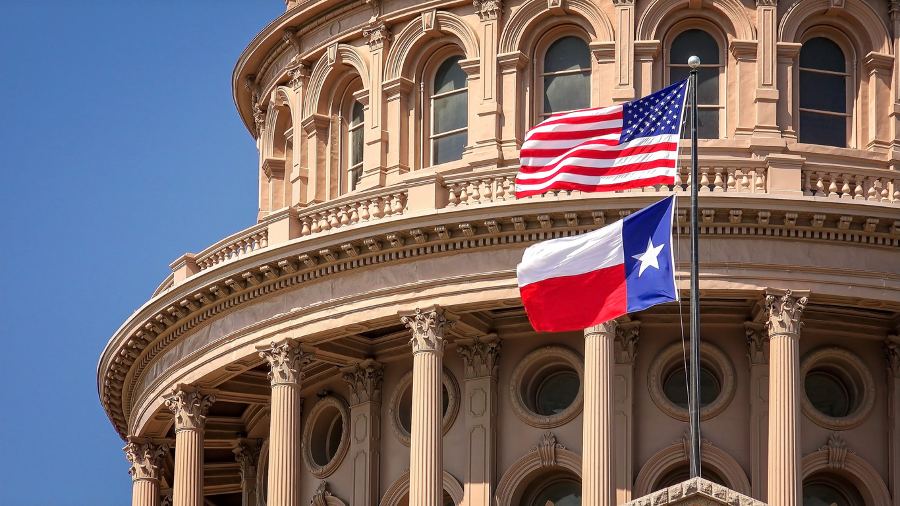 On March 2, Texas Gov. Greg Abbott announced he was lifting all government restrictions aimed at limiting the spread of COVID-19.

“I just announced Texas is OPEN 100%,” Abbott tweeted. “EVERYTHING. I also ended the statewide mask mandate.”

Abbott’s decision caused a stir among politicians and public health experts, though numerous other states had been operating without restrictions for months.

“Governor Abbott’s failure to listen to science and medical advice will cost Texans their lives,” Rep. Joaquin Castro warned in a statement. “The easiest thing everyone can do to slow the spread of COVID is to wear a mask and keep a social distance.”

“These states’ lifting of measures … are quite premature,” Jennifer Nuzzo, a senior scholar at the Johns Hopkins Center for Health Security, told the BBC.

“They’re trying to do a good job of keeping everybody safe. Of course they want to open up. But getting rid of masks just seems ignorant to me,” said San Antonio Spurs coach Gregg Popovich.

Nearly a month after Abbott’s announcement, the data are in.

“Coronavirus cases have dropped to a record low in Texas roughly three weeks after the state lifted its mask mandate and reopened businesses,” Newsweek reports.

The news magazine was referencing new data touted by Abbott showing that the Lone Star state saw its seven-day COVID positivity rate, the percent of tests coming in positive, hit a new low — 4.95 percent — while hospitalizations reached a six-month low.

Hospitalizations dropped to a 6 month low

This week we have 1 million 1st vaccines available

Everyone now qualifies for a shot. They are highly recommended to prevent getting Covid but always voluntary

“According to the Texas Department of State Health Services, at least 1,900 new virus cases were reported on Sunday, which is the lowest daily number the state has seen since early June,” Newsweek reports. “Data from the U.S. Centers for Disease Control and Prevention shows that the seven-day moving average number of cases in Texas dropped to the lowest level since mid-June.”

Texas Is Not Alone

Texas’s numbers are encouraging, but they are not particularly unique.

The same day Abbott made his announcement, Mississippi declared that it too was lifting all state restrictions. Mississippi’s case pattern looks markedly similar to Texas’s.

Texas and Mississippi announced on March 2 they were lifting ALL pandemic restrictions (including mask mandates) despite mass hand-wringing from media.

That was nearly a month ago. The result?

Despite the widespread warnings that Texas and Mississippi were needlessly risking the lives of their citizens, both states saw cases and deaths decline after lifting all restrictions. Why?

One answer might be that residents in Texas and Mississippi continued to take sensible precautions, as public health officials in these states recommended.

For example, Thomas Dobbs, Mississippi’s state health officer, urged people to continue to use discretion and exercise caution despite the absence of legal restrictions.

“Do stuff outdoors, don’t group together indoors with a lot of folks,” Dobbs said at a press conference with the governor when it was announced restrictions were ending. “You can catch COVID. And we can mess this up.”

From the beginning of the pandemic, there was a fear that Americans wouldn’t exercise caution and prudence absent the heavy hand of force. But this concern was always overblown. Evidence shows Americans were taking precautions well before government officials imposed sweeping restrictions.

“Americans living in red states appear to have taken the crisis plenty seriously; data shows that residents there were staying home well before their governors issued stay-at-home orders,” FiveThirtyEight pointed out back in May, citing research from Cuebiq, a private data company that assessed the movement of people via GPS data.

This suggests that people are more than capable of taking precautions — maintaining space, washing hands, wearing a mask — that they feel are reasonable without being forced.

Using force in the case of the pandemic seemed natural to many because it sprang from a desire to protect people from a deadly virus, but this was a mistake.

“Whenever we depart from voluntary cooperation and try to do good by using force, the bad moral value of force triumphs over good intentions,” the Nobel Laureate economist Milton Friedman observed in his book Is Capitalism Humane?

The data coming out of Texas and Mississippi (as well as Florida) are yet more evidence that the benefits of this force have been oversold. An abundance of research suggests lockdowns achieve very little (if anything); meanwhile, their harms are clear (though often ignored by lockdown proponents).

Fortunately, because of the system of federalism, which distributes power across the states, this truth is finally being revealed. Soon, it will be recognized.

“All truth passes through three stages,” the German philosopher Arthur Schopenhauer reputedly said (perhaps apocryphally). “First, it is ridiculed. Second, it is violently opposed. Third, it is accepted as being self-evident.”

The failure of lockdowns and other various government restrictions are still in stage two. But stage three is rapidly approaching.