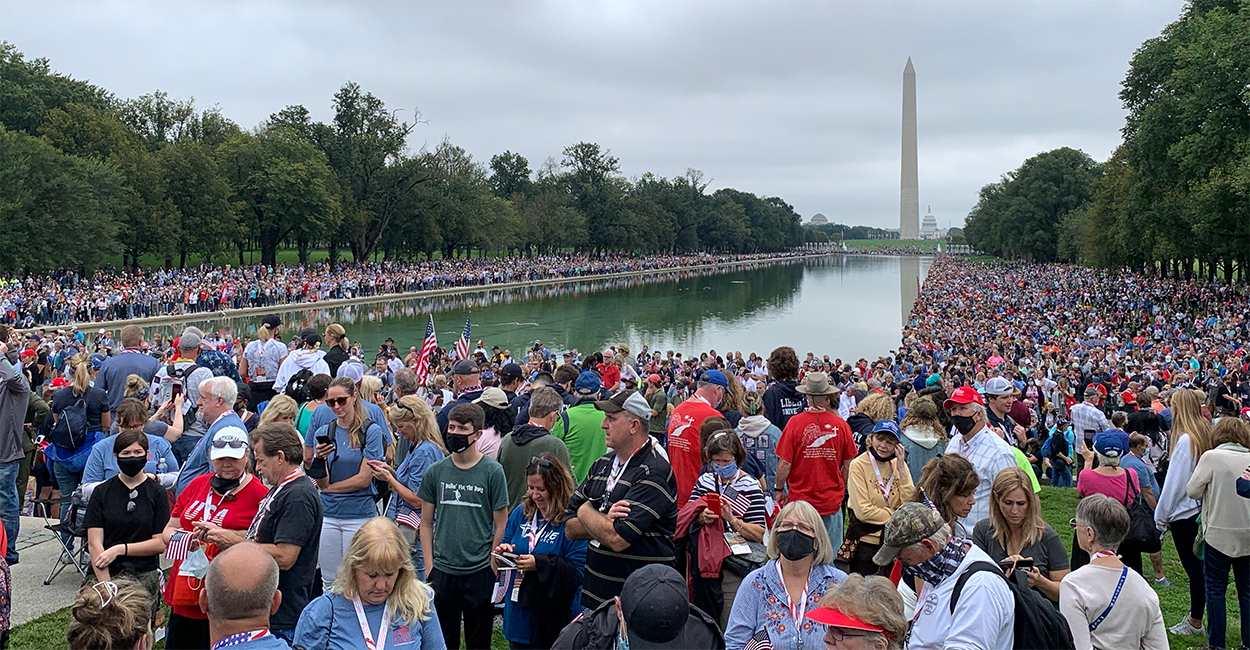 A crowd estimated at more than 50,000 gathered Saturday on the National Mall for the Prayer March 2020 led by the Rev. Franklin Graham.

A crowd gathered on the National Mall in Washington on Saturday to pray for the country at a time of deep national divisions.

“I think that things change when you pray,” said Sofia Swiger, 16, standing with her father on the steps of the Lincoln Memorial. “It makes a big difference to come together as Christians and agree together to pray for our country.”

Led by evangelist Franklin Graham, the son of the late Billy Graham and the president and CEO Samaritan’s Purse, the Prayer March 2020 was attended by Christian and political leaders, including Vice President Mike Pence and his wife, Karen Pence. “Organizers say up to 50,000 people attended,” reported NBC4 Washington.

“Today, at this Washington prayer march, you continue a great American tradition,” Pence said, his voice reaching the mass gathering, which stretched from the steps of the Lincoln Memorial to the Reflecting Pool, through large speakers. “Since the founding of our nation, the American people and our leaders have gone to prayer in challenging times.”

The vice president asked those gathered to remember to pray for all those serving within the administration, in Congress, and on the Supreme Court, noting that the “sweetest words” he and the president hear from fellow Americans are “I’m praying for you.”

The march stepped off from the Lincoln Memorial and ended at the U.S. Capitol. Participants were asked to stop and pray at seven different locations down the National Mall with a specific prayer focus assigned to each stop. 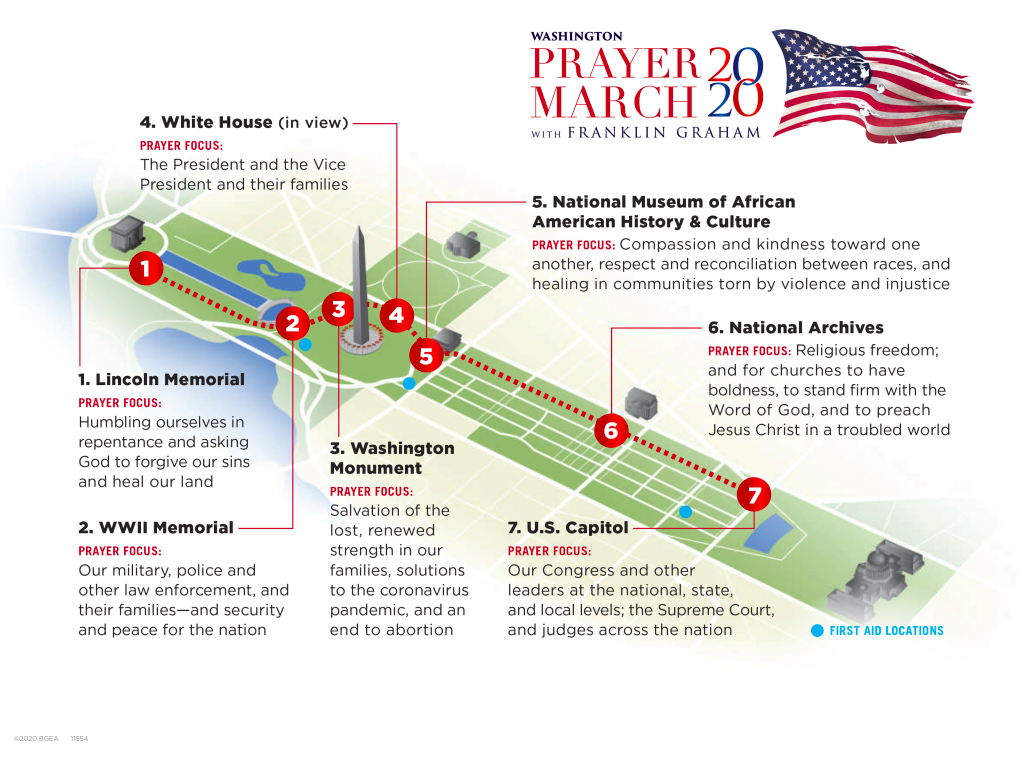 Pausing at the World War II Memorial to pray for members of the military and law enforcement, and for the peace and security of the nation, Tony Perkins, president of the Family Research Council, prayed, “May the transcendent truth of the gospel of Jesus Christ be released upon this nation as we stand with courage and selflessness and bravery.”

A prayer and repentance event called “The Return” took place on the National Mall on Friday night and all day Saturday in tandem with the prayer march.

Both events drew participants from around the country who said they felt compelled to intercede on behalf of America at this moment in history.

Carrie Spears, 58, traveled all the way from Portland, Oregon, to pray for the country because “without repentance, and without prayer, there won’t be any change,” she told The Daily Signal.

“People just need to acknowledge God, Him, as the supreme authority over life,” Spears said. 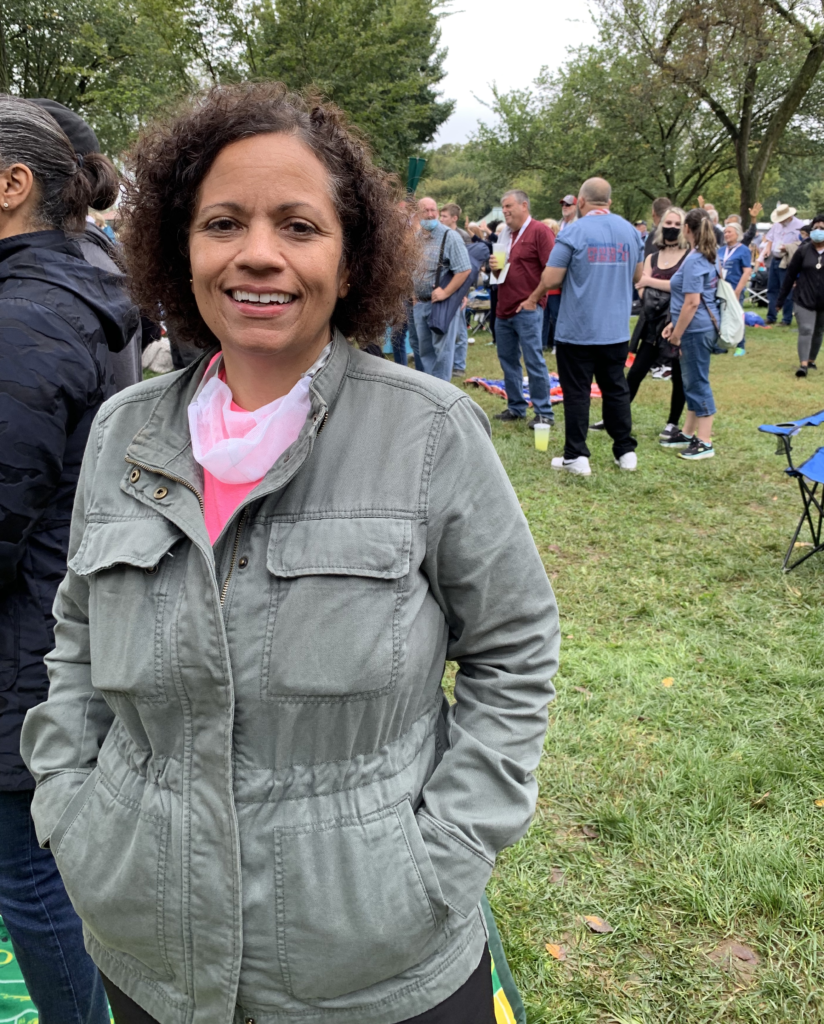 A message of repentance, particularly focused on the abortion of more than 60 million unborn babies, was central to Saturday’s event.

We have sacrificed our children, Jonathan Cahn, author of The Harbinger, said to thousands on the Mall and others watching online.

“To shed the blood of an unborn baby is to murder a human life, and the most innocent of human lives,” he added.

“Without repentance, there can be no revival,” Cahn repeated throughout his message Saturday morning.

Many churches and schools brought busloads of people to the event, including Liberty University, a private Christian university in Lynchburg, Virginia.

Caleb Hawthorn, 18, a freshman at Liberty, told The Daily Signal that he was one of about 2,200 of the university’s students to drive more than three hours to Washington for Saturday’s march.

“There is so much polarization in the country at the moment between racial injustice and, like, everything that is going on,” Hawthorn said. “If everybody just took time to breathe and pray for everybody and be kind to each other, I think it would be a lot better than where we are now.” 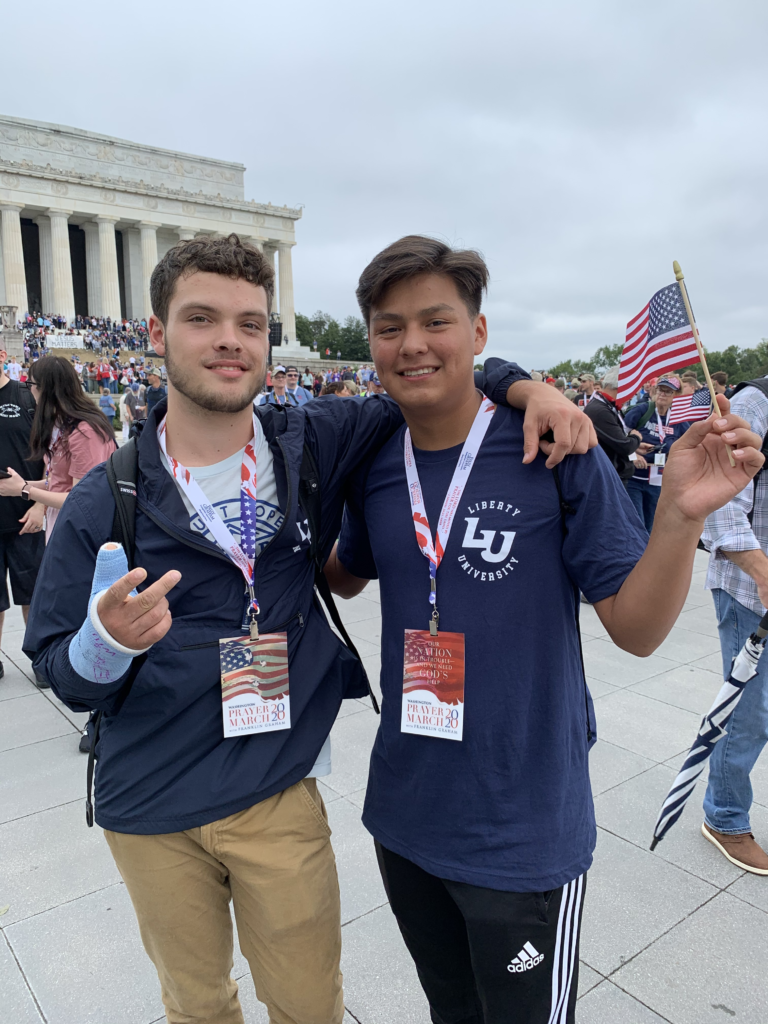 Graham closed the march outside the U.S. Capitol by encouraging Americans to continue to pray for the nation because “we are at a crucial point in this country,” adding, “There are people who are wanting to manipulate the direction of this country, and we just need to pray that God will intervene.”

Virginia Allen is a news producer for The Daily Signal. She is the co-host of The Daily Signal Podcast and Problematic Women. Send an email to Virginia and follow her on Twitter @Virginia_Allen5.