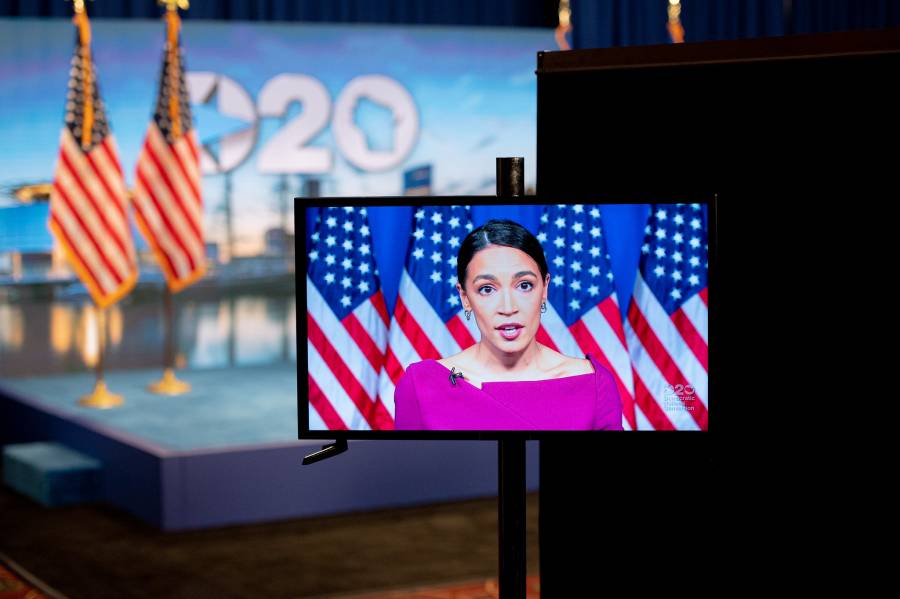 This week, Democrats from all across the country convened for the “virtual” Democratic National Convention. During their pledges to ban fracking, raise taxes, and advance other policy objectives of the far Left, the Democratic Party failed to address an issue that has become more and more apparent: its problem with law and order.

The Democrats held their convention in Milwaukee, which is fitting. Milwaukee is a Democrat-controlled city where local leaders catered to the violent mob and voted to defund their police department by 10% in next year’s city budget.

Ahead of the convention, more than 100 police agencies pulled out of agreements to provide security for the event, citing an order that would hamstring law enforcement’s ability to protect themselves. And who would blame them? For more than 12 weeks, cities run by local Democrat officials have been subject to violent riots that left police cars firebombed, police officers assaulted and killed, and businesses burned to the ground.

Legitimate, peaceful protests against police brutality and for equal justice have their rightful place in our public dialogue. Every American has the right to speak and exercise his or her First Amendment rights. But for three months, these demonstrations have been hijacked by Antifa and other anti-American anarchists who hate our country, hate law enforcement, and want to sow division. Nowhere have these criminals been more empowered to engage in violence than in major U.S. cities, where Democrats have a stronghold.

We Saw This Coming

Despite local elected Democrats dialing up their criticism of our brave men and women in blue in recent months, the Democratic Party’s problem with law and order is really nothing new.

Two years ago, then-candidate Rep. Alexandria Ocasio-Cortez won her seat by calling for the abolition and dissolution of U.S. Immigration and Customs Enforcement. I introduced a resolution denouncing this hateful demand, but unfortunately, my Democratic colleagues were largely silent. At the time, the Mainstream Media waved off Rep. Ocasio-Cortez’s calls against the federal law enforcement agency as a radical idea from the fringe Left.

Just two months ago, Rep. Ilhan Omar said, “we need to completely dismantle the Minneapolis Police Department,” and went on to refer to the department as a cancer at a Democrat rally.

Today’s Democratic Party finds itself facing calls to support the dangerous ‘Defund the Police’ movement, which has gained steam in at least 13 major Democrat-controlled cities. To no one’s surprise, these are cities where violent crime is on the rise.

In Minneapolis, where the city council voted to abolish the police department, there were more than 40 shootings in the first half of July, prompting residents to form their own armed security groups to protect their communities.

In Portland, where Mayor Ted Wheeler pledged to divert millions from the police bureau and the city council even voted to disband the city’s “Gun Violence Reduction Team,” Wheeler recently conceded “in just the first 12 days of July alone, we’ve witnessed an increase in gun violence by over 380%.” Just last weekend, after attempting to set the police precinct on fire, the criminal chaos continued with rioters hurling rocks and dangerous fireworks at officers and causing “extensive damage” to patrol vehicles by filling pool noodles with nails and placing them on the road.

And in Austin, in my home state of Texas, the Austin City Council is defunding the police department by $150 million, which will mean fewer police officers on the force and cuts to forensic work and services for victims of crime.

Catering to the violent mob puts every American life at risk — including those individuals who freely exercise their First Amendment rights or serve in law enforcement.

To fail to tell the truth about the valuable role law enforcement plays in American cities is moral and political malpractice. Are there law enforcement officers who violate the law? Yes, and when they do they should be prosecuted. But to impugn the integrity of everyone working in law enforcement — like the Democrats do — is a disservice to this country.

So when will Democrats speak up? Will they condemn these radical calls? Will they stand with the brave men and women of law enforcement who risk life and limb to protect our communities?

I wouldn’t count on it.

Ted Cruz is a U.S. Senator for Texas and a member of the Senate Judiciary Committee.