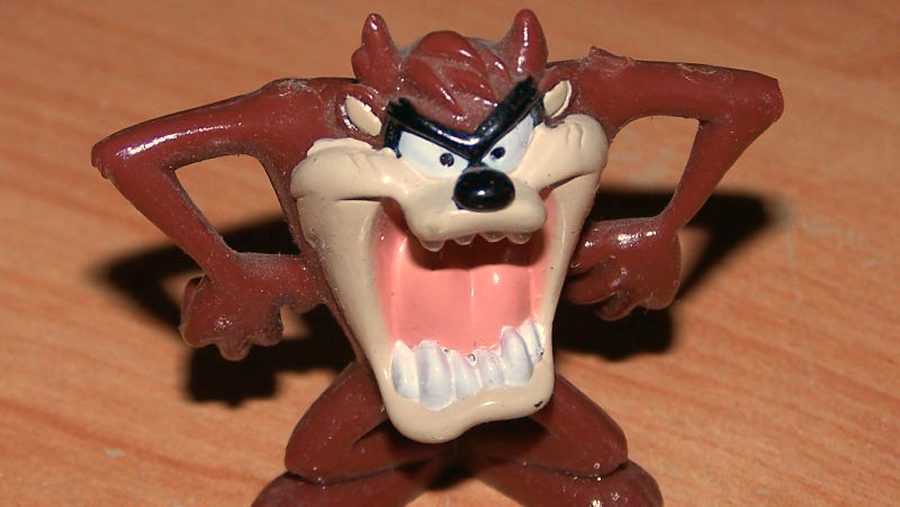 The Australian Catholic Bishops Conference recently published a booklet titled Don’t Mess With Marriage. A pastoral letter on the same-sex marriage debate directed to all Australians, not just Catholics, it sets forth the teaching of the Bible and the Christian tradition concerning the nature and ends of marriage.

It presents in simple language the doctrine the Catholic Church has always taught, and for that Martine Delaney of Tasmania filed a legal complaint against them.

Delaney, a self-described “transgender and transsexual” who lives in Tasmania, had “gender reassignment surgery” and is also in a long standing sexual relationship with a biological woman.  He is an activist in the “gender identity movement” and a spokeswoman for a Tasmanian Gay and Lesbian Rights Group. Its members insist not only that one can change ones sex at will, but that the civil Government should protect this as a civil right and use police power to impose this understanding on everyone else.

Delaney has demanded that the Catholic Church issue a formal public apology for the booklet. Even worse, Delaney demands that the Church be compelled to implement Lesbian Gay Bisexual Transgender and Intersex awareness programs for all staff and students within the Catholic school system. In other words, he wants the state to force the Church to agree with him and to teach even children his beliefs about sexuality.

Which the Church cannot do. In Don’t Mess With Marriage, the Catholic Church speaking through the Australian bishops insists that it is “gravely unjust” to “legitimize the false assertion that there is nothing distinctive about a man and a woman, a father or a mother.” It further asserts it is wrong to “ignore the particular values that real marriage serves” and “ignore the importance for children of having, as far as possible, a mum and a dad, committed to them and to each other for the long haul.”

That’s the teaching. The Church believes it’s the truth and therefore good news for everyone, including transsexual activists like Martine Delaney. To deny the teaching is to rob people of the truth they need to hear. The Church will not keep this teaching from people just to save herself some legal trouble.

The investigation is currently underway. This is only one of a growing number of examples of legal persecution directed against the Catholic Church — and through her against all faithful Christians. I recently wrote concerning a complaint pending in my own Diocese of Richmond, Virginia, and also of the treatment of the Swiss Catholic bishop Vitus Huonder.

As Christians we must never forget, as I wrote last April, the attack on marriage is diabolical in origin. Though we certainly must assert our rights as citizens, we should always recall that the greatest weapon we have is not our argumentation and apologetics. We need both, but even more we need to recognize that the attack we face comes from the gates of hell and to wield the spiritual weapons the Lord has given us (Eph. 6:12, 13).

As a child, I remember laughing at the Looney Tunes cartoon character called the Tasmanian devil.  He was voracious and vicious, gobbling up anything in his path while he succumbed to fits of uncontrollable temper. The character was based on a carnivorous marsupial which is actually native to Tasmania.

What is happening to the Catholic Church in Australia, especially in Tasmania where this complaint was filed, involves the real Devil. The one the Apostle Peter reminds us “prowls around like a roaring lion, seeking someone to devour” (1 Peter 5:8) seeks to destroy the Christian teaching because he wishes to devour human souls. We must especially resist him with what the Apostle Paul called the “weapons of our warfare,” which are “not worldly but have divine power to destroy strongholds” (2 Cor. 10:4).

Jesus promised that the gates of hell would not prevail against the Church (Matt. 16:18). The demons have tried for over two millennia, but they have failed. The evil one has set his scopes on the first cell of the Church, marriage and the Christian family. Is it any wonder that the enemy of the Lord’s loving plan for the whole human race would seek to destroy the Church by attacking its smallest cell?

The growing persecution does have a silver lining. It is in bringing us together in prayer, joint action and solidarity. We must come together now, and overcome the Devil’s evil designs.