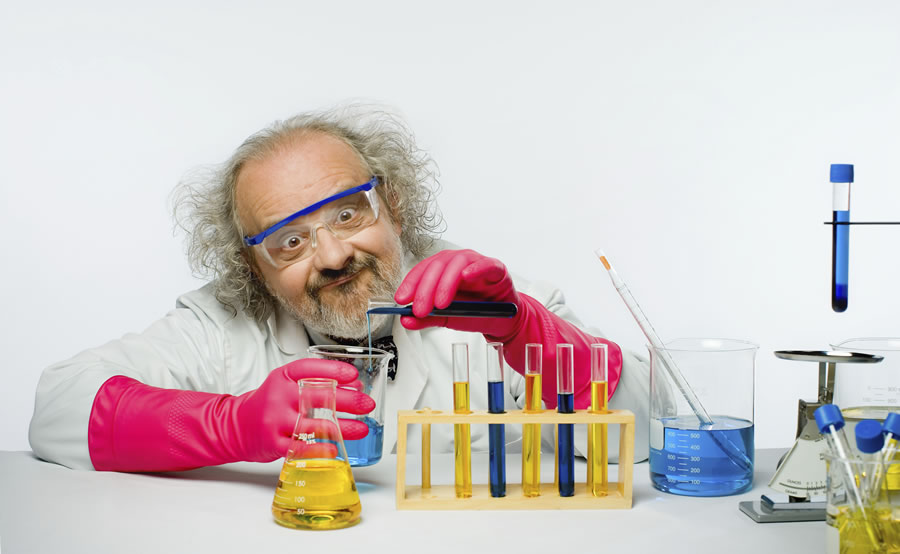 In a recent column, I announced a new series in which I promised to try to attain more empathy with Woke liberals by climbing inside their minds. This is my first attempt of what I’m afraid will be many.

You learned it at every level of school, and you never heard anyone respectable say anything different, not even in the church your parents would drag you to. The Universe just … happened. Scientists used to think it had always existed, which was much more rational and tidy, but evidence kept disrupting that idea. They had to admit (reluctantly) that it all began at once. It was an ex nihilo Big Bang, but in no way would you let yourself confuse it with the Creation account in Genesis.

Because the Bible account is unscientific. It doesn’t even include any math equations! If you run around claiming that you believe the Bible over science, that means you think the world is only 6,000 years old, and Noah herded dinosaurs onto his ark. Next you’ll end up handling rattlesnakes in some trailer park in the Ozarks.

Is it weird that all the fundamental laws of matter and energy are so precisely calibrated as to produce even one planet where life can happen? You believe science will explain. Someday. Besides, you’ve seen it often enough on shows like Star Trek: Life can emerge on all sorts of planets, in every different form. It’s pretty much inevitable, just waiting to sprout up from silicon or strontium.

But our space probes keep finding nothing, nada, bupkis. It’s almost as if the Earth were somehow special, with a destiny all its own, the beneficiary of elaborate TLC on something or Someone’s part. But your science teachers waved such ideas aside as crazy talk. They warned you that if you indulged it, you’d end up speaking in tongues and picketing women’s clinics, like the rubes you remember from Borat.

And just as the Universe just happened to happen, life just blundered into existence, too. There was some goopy pond on the primitive earth, and it got struck by lightning. Or boiled by volcano farts. Or seeded with sperm from space. Anyway, it doesn’t matter, because a couple scientists back in the 1950s tried an experiment where they made a couple of amino acids that way. This proves that chains of hundreds of carefully calibrated, self-replicating proteins emerged purely by accident. Then the fittest of them survived, even though they technically weren’t alive yet. But the analogy holds. It has to.

No, you have absolutely no idea how that might have worked. Neither do chemists who’ve spent 60 years on it. Using millions of manhours of genius and pure chemicals from the lab, they’ve never gotten anything more than clots of useless tar. Instead of … the elaborate, tiny supercomputers that the “simplest” bacteria have turned out to be. But the men who work for Science assure you they’ve got it handled, and you trust them over the guys with Confederate face tattoos performing their own dentistry on World’s Dumbest Hillbillies.

Because that’s how Science works: the people with more social prestige, government funding, and institutional power are right, and those with less of those things are wrong. In fact, they’re not just wrong, but wicked, dangerous, and stupid. Got it? Good. Let’s move along.

We’ve established a totally accidental universe. And life that began thanks to some arbitrary collision of primitive chemicals. So explaining the rest is easy. You know those tiny supercomputers that popped up out of nowhere? The incredibly elaborate and still unexplained libraries of data that emerged in their DNA would sometimes generate errors.

Now when that happens to our computers, it always makes useless nonsense. But that’s not true of these organic supercomputers. When their code gets garbled, sometimes it results in whole new complex organs, like wings or eyes or the circulatory system.

From Bacteria to Italians, All by Luck

If one of those lucky little computers makes that kind of error, it will fight better and breed faster than its neighbors. Soon you’ll have a whole new species of tiny supercomputer. And so on, by sheer random chance, from bacteria up through lizards and dinosaurs then birds then rats then Neanderthals up to Italians. All of it, all of it, comes from random stuff happening, then a vicious fight for survival to cull out and kill all the weaklings.

No, we don’t have evidence of that ever happening in a laboratory, not even after decades of carefully watching the fastest breeding bacteria reproduce through millions of generations. And no, there’s nothing in the fossil record to support Charles Darwin’s idea that tiny, gradual mutations created a continuous tree of life.

In fact, all the evidence points to whole new types of creature emerging all at once, in waves, out of nowhere, as if Someone were stepping in at intervals of time suspiciously analogous to … days of the week. But that kind of thinking, if indulged, could gradually evolve you into an anti-vax gun nut who lives in a state polluted by coal and full of racists. So set it aside, and stick to Science.

Your Mind Is an Illusion. Now Sign Up for My Class

And the men in charge of Science tell you that every thought that runs through your head is just a side-effect of tiny spark plugs inside the meat supercomputer atop your shoulders which somehow emerged from billions of years of genetic mutations and brutal competition. Your thoughts aren’t real. They come to you from the Matrix, the artificial reality that each of us thinks he inhabits, where we’re rational, free, and responsible. But in fact we aren’t. Our “selves” are just the foam that helplessly floats on a dark, deterministic sea of relentless cause and effect, all generated finally by the meaningless Big Bang that knocked over the very first domino, billions of years ago.

Despite all this, we can know stuff about the world. Reliable stuff, called Science, which we know must be true because it helps us make gadgets like cell phones and birth control pills and nuclear bombs. It’s hard to explain how our minds can be accidental side-effects of meat computers, and also trustworthy guides to what happened 14 billion years ago. But we trust that somebody somewhere in a white coat is working on it. And we trust him, whoever he is, over monks with scratchy beards or televangelists in shiny suits who pretend that there’s a rational explanation for everything. How superstitious would that be… .