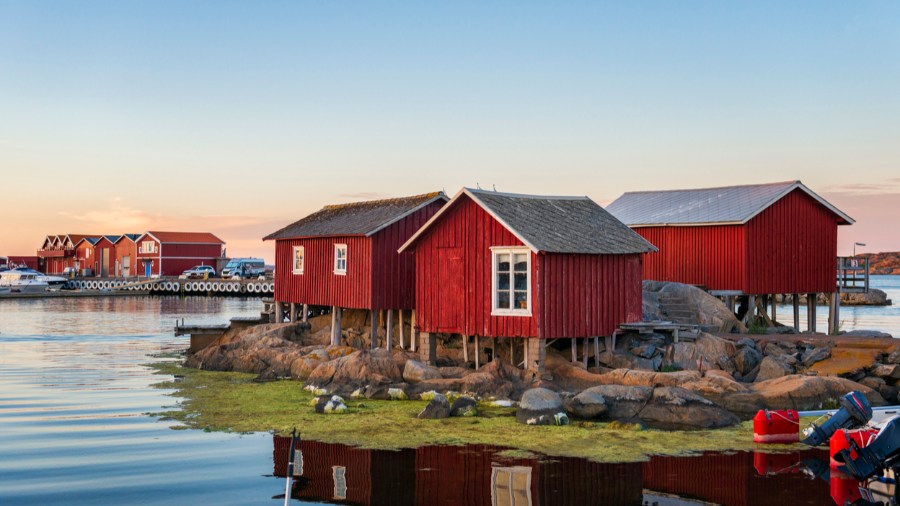 Senator Bernie Sanders enjoys holding high the proverbial ostrich egg in the hen house to motivate American taxpayers’ conversion to socialism. The progressive left continually places the success of Sweden, Norway, Denmark on a pedestal. These three kingdoms are historically known as Scandinavia; add Finland and Iceland and you may refer to all five as Nordic countries.

American journalists today seem to operate on a different understanding of truth and objectivity than earlier generations of reporters and media leaders. “The end justifies the means” is a principle believed by many as they churn out material heavily influenced by their ideology and a leftist tilt.

By avoiding wars and enjoying a relatively free-market economy, from 1870 to 1950, Sweden enjoyed the highest per-capita income growth in the world.

Dark clouds appeared in the 1930s as Swedish politicians toyed with a fascist-style, socialist “planning.” This new model was kicked into high gear after WWII. Government spending went from 20 percent in 1950 to more than 50 percent in 25 years. By 1990, Sweden had fallen from fourth to twentieth place in international income comparisons.

The once thriving Swedish economy was now a regime of high taxes, an out-of-control inefficient welfare state that paid people not to work, massive spending and borrowing by the government. This chaos and decline led to a revolt against the socialist regime.

A 2009 study by the Swedish Economic Association discovered their economy created no new jobs from 1950 to 2005. Only a revival of conservative and free-market reforms began Sweden’s clear-cut turnaround. Today, American socialists point to Sweden’s new makeover, not the mess from which they have been digging out.

Does Sweden still rank behind Mississippi?

For a point of reference, Yonathan Amselem in his October 16, 2015 article, entitled: How Modern Sweden Profits from the Success of Its Free-Market History at mises.org, he references research written by Dr. Mark J. Perry in 2007, indicating that if Sweden were “admitted as a 51st state to the Union, it would be the poorest state in terms of unemployment and median household income.” With Mississippi being our lowest-income state, Sweden would have been ranked dead last — even after some economic recovery in the mid-1990s.

Amselem mentions a 2012 study by IEA comparing Swedes in the U.S. and their homeland. It posits that Sweden’s “current welfare state suppresses household incomes so effectively” … that … “American Swedes have roughly the same unemployment rate as Swedes in Sweden yet earn, on average, 53 percent more annually.”

The staggering difference in population alone should prevent politicians like Bernie Sanders from making economic comparisons between these two countries.

The Metamorphosis of the Swedish Man

As a child, I was intrigued with the transforming process that a butterfly or moth undergoes from egg, larva, cocoon, to the winged freedom of adulthood. Socialism seems to have a reverse-metamorphosis on adult humans.

DiLorenzo surmises that, “Generations of Swedes, however, have been taught that they have a ‘right’ to live at someone else’s expense.”

Free market capitalism has seemingly brought back some of that ole Viking rugged individualism!

Ron Hale came to Christ at the age of 23 and surrendered to ministry one year later. After serving in the Midwest for 25 years in various church and denominational roles, Ron returned home to Jackson, TN, and has served on staff at West Jackson Baptist Church for nine years. He enjoys writing, research, and serving on the SBC Executive Committee. © Ron F. Hale, September 21, 2015

Will America Swallow the Bitter Pill of Socialism?