Stunning: Mueller Says He’s ‘Not Familiar’ With Fusion GPS, the Firm Behind the Steele Dossier 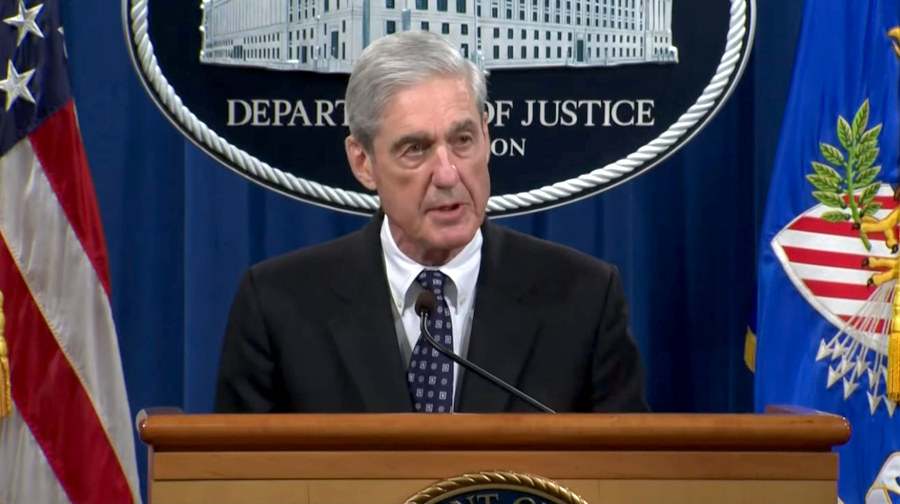 Former special counsel Robert Mueller said Wednesday that he was “not familiar” with Fusion GPS, the opposition research firm that commissioned the Steele dossier.

Mueller revealed his surprising lack of familiarity with the firm during an exchange with Ohio Rep. Steve Chabot, a Republican member of the House Judiciary Committee.

“I’m not familiar with that,” said Mueller, while scouring through his 448-page report of the Russia probe.

“Let me just help you. It was. It’s not a trick question or anything. It was Fusion GPS,” said Chabot.

The Republican laid out links between Fusion GPS and Natalia Veselnitskaya, the Russian lawyer who attended the June 9, 2016 meeting at Trump Tower with Trump associates.

“This is outside my purview,” Mueller said when asked about the issue.

Mueller’s lack of familiarity with Fusion GPS is something of a surprise given its prominent role in creating the dossier, which former British spy Christopher Steele authored and the Democratic National Committee and Clinton campaign funded.

The FBI relied heavily on the dossier to obtain wiretap warrants against former Trump campaign adviser Carter Page. The Justice Department’s inspector general is investigating whether the FBI misled the federal surveillance court by relying on Steele’s unverified report.

Mueller’s investigation undercut the dossier’s core allegation that the Trump campaign engaged in a “well-developed conspiracy of co-operation” with the Russian government.

Mueller told lawmakers in his opening remarks that he would not discuss the dossier or the origins of the Russia probe.

“I therefore will not be able to answer questions about certain areas that I know are of public interest. For example, I’m unable to address questions about the initial opening of the FBI’s Russia investigation, which occurred months before my appointment, or matters related to the so-called Steele dossier,” Mueller said.

“These are matters of ongoing review by the department and any questions on these topics should be directed to the FBI or Justice Department,” he added.