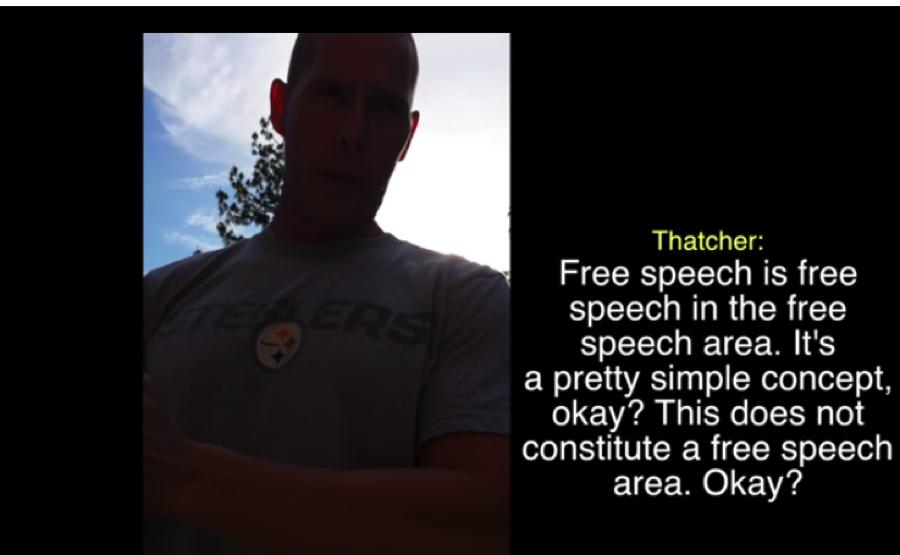 Students at the University of California, Fresno sued a professor Thursday for wiping away pro-life chalk messages that were approved by the university.

The Students for Life group at Fresno and the group Alliance Defending Freedom are suing Dr. Gregory Thatcher, who teaches public health at the university, for scrubbing out pro-life messages the group had chalked on a walkway earlier in May, according to a press release obtained by The Daily Caller News Foundation.

“We have a teacher that’s telling us to get rid of it,” an unnamed student confronted by Students for Life for wiping out the chalk said in the video.

The female student then directed the camerawoman to Thatcher.

“You had permission to put it down,” said Thatcher while scrubbing out a message. “I have permission to get rid of it. This is our part of free speech.”

“College campuses are not free speech areas. Do you understand? Obviously you don’t understand.”

“Fresno State Students for Life received full permission to chalk pro-life messages near the library. Rather than countering with his own message, Dr. Thatcher took the illegal approach of censoring speech and inciting students to help in this,” stated Kristan Hawkins, Students for Life of America’s president, in the press release. “No students should have to endure this kind of intimidation and harassment for simply expressing their views, but especially not those who want to help the women betrayed, and the preborn children killed, by the abortion industry.”

“The university’s policy is clear: free speech on campus is not limited to a ‘free speech zone’ or any other narrowly defined area,” said Joseph I. Castro, president of Fresno State. “The students who wrote the chalk messages received prior university approval and were well within their rights to express themselves in this manner.”

“Those disagreeing with the students’ message have a right to their own speech, but they do not have the right to erase or stifle someone else’s speech under the guise of their own right to free speech. We are reviewing this matter and take the situation very seriously.”