Stream Writers’ Picks: Go-To-Movies When You Are Shut In 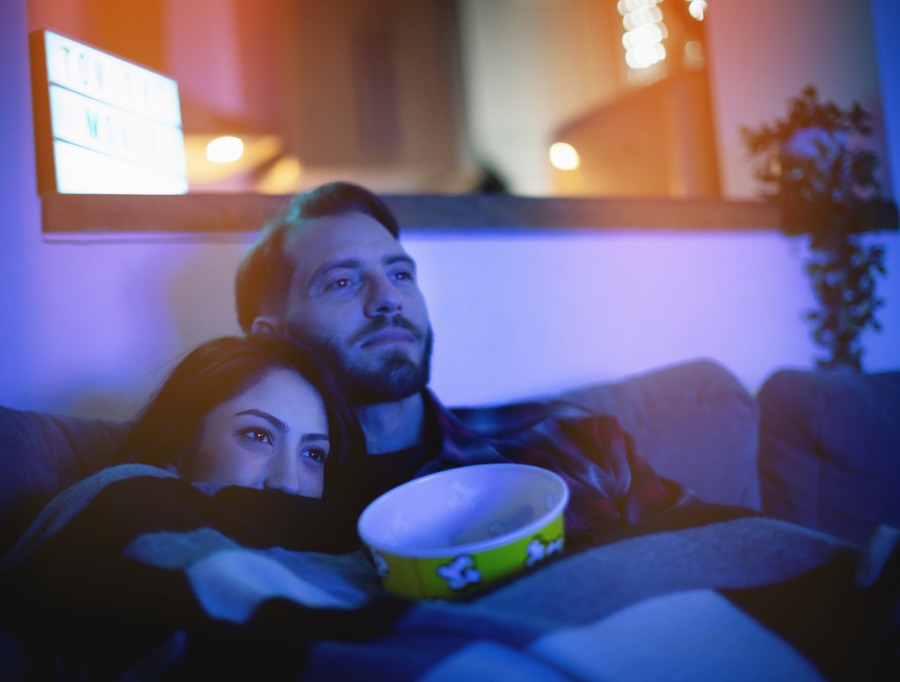 Some flicks you just gotta see over and over again. Especially in times of stress. Especially, now, when a vast percentage of us are stuck at home.  (Does channel surfing count as a sport?) You know the films I’m talking about. Your go-to’s. Maybe they’re a classic, maybe they’re a popular popcorn favorite, maybe no one else with eyes but you thinks the film rates. But when you come across it running or find it on demand, you must watch.

We’ve asked some of our Stream writers to come up with a couple of their go-to’s. Here’s their response. I hope you will offer up your (family friendly) suggestions, too!

Few people know this, but Sir Isaac Newton had a Fourth Law of Motion: “A Body That Spots Princess Bride Will Stop to Watch Princess Bride.” Since this is an accepted scientific law, I shall move on.

Instead, I want to highlight two other movies: Dan in Real Life and The Count of Monte Cristo.

Dan in Real Life was victimized by the absolute worst trailer in Hollywood history. The trailer made it out to be a wacky Steve Carrell comedy in the wake of Anchorman and The Office, rather than an incredibly warm, richly funny, brilliantly written and exquisitely acted film.

Carrell plays Dan, a widower with three daughters 17 and younger, who aren’t too pleased with him. While on an errand during an extended family gathering, Dan meets Marie —played by the wonderful Juliette Binoche — at a bookstore. The two have an instant, powerful connection. However, to the horror of both, they soon discover she is his brother’s brand new girlfriend also in town for the gathering. Dan is then forced to bury his feelings and his secret, all while his family falls for Marie.

The following scene gives you the flavor of the film without giving anything away…except perhaps one of the funniest line deliveries by a teen actress in memory.

The Count of Monte Cristo

Over Easter weekend many re-viewed The Passion of the Christ. Jim Caviezel’s  portrayal of Jesus in the final days and hours of his life in Mel Gibson’s masterpiece stands as one of the great acting achievements of our generation. Yet two years before Passion, Caviezel starred in a remake of The Count of Monte Cristo, featuring a young Harry Caville, or as he’s also known now, Superman. Whenever we come across this film, we are glued to the couch.

Sure, we joke that the lead actresses’ mouth doesn’t seem to move the entire film. But watching Caviezel’s transition from a naive sailor to battered, embittered prisoner who’s lost his faith to elegant Count who finds a way to regain it, is a ride like few others.

Think that looks exciting? Jim Caviezel confirms Mel Gibson is set to film a sequel to Passion of the Christ. Braveheart writer Randall Wallace co-wrote the script. Caviezel marvels at what Gibson and Wallace have come up with, boldly declaring, “It’s going to be a masterpiece. It’s going to be the biggest film in world history.” The film will focus on the events that occurred during the 3 days between the crucifixion and resurrection. IMDB says The Passion of the Christ: Resurrection is “expected March 31, 2021.” Or just in time for next Easter.

Since these are some discouraging times, I thought I would recommend two of my favorite comedies, two lesser known movies that you might not have seen yet.

Canadian Bacon stars the late John Candy and several other well-known actors, including Alan Alda and Rhea Perlman. Alda plays the U.S. president, who wants to start a war in order to distract people from blaming him over the shutdown of a weapons manufacturing plant. After having no success engaging Russia, he comes up with Canada. He tells the public how awful Canada is, as if the U.S. is on the brink of war with the country. Soon TV stations are full of anti-Canada propaganda.

Candy plays a bumbling sheriff on the border with Canada who buys into the feud wholeheartedly. He and his friends dress up as Canadians and attempt to destroy a U.S. hydroelectric plant. Then they sneak across the border to dump garbage on Canadian land. It gets sillier after that. One of the best scenes is when Candy and his friends are driving around in a large truck in Canada with anti-Canadian graffiti all over it. They get pulled over … by comic acting great Dan Aykroyd.

This is the late Chris Farley at his best. He plays a bumbling oddball who drives an advertising truck for his brother’s campaign for governor of Washington. His brother is played by Animal House star Tim Matheson.  Farley is such a train wreck that Matheson’s campaign manager advises him to get rid of him. Instead, a smarmy campaign aide played by frequent Farley foil David Spade is assigned to manage him.

Like trying to stop underage kids from drinking but photos make it look like he’s drinking with them. Or showing up at an MTV Rock the Vote campaign where he hangs out with Rastafarians and is mistaken for his brother. He gets up on stage and makes a fool of himself, culminating with yelling “Kill Whitey!” to the stunned audience.

Matheson finally fires Farley. But does Farley end up saving the day for his brother? You’ll have to see. (Though it’s not hard to guess.) In the meantime, here’s the trailer.

Of all the theatres in all the towns in all the world, I thought, she’ll walk into mine. Still, I told her, if she didn’t see it with me, she’d regret it. Maybe not today, maybe not tomorrow, but soon, and for the rest of her life. When the movie played at the local theatre a few months ago, my wife agreed to come but threatened to hurt me if I said any of the lines out loud. I’m no good at being noble, I said, but it doesn’t take much to see that the problems of two little people don’t amount to a hill of beans in this crazy world. And then, with all the romance I could manage, I said: Here’s looking at you, kid.

The movie was, of course, Casablanca. It’s a great drama and romance and a bit of a first-class comedy and a first-class thriller as well. But it’s also a great movie for people struggling to do the right thing. The characters don’t ask to make the choices they have to make. They get dropped into the drama. They think of good reasons to try to get what they want and do the right thing at the same time. Which they can’t. But they do the most right thing, in one of the great movie endings of all time. It doesn’t work out, but it does.

One more thing. Casablanca has the greatest sing-along scene in movie history. You’ll want to stand and sing along, and cheer at the end.