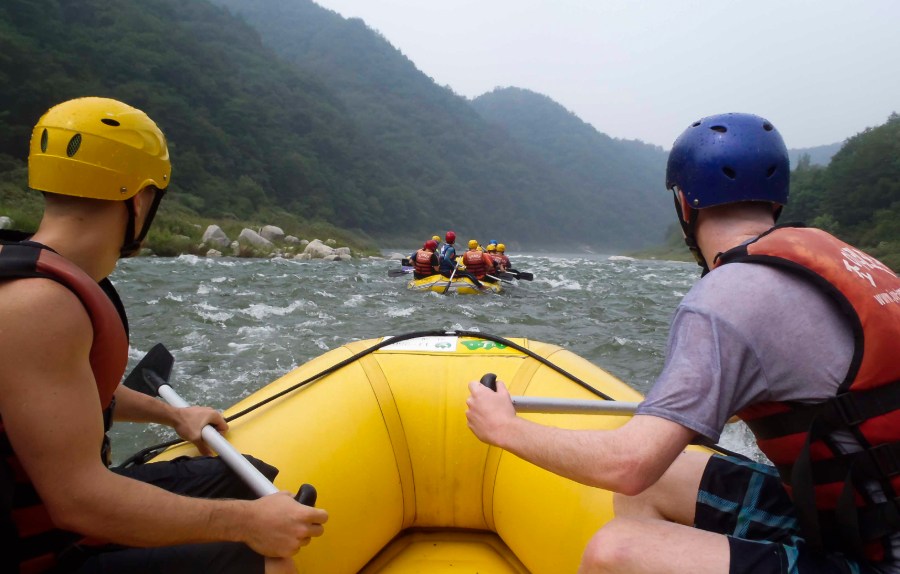 U.S. Airmen look down the river as they prepare to paddle down rapids during a water rafting trip on the Naerincheon River, Republic of Korea, Aug. 23, 2014. A five-year journey from concept to screen, Unplanned brought together remarkably diverse creative, financial and ideological backing for its life-affirming message. Catholics and evangelicals, pro-life ministers and medical professionals alike joined forces. The wide range of voices involved can be seen in seven noteworthy cameo roles in Unplanned. When I was 20, I dated someone I thought I was head over heels in love with. It was a relationship that got very intense very quickly. It got to the point that I lived at his apartment more often than my own and he would get angry if I wanted to leave for any length of time.

One morning, I snuck out before my boyfriend woke up. As I was driving home, a wave of nausea came over me, which was very unusual for me. I already knew my period was a little bit late, but it tended to be pretty irregular as it was. I didn’t give it much thought until I was throwing up on the side of the road. I started mentally preparing myself to take a pregnancy test. All four of them were positive. Last week, The Stream reported on the British government’s prosecution of Caroline Farrow. A Christian mother of four and prominent pro-life journalist, she was charged by pro-trans activist Susie Green with “misgendering” Green’s son. (The young man has undergone sex-change treatments and now claims to be a woman.) Farrow faced prison time and large fines.

We followed up with Mrs. Farrow on her case. Oliver Waters has a problem with Western Civilization. He represents a self-congratulating group I call “internet atheists.”

Waters writes to cheer a university’s decision to nix plans for a degree in Western Civilization. In part because, he says, “Many, many more terrible ideas arose in this part of the world than good ones.” The worst of it is what came from Judaism and Christianity.

Obviously no historian or Christian apologist would try to defend everything in Western history. But what Waters says here is pure rubbish.