Stranger Things and Abortion: The Upside Down World of Forbidden Grief 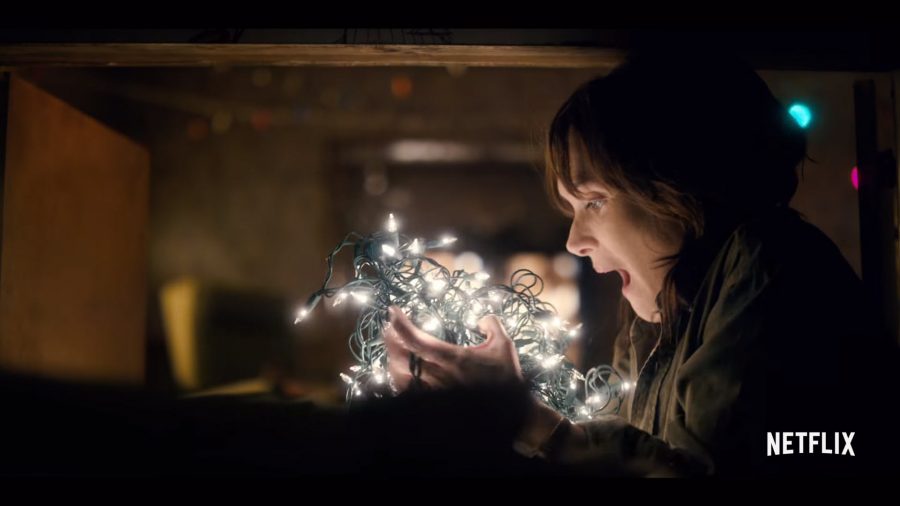 In the popular Netflix series Stranger Things we learn of a secret government program during the 1980’s in Hawkins, Indiana.

Here in this government laboratory scientists perform human experiments to develop special mental powers, such as the ability to move objects with the mind and travel to different dimensions.

While some volunteered for the project, others were kidnapped and held as prisoners. Two of the subjects included a pregnant mother named Terry and her daughter.

This child, known as Eleven (from the number tattooed on her wrist) was taken at birth and separated from her mother. Scientists told Terry that the baby had died.

The mother suspected otherwise. As she came closer to the truth researchers used strong doses of shock treatment to silence her.

An Upside Down Doorway to Hell

Using familiar themes found in science fiction and the Bible’s book of Genesis, Stranger Things tells a tale of how mankind’s pride opens the door to evil.

Eleven (aka El) cultivated strong mental powers as she grew into early adolescence at the government laboratory. Through special experiments, she developed the ability to travel to other dimensions and move large objects with her mind.

In one experiment, El travels into an altered reality. She wakes up on the other side of the world. There she encounters a Russian spy and gathers intelligence for the government.

But this experiment opened the door to a shadowy reflection of their small Midwestern town. This other dimension is dubbed the Upside Down, and a monster spawned there enters Hawkins through portals created by the experiment.

The creature is a living and very intelligent virus. The monster has large tentacles and spider webs of flesh and goo that trap its prey. The creature then enters through the mouth and slowly sucks out the life of its victim.

One of the early targets of the virus is Will, played by Noah Schnapp.

Will is part of a group of middle-school boys who share a strong bond of friendship, and a special love for the fantasy game Dungeon and Dragons.

The monster snatches Will from his garden shed and takes him to the Upside Down. When Will goes missing, he is presumed dead by the police and citizens of Hawkins.

Through a Glass Darkly

Will’s single mother Joyce, played by Winona Rider, feels sure that her missing son is alive.

Will is able to communicate with his mother while trapped in the Upside Down by using his mind. He sends messages to his mom at their home by making lights pulsate and through manipulating household appliances like the wall-mounted phone and the boom box (don’t forget, it’s the 80s).

In one very moving scene, Joyce nestles inside a cabinet in her living room, cradling a bundle of flashing Christmas lights close to her heart. The lights convince her that Will is alive. She is desperate to rescue him from danger and won’t let anything stop her.

Joyce declares: “I don’t care if anyone believes me; I won’t stop until I find my boy.”

Others in the community think she has lost her mind with grief and is unable to accept the death of her son.

A series like Stranger Things can serve as a vehicle to express what is kept hidden in a community and culture.

Stories can help give a voice to buried grief and painful emotions. They can touch those dark shadowy places in our own Upside Downs.

The episodes have a number of references to the politics, music and culture of the 1980s. But the theme of missing and endangered children found in Stranger Things (and the recent Stephen King movie It) taps another disturbing fact about that decade: The national abortion rate was rising.

In towns and cities across the U.S., millions of children were missing:

Every day in abortion centers across our nation abortionists do a procedure that is very similar to the methods used by the monster of Stranger Things. The doctor uses a vacuum abortion machine that enters the womb of a woman and sucks out a living unborn baby.

In later-term procedures, the abortionist dismembers the living child in the womb and removes the body parts of a fully formed baby.

What is the impact on the mothers and fathers who participate in the death of their unborn children?

Listen to a woman who had an abortion during her freshman year of college, and her experience of watching Stranger Things:

When I watched the separation of El from her mother at birth, it connected me to so many painful memories and anger about my abortion that were buried deep in my past.

It brought back to how the abortion procedure separated me from my baby.

Mothers and fathers who come to regret their abortions have a need to share their stories and develop a spiritual connection with their unborn children. But our society makes this difficult to do.

A woman who felt pressured by her parents and boyfriend to abort her child shares:

I was really drawn to Joyce. She knew her son was alive.

In that scene where she is holding the Christmas lights and trying to connect with her son … I found myself weeping once again for my child I lost to abortion.

For many years after the abortion I was drinking too much and in bad relationships.

I was missing my child. I needed to connect with my baby and know he was ok.

I did find that peace when I went through a healing program for abortion loss.

Mothers and fathers who come to regret their abortions have a need to share their stories. To develop a spiritual connection with their unborn children. But our society makes this difficult to do. The memories and feelings can remain trapped in the upside down world of Forbidden Grief.

Making Peace with the Christ Child

The Christmas season features the familiar story of a pregnant Mary and her faithful husband Joseph. Angels and shepherds announce the birth of the Christ child.

This can be a difficult time for those with a past abortion.

As women and men enter into the joy and excitement of the Holidays and put up their flashing Christmas lights, they may also feel a nagging sense of pain and grief.

They may find themselves staying busy, drinking that extra glass or two of wine. Many can feel overwhelmed with the pace and demands of the season.

This can be a good time to step back from the holiday hustle and bustle and consider a New Year’s resolution.

The Stranger Things adult world is made up of imperfect parents and corrupt government officials.

Yet Will and his friends remained loyal and caring to one another as the monster gained power. Their friendship provided the strength and confidence they needed to rise above their fears to support and protect one another.

Those with a past abortion can find a similar place of support so they can achieve healing and peace. Like Will, they can find their way back to their true selves, the one that exists not in the shadows of the upside down, but in the light.