He loved God. And that meant he loved animals the way animals should be loved 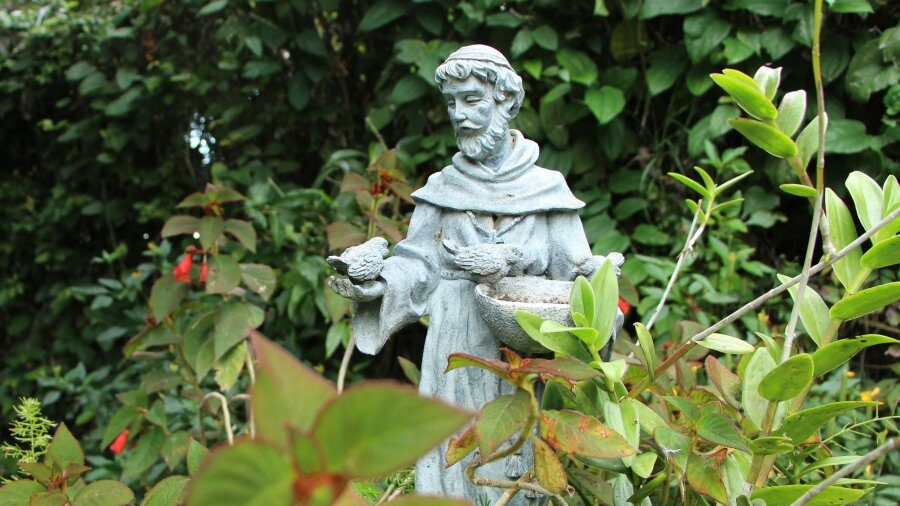 St. Francis of Assisi didn’t love animals. At least not in the way you think. Many Christians around the world remember him on this day. But not everyone remembers the real Francis.

Most people — most secular people — seem to picture him as the perfect hippie. He lived in tune with nature, thought well of everyone, didn’t judge anyone, didn’t want much, just liked to live a simple life. And of course he loved animals. Unlike modern hippies, he didn’t use drugs and sleep around and “liberate” things he wanted that belonged to other people. A cool guy.

Moderns see him “as a figure in secular history and a model of social virtues,” G.K. Chesterton said in his book, St. Francis of Assisi, as “a humanitarian hero; indeed as the first hero of humanism.” He wrote the book in 1923, and already the culture had turned the saint into someone he wasn’t — someone most people liked a great deal more than they would have liked the real Francis.

Because the real Francis was awfully religious. He lived the kind of life that makes people question their own, and few of us like that. The less Christian you are, the less you’re going to like someone who loved God as much as Francis did. But he was still such a cool guy to remember. Especially the stuff with the animals.

For more on Francis, see David’s article on how our pets can help  us live more like Jesus.

So his modern followers, Chesterton wrote, treated his religion as something everyone did back then. Nothing we need think about now. “His religion can be regarded as a superstition, but an inevitable superstition, from which not even genius could wholly free itself.” He couldn’t help being like that. “It would be unjust to condemn St. Francis for his self denial or unduly chide him for his chastity.”

People then and people now get Francis very wrong, because they leave out his faith. He was as sold out to God as probably anyone in human history.

Jesus’s instructions to seek first the Kingdom of God, he did that. Completely. The even harder instruction to sell all you have, give it to the poor, and follow Jesus with nothing? He did that too. When he took up his new life following Jesus, he walked away from home naked. He never stopped depending totally on God for everything.

He showed the most radical trust in God. I won’t go over the story here, but it’s amazing. If you want to know more, Wikipedia’s entry on Francis is surprising good.

The Animals Loved Him

His follower St. Bonaventure explained this in the life of Francis he wrote about forty years after Francis died. When Francis thought about the God who’d created both man and animal, “he was filled with an overflowing charity. He would call the animals, however small, by the names of brother and sister, because he recognized in them the same origin as in himself.”

Francis wasn’t an animal-lover the way we think of animal-lovers. He loved animals not first for themselves, but because God created them too. He really loved the ones that pointed him to God.

Bonaventure explains that “He loved with an special warmth and tenderness those creatures that point to the holy gentleness of Christ, and that Scripture uses to point to Him.” He would often save the life of a lamb about to be killed, because it reminded him of  “that most gentle Lamb Who let himself be brought to the slaughter for the redemption of sinners.”

Bonaventure concluded: “The holiness of this blessed man was of such wondrous sweetness and might as that it conquered wild beasts, tamed woodland creatures, and taught tame ones, and inclined animals that had revolted from fallen man, to obey him. This kind of faithfulness allies all creatures with itself.”

St. Francis’s way of loving animals gives us a model. By loving God first, he puts animals in their place. Weird things happen when we don’t. We treat them as “fur babies,” as if they were as important as human beings. Worse, people can give them almost mystical capacities.

Chesterton’s famous detective Father Brown explained this in a story called “The Oracle of the Dog.” Everyone else gets the murderer wrong because they read too much into a dog’s barking. They thought he had some special mystic insight into guilt. I have been with people who judged other people by the way their dog or cat reacted to them. When anyone who knows animals know that dogs love even the worst people and cats hate everyone.

Father Brown didn’t make that mistake. He loved and knew God. That meant he saw the dog as a dog and knew why he barked. He let dog be dog, you might say. Because he let God be God.

Their mystical mistake about the dog was one effect of a modern trend, he explained. “People readily swallow the untested claims of this, that, or the other. It’s drowning all your old rationalism and skepticism, it’s coming in like a sea; and the name of it is superstition.”

The priest stands up, frowning. “It’s the first effect of not believing in God that you lose your common sense and can’t see things as they are. Anything that anybody talks about, and says there’s a good deal in it, extends itself indefinitely like a vista in a nightmare,” he says.

And a dog is an omen, and a cat is a mystery, and a pig is a mascot and a beetle is a scarab, calling up all the menagerie of polytheism from Egypt and old India; Dog Anubis and great green-eyed Pasht and all the holy howling Bulls of Bashan; reeling back to the bestial gods of the beginning, escaping into elephants and snakes and crocodiles; and all because you are frightened of four words: “He was made Man.”

The quotations from Bonaventure’s life of Francis have been modernized.